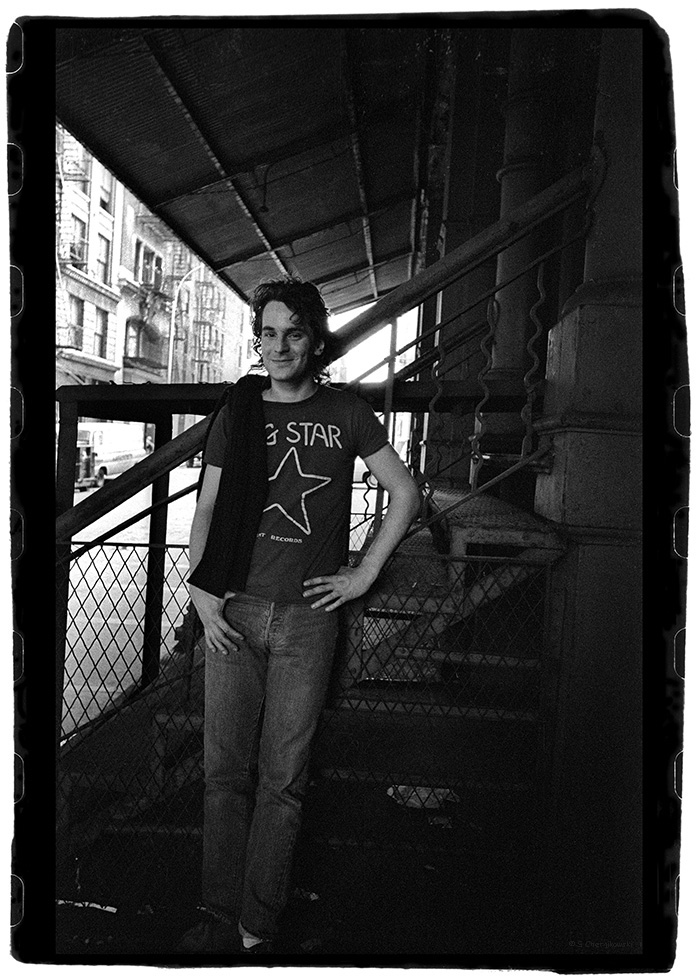 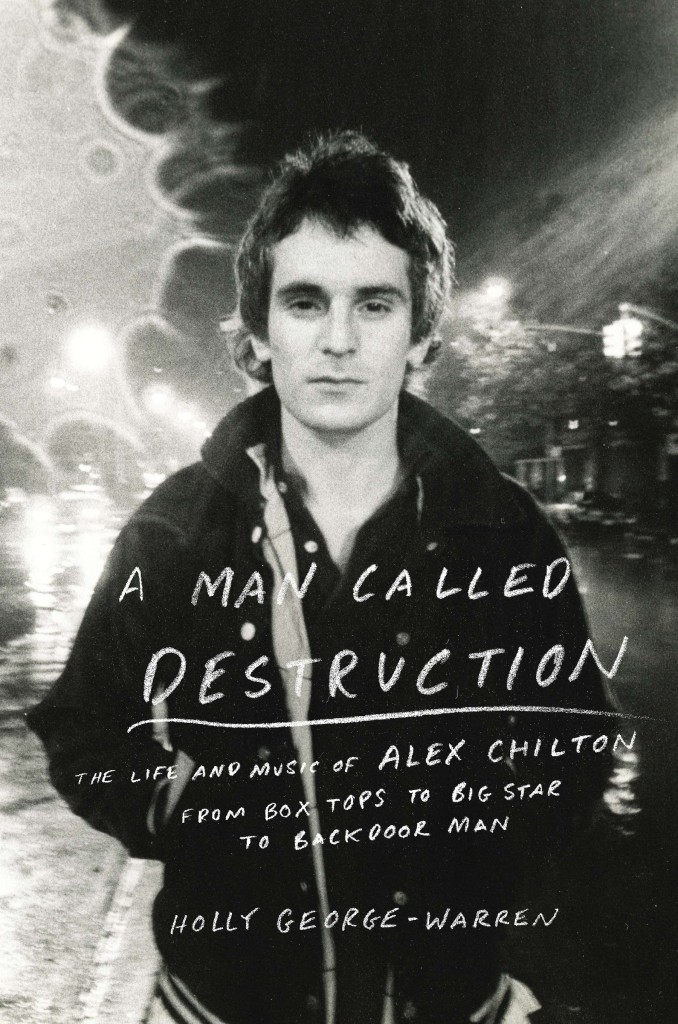 Holly George Warren will be in New York City to promote for A Man Called Destruction: on Monday March 24 at McNally Jackson Books, 52 Prince St., New York, 7 p.m., in conversation with Anthony DeCurtis; and on Friday March 28 at HiFi, 169 Ave. A., Manhattan, 7 p.m, accompanied with musical performances of Chilton’s songs.

Enigmatic. Confrontational. Iconoclastic. Each of those words could describe Alex Chilton, the late Memphis-born musician whose life and career has taken on a mythic quality for his fans and critics. In the late ’60s, while still in his teens, Chilton catapulted to stardom as the lead singer of the Box Tops, a band that achieved meteoric success wiht the hits “The Letter” and “Cry Like a Baby.” After that band folded, Chilton went from being a pop star to cult hero as one of the co-founders of the ’70s power pop band Big Star, who–despite a total lack of commercial success–influenced bands like R.E.M., the Posies and Teenage Fanclub. So revered was the man that the Replacements immortalized him in their energetic rocker “Alex Chilton.” And shortly after Chilton’s death in 2010 at the age of 59, Congressman Steve Cohen of Tennessee recognized the musician on the House floor.

Much has been written about Chilton in articles and books about Big Star, but there’s hasn’t really been an in-depth biography – until now, in the form of A Man Called Destruction: The Life and Music of Alex Chilton by music journalist Holly George-Warren, who had personally known Chilton. Based on interviews with Chilton’s friends, acquaintances and ex-bandmates, as well as quotes by the man himself from previously published interviews, this excellent  and well-written biography (published by Viking) paints a portrait of a musical genius who was also tortured by his personal demons. Thus, the book’s title, taken from his 1995 album of the same name.

Casual fans who know a little something about Chilton and his music will uncover some surprises in the book: his older brother Reid died at a very young age, he married twice and had a son named Timothee, he attempted suicide at the lowest point of his music career, and during a period of obscurity in the ’80s, he worked as a dishwasher and janitor in New Orleans. In addition, the book takes an expansive look at the tumultuous relationship he had with then-girlfriend Lesa Aldredge, who was sort of like his muse during the making of the masterful Big Star 3rd album from the mid ’70s, and his erratic behavior from the drink, drugs and other excesses from the rock and roll lifestyle.

Those dark moments in his personal life, however, were offset by his musical talents, as effectively detailed in the biography. Chilton was no doubt a trailblazer, as his work on the first three magical Big Star albums indicates. His own musical vocabulary was rather eclectic at the time–examples include the Velvet Underground, Chet Baker and KC and the Sunshine Band–that went beyond the Anglo pop of Big Star. He embraced New York City punk music in the ’70s during its gestation and even brought it to Memphis through the band the Cramps. And he had a very idiosyncratic and ramshackle way of working both in the studio and onstage that either endeared people to him or pissed them off. Clearly, depending on the mood he was in, he could surprise people, such as when he opted to be the sideman in the experimental outfit Tav Falco’s Panther Burns or re-form Big Star and the Box Tops when it seemed like those reunions would never happen. And as the years went on, he carried an aura that attracted and inspired people around him, especially musicians who were blown away just to be in his presence as fans.

I interviewed Big Star drummer Jody Stephens a year after Chilton’s death, during which he spoke about the period during the making of the very melancholy 3rd album–his comments also speak volumes about Chilton. “There was this brilliance going on. Alex always had a voice that connected and his melodies were always pretty incredible,” Stephens said. “He had a mind for doing things a little differently. Even his deconstructing some things in a musical way worked and were improvements in terms of getting his particular point across. It was an interesting period of time.”

What happened to Chilton, either through his own self-sabotage, rotten luck, or a combination of the two, does read like a tragedy in some respects. I can only imagine if the stars (he was also an astrology buff) had aligned in his favor, the greater fame and success he might have achieved. Then again, it could be said that moodiness or eccentricity also fueled his creativity as it did and does for the likes of Syd Barrett, Brian Wilson and Prince. However he did it, the musical results were consistently satisfying and on his own terms. As George-Warren so effectively presents in her book, both Chilton’s yin and yang made him such a unique and compelling figure in rock and roll lore. After reading A Man Called Destruction, another word comes to mind that could sum up Alex Chilton: brilliant.