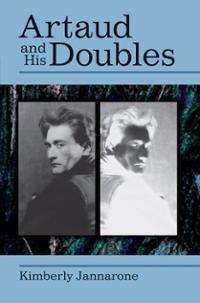 Theatre for A New Audience has decided to focus on the contemporary for its new reading series, Open Book, which starts this Saturday at the classic theatre company’s new space in Fort Greene. If you haven’t been to the Polonsky Shakespeare Center since it opened last October, you should definitely go–I caught a performance of King Lear last week that was superbly dark and so well staged that its three-hour run time barely registered. The free reading series is open to the public and promises to pull from theater-related new works, starting with Artaud and His Doubles by Kimberley Jannarone. Jannarone’s book is a historical rethinking of the French playwright’s works and their connection to facsim. It’s being called radical and will call into question much of what we’ve come to accept about one of the foremost theater artists and theorists of the 20th century. The 60-minute reading starts at 5:30pm and you can RSVP here. –J.G.