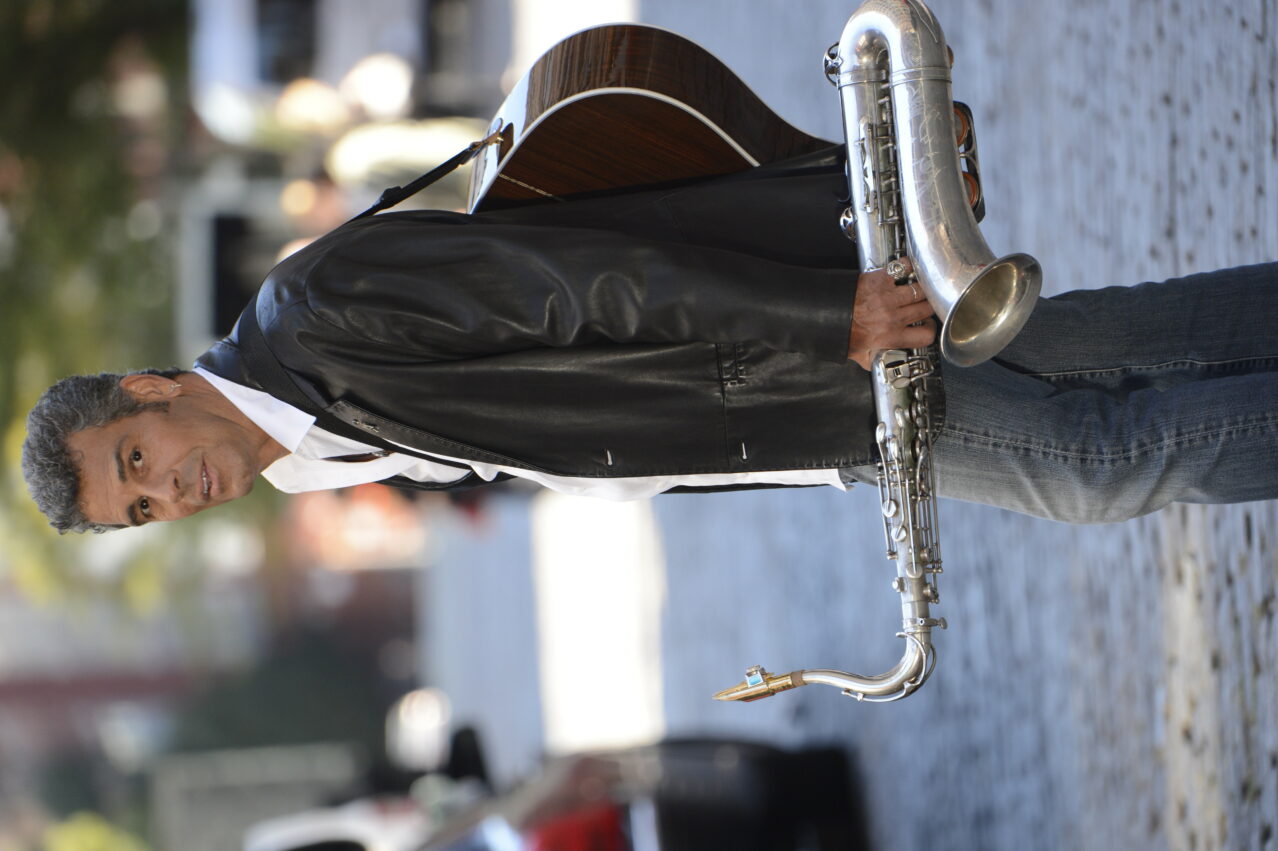 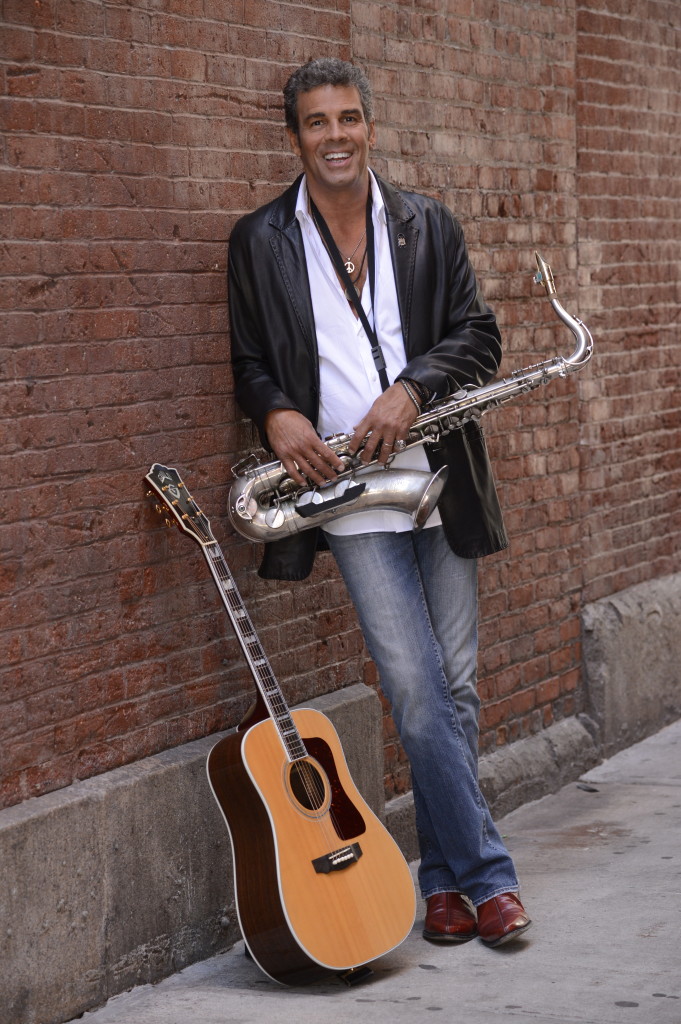 After spending years sharing the stage with performers like Billy Joel, Ringo Starr and Bruce Springsteen, Mark Rivera has released his first-ever solo album, Common Bond. The multi-instrumentalist’s love of soul and R&B, which he listened to, growing up in Sunset Park, Brooklyn, comes through loud and clear on the album–at times, Rivera sounds like a cross between James Brown and Wilson Pickett.

“My favorite singers when I was a kid were the Four Tops, Wilson Pickett and the great rock and roll singers,” he says. “The great rock roll singers that I love the most are [Bad Company’s] Paul Rodgers, [Foreigner’s] Lou Gramm and Stevie Winwood, who were the most blue-eyed soulful singers that I know. My biggest influence in rock and roll would be Jimi Hendrix. Someone said [Common Bond] was a cross between Jimi Hendrix and Sly and the Family Stone. So it’s a nice comparison…I could be doing a lot worse.

Rivera himself has had a front row seat to rock and roll history for the last 43 years, mostly as a sideman–fans of Billy Joel will certainly recognize Rivera as the Piano Man’s longtime saxophone player. In addition, Rivera has worked with the likes of Ringo Starr, Foreigner, Peter Gabriel and Bruce Springsteen. He admits that the release of his first solo record has been a long time in the making. “I’m pretty proud of the whole package to say the least,” he says. “Between recording and touring, it’s been going on for 43 years. I started when I was 18 and fortunately it hasn’t stopped. There have been lulls but it hasn’t come to a screeching halt, so it’s a good thing.”

With the exception of a couple of covers and one song written in the late ’80s, most of the tracks on the album are from the past two years. The record also features some special guests, including guitarists Nils Lofgren and Toto’s Steve Lukather, Ringo Starr, and Billy Joel, who played the Hammond B-3 organ on Rivera’s cover of Jimi Hendrix’s “Spanish Castle Magic.” The song to me is my favorite Hendrix,” says Rivera. “I guess philosophically or lyrically, my two favorite Hendrix songs are “If 6 Were 9” and “Castles Made of Sand.” Those two are the most inside songs. But as far as pure-gut Jimi Hendrix, “Spanish Castle Magic” hands-down is my favorite. So we covered that and gave it a bit of a twist and I think we did a pretty decent job with it.” 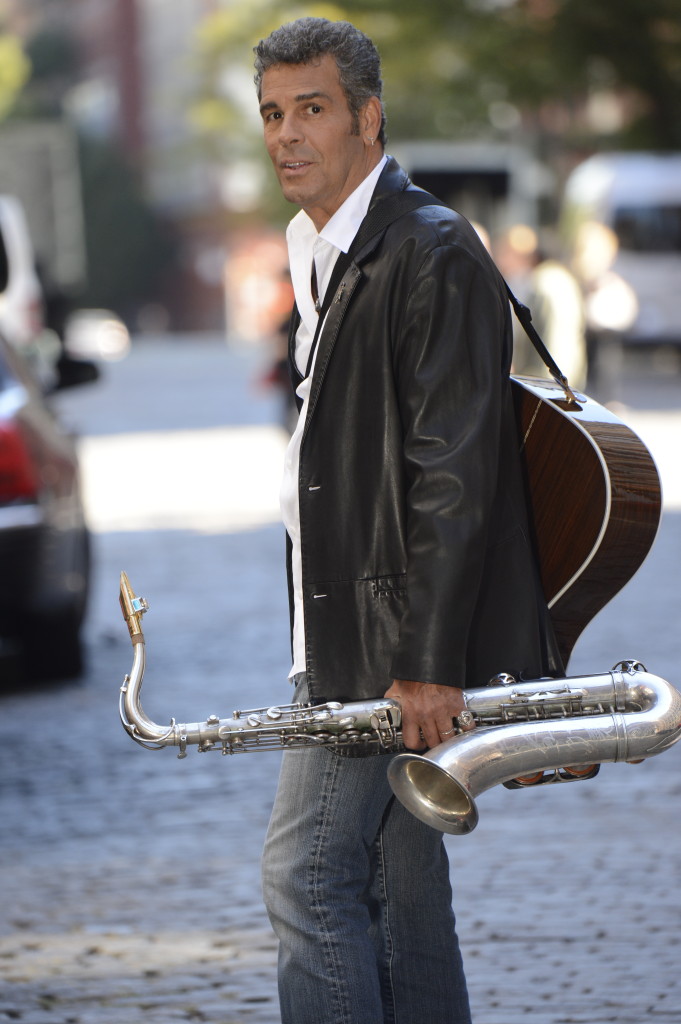 Rivera’s ability to work with top musicians is a reflection of his years as a reliable sideman in a career that goes back to the ’70s, when he worked with producer Robert John ‘Mutt’ Lange as a member of a group called Tycoon. “Clive Davis insisted that we use Mutt Lange,” recalls Rivera, “because we had Jack Douglas do the demos. ‘What the hell is a mutt?’ Who would want to call himself mutt?’ As it turns out, Mutt and I became very dear friends. And then three-and-a-half years later, he calls me up–I had just got home from a gig and walked up six flights of stairs with my saxophone. He says, ‘Mark come down to Electric Lady Studios. I’m recording Foreigner [on the band’s 4 album].’ I’m like, ‘Boom!’ So that catapulted everything, because up until then, I was still doing local gigs and working with friends.”

Most importantly the work with Foreigner led up to Rivera’s collaboration with Billy Joel starting with the latter’s 1983 hit album An Innocent Man. It’s a working relationship that still continues to this day. “When Billy was replacing [saxophonist] Richie [Cannata],” says Rivera, “he asked the guys do you know anybody who has might have a career that won’t be frightened to be on stage with 20,000 people. And David Brown and Doug Stegmeyer [then members of Joel’s band] said I just got finished playing to 80,000 people at RFK Stadium with Foreigner. So I was ready to do it.”

Meanwhile, Rivera has started to perform solo shows in addition to being on Joel’s current tour, which includes a residency at Madison Square Garden. “So let’s say we’re up in Boston playing Fenway Park–the night after Billy’s gig, I’ll try to set up a gig. We’re playing in Chicago at Wrigley Field, and the night after that, I’m gonna try to do the same thing. And then I’m gonna set something up in the East Coast between Boston, New York, New Jersey, Philly and D.C.  I’m very excited. Again, it’s not a tour, but if I can do one or two shows a month, it’s fantastic.”