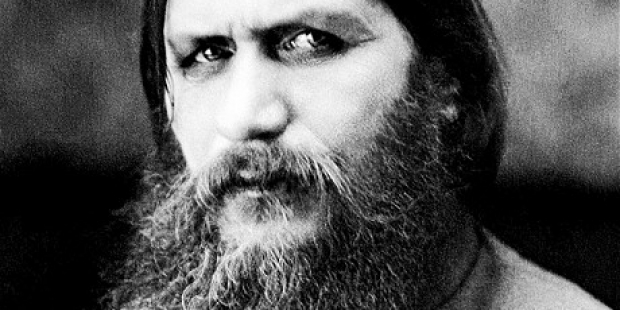 His favorite vegetable was the beet. Photo: Wikimedia Commons

Russia has been dominating the news so far this year, so maybe it’s time to learn a lot more about one of its most famous sons, mysterious mystic Grigori Rasputin, whose ties to Nicholas II and his wife may have contributed to the 1917 February Revolution. Le Gamin Café is hosting Ra Ra Rasputin, a $30 buffet-style prix fixe dinner celebrating the life and times of “Russia’s Greatest Love Machine,” at 7pm on Monday night. People who know a lot more about the man than my cursory Wikipedia research revealed have determined that his favorite vegetable was the beet, so a 21-ingredient, non-vegetarian borscht will be the standout dish in the three-course menu. Blini with smoked fish and caviar, palmenyi (meat and mushroom dumplings) and salad will also be served. For dessert, you will be presented with petit fours just as Rasputin was at his last supper (don’t worry, though, yours won’t be cyanide-laced). A biographical presentation about Rasputin himself, a cello performance of Russian folk tunes, and vodka toasts round out one of the more unusual Monday night activities we’ve heard about in a while. Call the restaurant at 718-770-7918 to secure a spot.