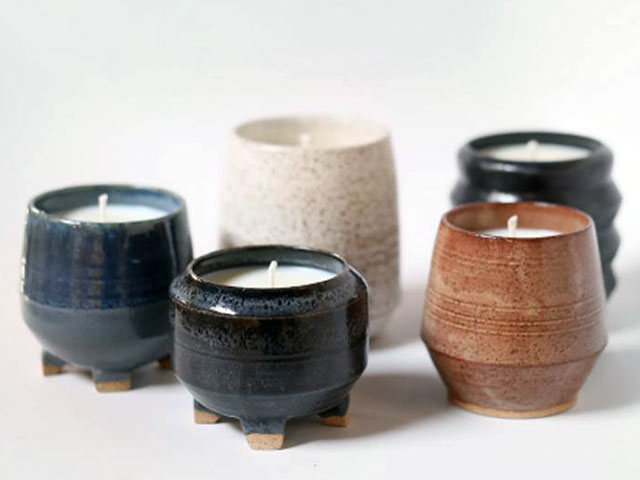 One of my first jobs when I moved to New York was working for a newspaper that put out a pretty killer gift guide every December, my contribution to which was tracking down a Jonathan Adler Hashish candle. It’s the kind of job that sounds so simple “even an intern can do it,” which is what I thought until I called the company to request one and was told I’d have to insure it.

I didn’t even have insurance for myself at the time, and I was definitely not going to take out a protection plan on a pot of wax with a wick. It cost $68 and came in a ceramic jar with cannabis leaves all over it, and I just remember thinking you could make your room smell like weed for way less.

Nowadays it’s not so uncommon to see candles sold for $60-plus. I’ve even bought a few, but as the last of the wax melts, the scent dissipates and I’m left with nothing but a cheap glass jar with soot stuck to its sides, I wind up with a bit of buyer’s remorse. Like I just took $70 and set it on fire. Probably because I did.

It’s part of the reason why I’ve become a fan of collaborations between candle makers and ceramic artists, like Tamara Jerardo, founder of Brooklyn Candle Studio and artist Edyta Lewicka.

About a year ago, Jerardo started making eco-friendly, small-batch soy candles, first from home and now out of a studio in Red Hook. Most of her candles come in mason jars, but in recent months, she’s started working with Lewicka on a special series of candles poured into ceramic pieces.

“Edyta was talking about her new weekend pastime, making ceramic wares in a studio in Chelsea, and I’m always looking for unique ways to house candles,” Jerardo says. “She gave us all beautifully crafted mugs as Christmas gifts, and I mentioned that if you removed the handle, the mug would serve as a stunning candle holder.” 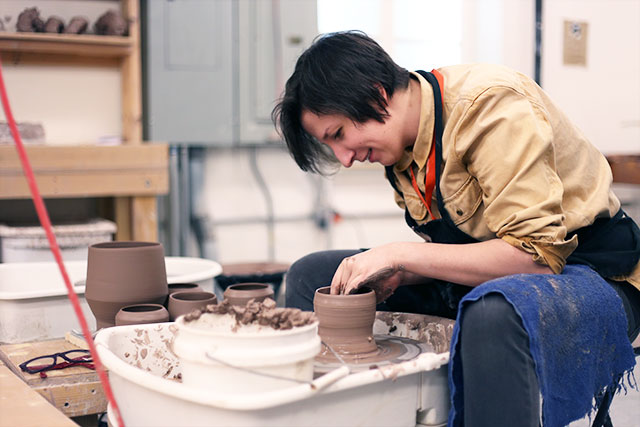 Each candle is one of a kind and comes in a holder handmade by Lewicka who likes to work with unique shapes and silhouettes, as well as finish off her pieces with rich glazes that still leave a bit of the natural clay exposed. There are currently six of her sculptures in the series, which range in price from $45-$65 and come in scents like lavender, green tea lemongrass and a piney blend called Montana Forest.

“Usually during my commute to the studio I will jot down quick sketches of shapes that can be the potential designs for the holders, and narrow them down to the ones I feel fit best with this series,” Lewicka says. “All of the candle holders are made on a potter’s wheel, which allows me to bring those sketches to life as dimensional objects. Overall it is quite a long process that can take a good few weeks. The clay shrinks through the process, and experimenting with different glazes is tricky, but the results are worth it.”

I have a hard time picking out a favorite, but I definitely love the idea of having a keepsake to hold onto once the wick runs out. Personally I think they’d make great planters, and Lewicka agrees. She also says they work well as pencil holders or small vases. More than anything, though, I appreciate that the cost is in the craftsmanship and not the novelty, which is one of the reasons why Jerardo says she plans to seek out more ways to collaborate with ceramists.

“I really feel that artfully crafted ceramics can really elevate candles to another level, as an art piece, and vice versa,” Jerado says. “You get the best of both worlds with a collaboration–in our case, my original scents, Edyta’s beautiful little sculptures, and, of course, the romantic glow of candlelight.”