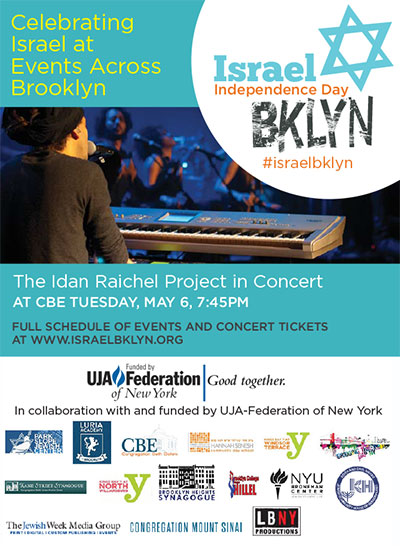 Get ready for the best 66th birthday party you’ve ever been to! From May 1 to May 18, Israel Independence Day BKLYN will be hosting events all across Brooklyn to celebrate Yom Ha’Atzmaut, the 66th anniversary of Israel’s Independence. More than a dozen Jewish organizations are working together, in collaboration with and funded by UJA-Federation of New York, to make this an unforgettable week.