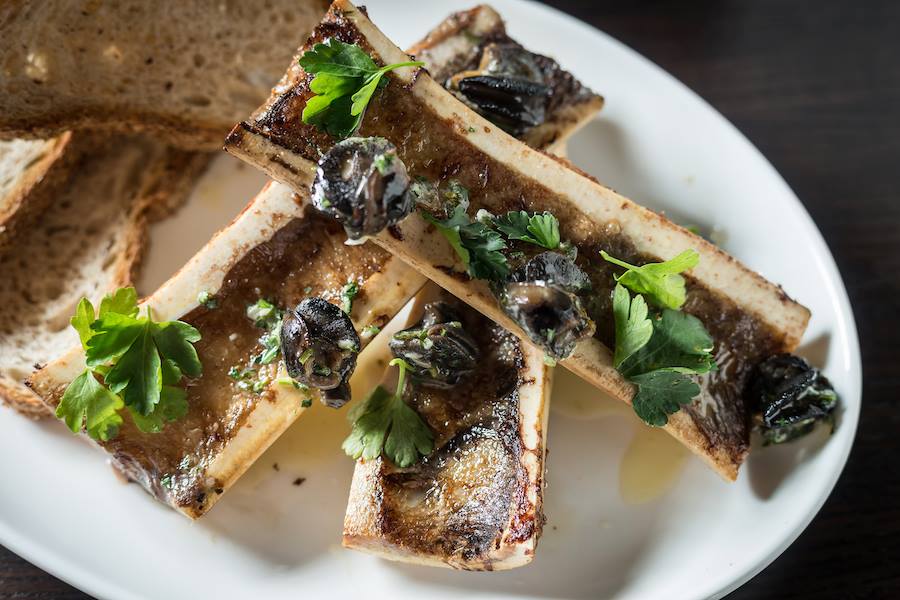 Billed as an “American heritage restaurant,” The Runner, which opened this winter in Clinton Hill, promises modern cuisine based on nineteenth- and early twentieth-century American recipes, much like Bushwick’s 1 Knickerbocker. That’s right, pressed tin ceilings and old-timey cocktails are no longer enough to qualify your restaurant as appropriately vintage–your food now has to be 100 years old, too. Even the name has historical roots–it’s based on a line from a poem by Walt Whitman, who famously lived, and wrote, nearby.

Now as far as I can tell, American heritage cuisine isn’t all that different from standard Brooklyn hipster cuisine. The Runner’s menu mostly mixes old-school but newly-embraced ingredients like bone marrow, chicken livers and raw oysters with of-the-moment vegetables like kale and, of course, Brussels sprouts.

At The Runner, a bone marrow appetizer is dressed up with escargots and onion jam. Photo: The Runner

The restaurant consists of two distinct spaces–a cozy, date-ready bar area with a few small tables, and a larger dining room. The enticing bar menu ranges from classy (steak tartare) to trashy (potato chips and onion dip). Bloody Mary chicken wings are a spicy, tomato-laced success, while the Brooklyn-ubiquitous fried pickles fall a bit flat here, with a bland breading not adding much to the still-crisp pickles.

Over in the restaurant space, former Court Street Grocers chef Andrew Burman is doing exciting things with the wood-fired oven left behind by Amina, the Italian restaurant that was formerly housed here. Crisply steaming popovers are served with an absolutely delicious walnut-raisin butter, as is a somewhat misleadingly named “tongue bread,” which disappointingly contains no mouth parts, but rather is a focaccia pulled and pushed into a tongue-like shape. There’s also a variety of tartes (American heritage for “flatbread”) topped with a selection of cheeses, mushrooms and charcuterie, and even the hamburger roll is house-baked. 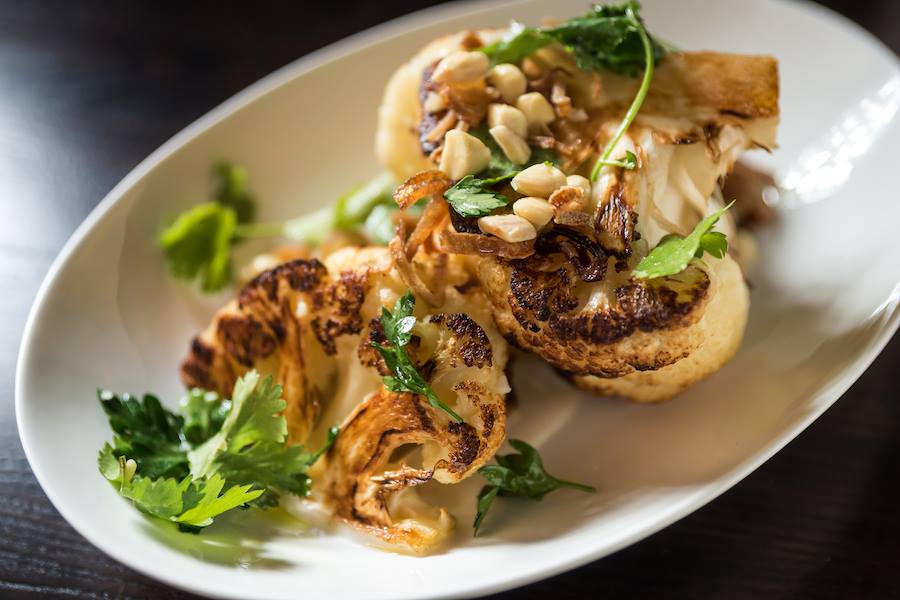 Roasted cauliflower with crispy shallots gets the wood-fired oven treatment.  Photo: The Runner

The bulk of the entree menu is a lineup of wood-fired meat and fish roasts, including black bass in vinegar sauce, lamb leg with mint and pistachio, and a whole chicken for two with watercress, fennel and lemon. Braised short ribs take particularly well to the flames, coming out with nicely crisp edges coated in mustard and horseradish, and a supremely tender interior. Perhaps The Runner should be called The Roaster, because anything that can be cooked over the wood-fired open flame is, down to vegetable sides like cauliflower with crispy shallots.

At brunch those popovers are topped with fried eggs, Bernaise sauce and creamed kale; there are also more traditional options like croque madame,  corned beef hash and waffles. Overall, I’d have to say stroll, don’t sprint to The Runner. No one dish stands out as truly must-try, but it’s certainly a solid neighborhood option for Clinton Hill.