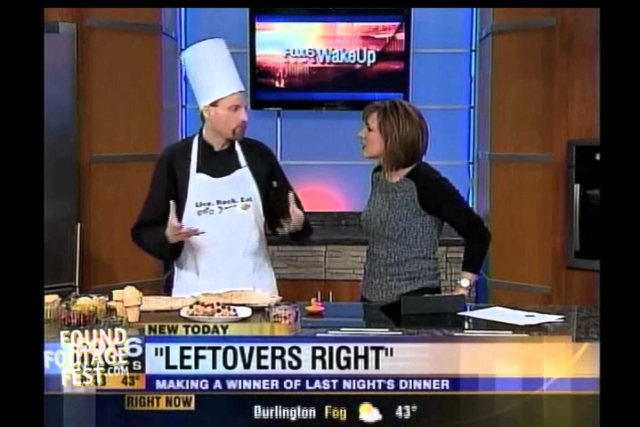 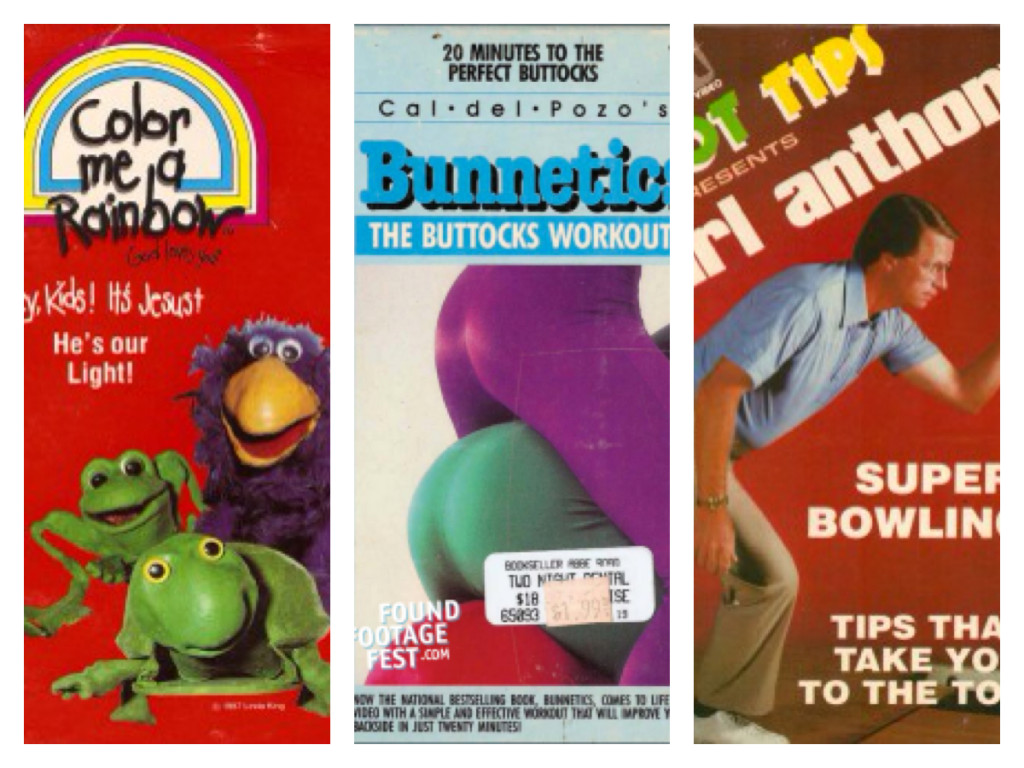 Covers of VHS tapes discovered by the Found Footage Festival.

Industrial films, how-to videos, birthday parties and piano recitals, public access television shows and exercise routines from pretty much every B-list celebrity–when you look at American culture through the lens of discarded VHS tapes what emerges is a vision of an ever-aerobicizing tribe clad in high-cut leotards, hellbent on learning how to do everything from improving our bowling scores to having cybersex. For the past 10 years Joe Pickett and Nick Prueher, founders of the Found Footage Film Festival, have been been sorting through our videographic detritus, discovering a world that can only been seen on VHS.

“It’s very warts and all, a history in the hands of amateurs or the misguided,” says Prueher, of the hundreds of hours of VHS tapes he and Pickett watch each year. “It shows you that we are a culture obsessed with documenting things regardless of whether those things should be committed to video or not.”

The first Found Footage Festival debuted at Cinema Classics in the East Village on April 15, 2004, and this weekend Prueher and Pickett, who between then have worked for The Onion, The Colbert Report, The Late Show with David Letterman, and Entertainment Weekly, will bring a whole new batch of strange artifacts to BAM and Anthology Film Archives to celebrate the show’s tenth anniversary. They’ll also be joining Brooklyn Brewery’s Mash on tour around the country and the world throughout 2014.

Comedian Nick Prueher, co-host and co-curator of The Found Footage Festival, served up ridiculous recipes for Thanksgiving leftovers last year when he posed as a chef on Midwest news programs. They’ll be screening clips from the prank at the festival this Friday at BAM. Photo: Found Footage Festival

The show is a mix of montages around a theme, say, exercise videos (seriously, the sheer number of weird workout routines out there is kind of horrifying) or local commercials, segments from ridiculous how-to videos like the 1997 hit How to Have Cybersex on the Internet (yes it’s real, and yes there is nudity), amazing moments in home-videography, and Prueher and Pickett’s Mystery Science Theater 3000-like commentary. Over the past decade, audiences have developed an appetite for the absurdity of content like old commercials for mattress kings and used car cowboys from around the county, Prueher told us over the phone.

“People’s taste has gotten more refined,” he said. “In the beginning it was like, ‘Why would I want to go and watch a bad video?'” Now there’s more of a collective shorthand for the kinds of materials on display–everyone’s seen a YouTube video by now, it’s part of the culture.”

Prueher and Pickett travelled to all 50 states last year with the FFF and they searched out new material in thrift stores, yard sales and junk shops along the way. While exercise videos and home movies pop up everywhere, Prueher, who estimates that they currently have 6,000 VHS tapes in a storage unit in Long Island City, says that the Midwest is especially good for industrial and how-to movies. (They’re also good for pranks, like the one Prueher pulled on Heartland news programs posing as a chef with atrocious recipes–they’ll be screening the clips at FFF.) New York and Los Angeles, meanwhile, have the best public access television archives. He also urged anyone in possession of weird material on VHS to bring donations to the show, or to get in touch through their website.

As for a common thread running through all that crap?

“There something almost noble about it all,” he says. “It’s sort of like Manifest Destiny, an ambitiousness and willingness to commit something to videotape regardless of how much talent you have. It’s really endearing.”