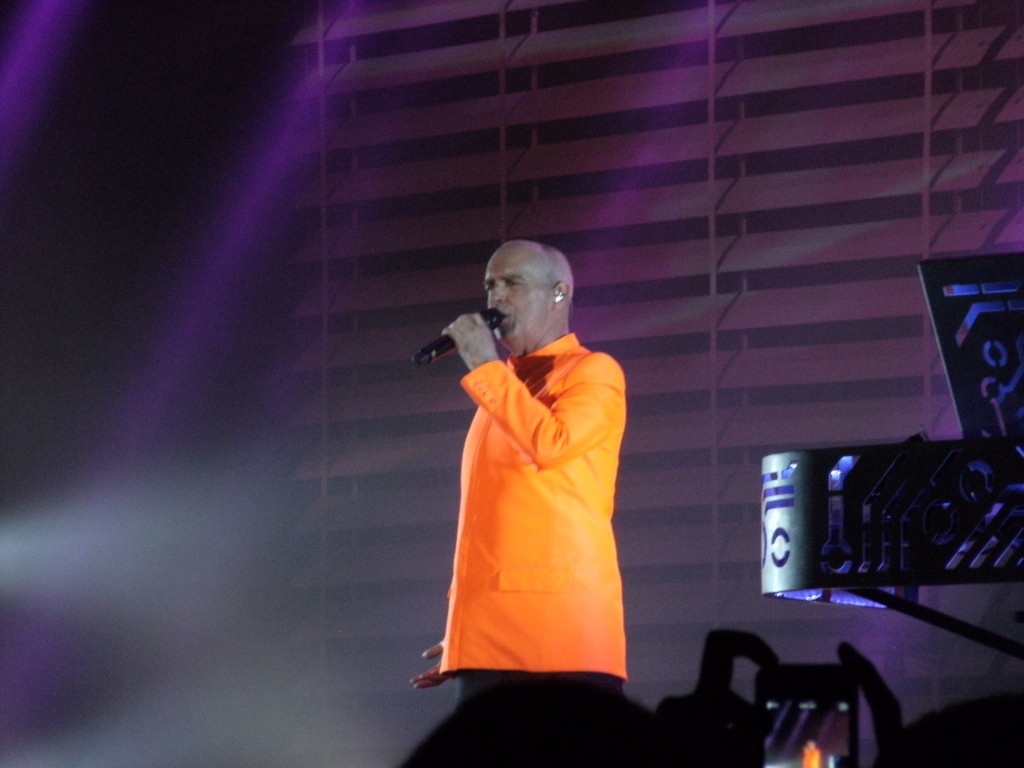 The Pet Shop Boys recorded a song in 1990 called “Being Boring,” which is pretty much the antithesis of their live performances. They don’t just put on a concert, they deliver a spectacle that includes eccentric wardrobe changes, dancers, visual effects and plenty of dazzling lights.

That was the case Saturday night when the Boys played to a very packed audience at Terminal 5, the last stop of their U.S. tour in promotion of their most recent album Electric. It seemed an appropriate place for them to close it out, since their music drew from the early ’80s New York City dance music scene, and 30 years ago they recorded their earliest demos here, including their biggest hit, “West End Girls,” with producer Bobby Orlando. 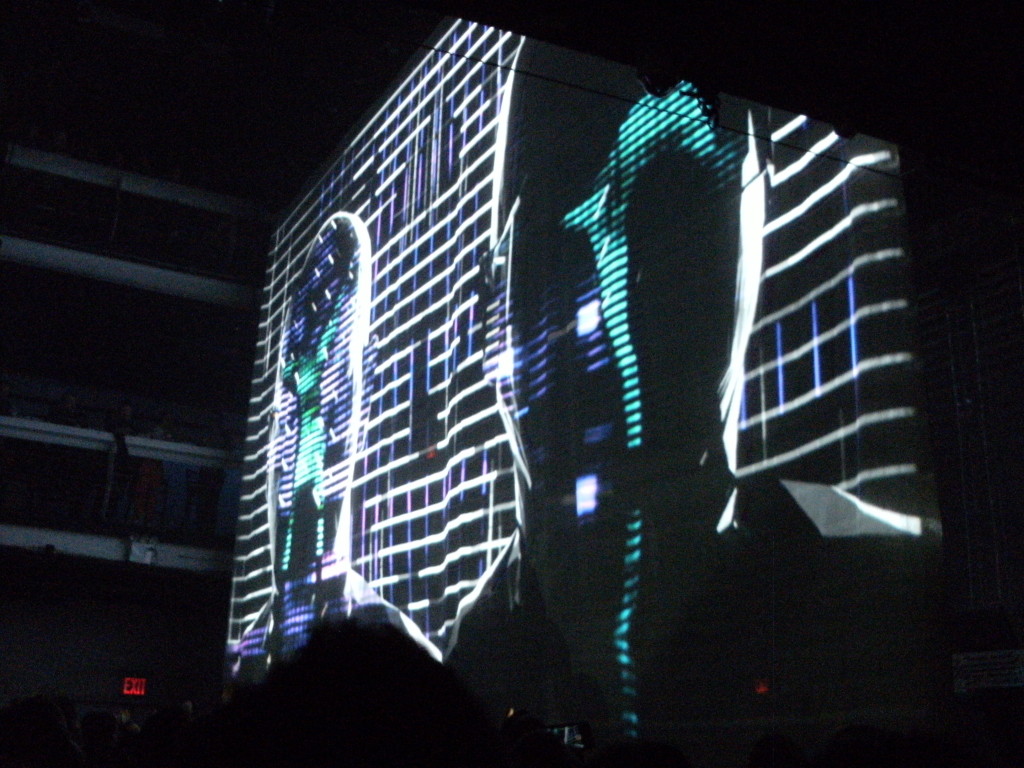 Some of the amazing visuals projected at the show. Photo: David Chiu

Amid a stage setup with a circuit board motif, the duo of Neil Tennant (vocals) and Chris Lowe (keyboards) played for almost two hours, covering both recent material from the Electric and Elysium albums and the old hits.  The evening kicked off with the pulsating “One More Chance” from the 1987 record Actually, during which a video was projected on a white curtain while Tennant and Lowe performed the song behind it wearing black costumes that had gigantic porcupine-like needles sticking out. Afterwards, the curtain fell and the Boys revealed themselves and rolled out  classic hits (“West End Girls,” “It’s a Sin,” “Opportunities,” “Domino Dancing”) and tracks that were not necessarily big in the States but still had the distinct Pet Shop Boys sound and idiosyncrasies. (“Thursday,” “Miracles,” “Fugitive,” and the cleverly-titled “Love is a Bourgeoise Construct”) 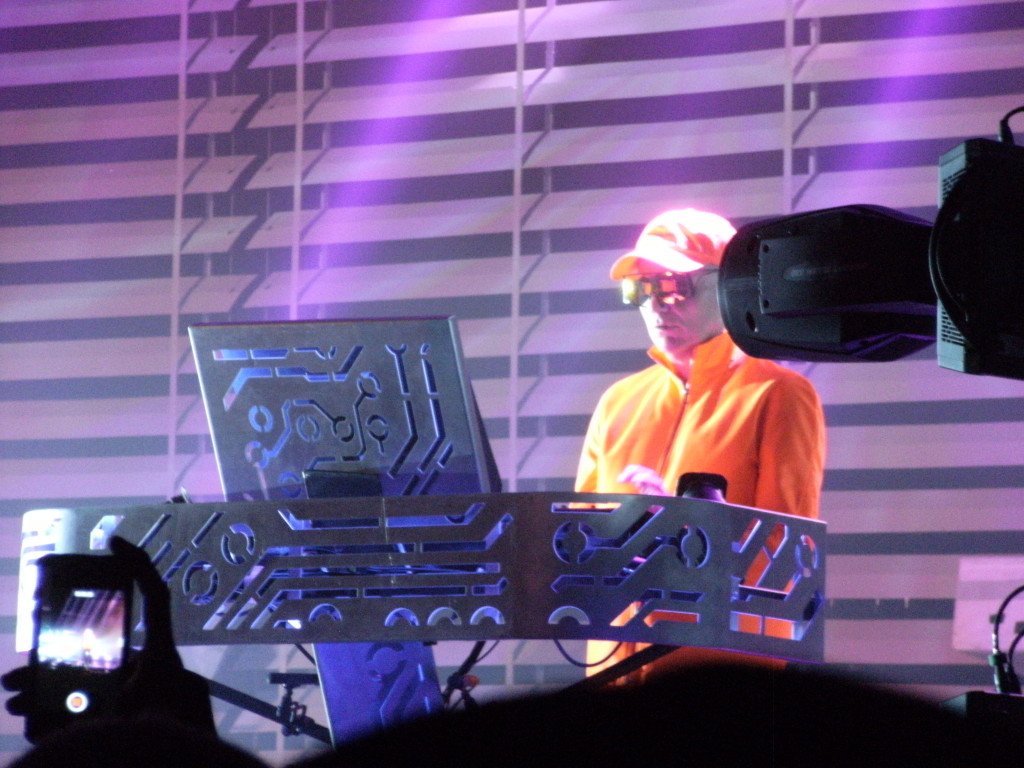 Performing with precision that mirrored the actual studio recordings, Tennant projected both charisma of a ringmaster while Lowe, wearing a baseball cap, stood behind his keyboard with his typical expressionless demeanor. Strobe lighting, lasers and smoke made the warehouse-y space of Terminal 5 venue feel more like Madison Square Garden, but, aside from the music, the element of the show that stood out the most was the background dancers who wore minotaur masks and other eccentric head-gear as they shimmied along to the hits. 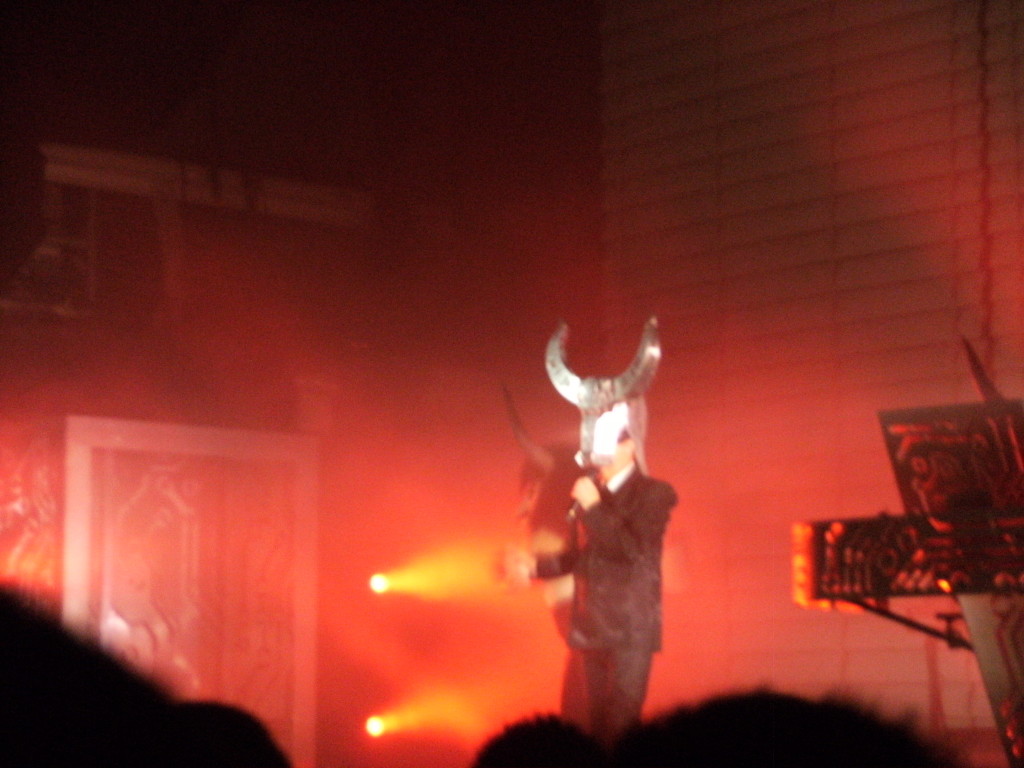 Afterwards the duo returned to the stage to perform the rousing anthem “Go West,” originally recorded by the Village People. Interestingly, the last song performed was not an old hit but a recent new song “Vocal,” which they dedicated to the late pioneering DJ Frankie Knuckles. Still, the number’s vibrant energy was appropriate choice to end the night and the U.S. tour on. 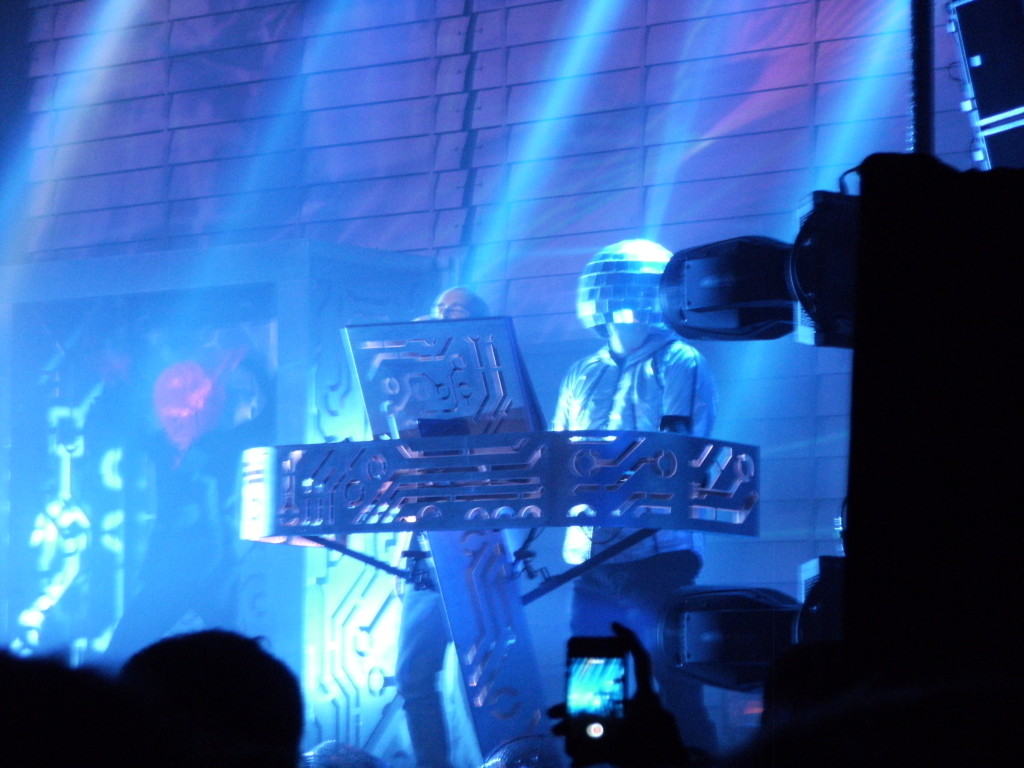 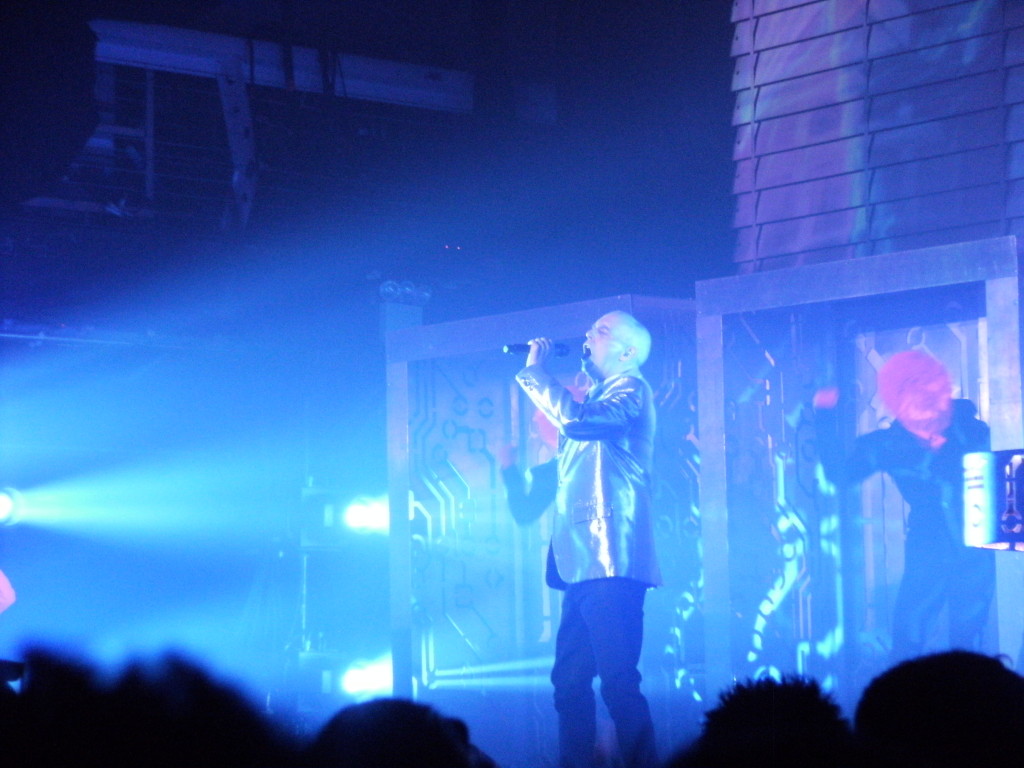 Combining beat-pumping electronic dance grooves and an eccentric visual presentation that predated synthpop outfits like Daft Punk, the Pet Shop Boys continue to show why they remain popular (the audience at Terminal 5 was a cross-section of old and new) in a spectacular career going on 30 years. Hopefully the dance party they started won’t stop anytime soon.

“One More Chance”
“A Face Like That”
“Opportunities (Let’s Make Lots of Money)”
“Love is a Bourgeoise Construct”
“Fugitive”
“Integral”
“I Wouldn’t Normally Do This Kind of Thing”
“Suburbia”
“I’m Not Scared”
“Fluorescent”
“West End Girls”
“Somewhere”
“Leaving”
“Thursday”
“Love Etc.”
“I Get Excited (You Get Excited Too)”
“Rent”
“Miracles”
“It’s a Sin”
“Domino Dancing”
“Always on My Mind”