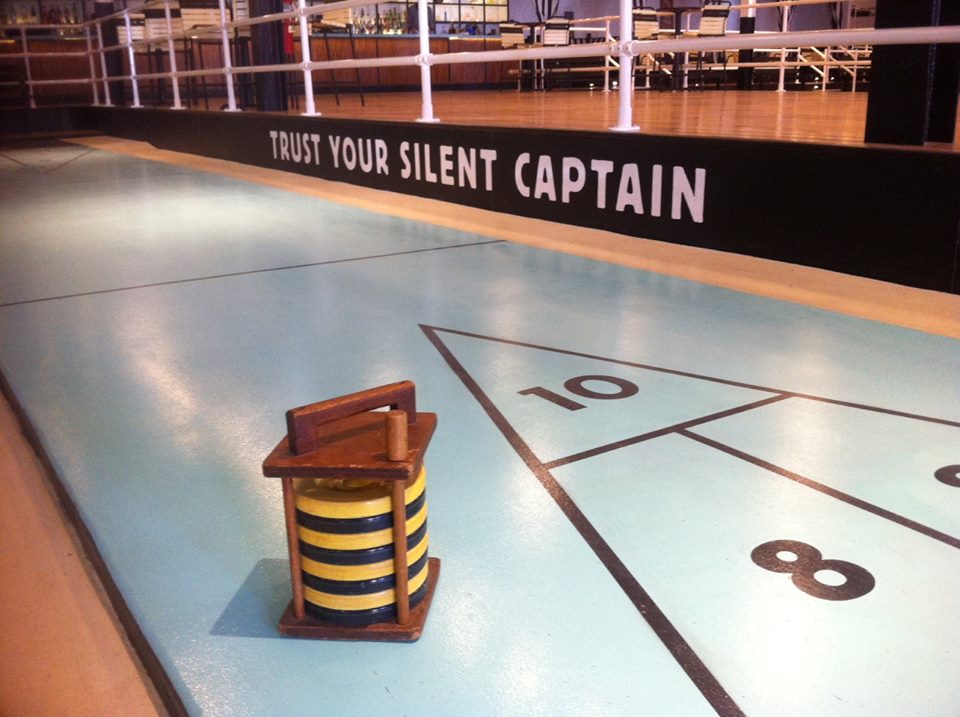 When the Royal Palms Shuffleboard Club opened this winter, they also started New York’s first shuffleboard league. Now, after 10 weeks of intense shuffling, the first ever league championships are on Sunday, starting at noon. The league’s top 30 teams, plus two wild card contenders will face-off, there will be drink specials all day and Phil’s Steaks food truck will be there. This isn’t so much a chance to play as a chance to watch the finest shuffleboard players in the city. We chatted with Royal Palms owner, Jonathan Schnapp and he said that over the past 10 weeks these players have really honed their moves with the biscuits and tangs. “They’re really fucking good,” he said. “Get ready for some ferocious play.”