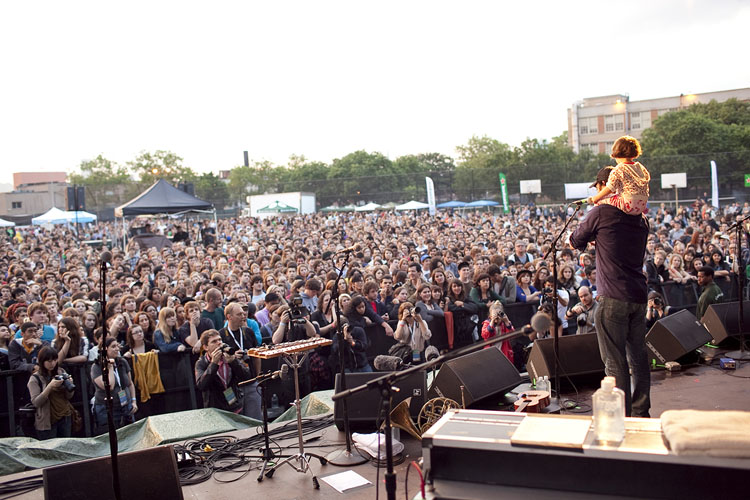 Another season of outdoor music concerts is almost upon us, with open spaces and parks across the city preparing to host some of the hottest music acts of the moment–most of whom will be performing for free. All this is enough to make our serotonin levels spike, but the key to taking advantage of all this awesome free programming is to have your name put on the RSVP list before it fills up faster than your great-aunt’s purse at an all-you can eat buffet. The lineup for the 2014 Northside Festival, which will return to Williamsburg for the sixth year next month, was announced last week. Both The Oh Sees and CHVRCHES are playing free shows in McCarren Park this year, and tickets to see The War on Drugs (June 13) and Beirut (June 14) are already for sale as well. Titus Andronicus, Talib Kweli, Dan Croll, Albert Hammond Jr., and Animal Collective will also perform indoor sets at Music Hall of Williamsburg as part of the festival. If you want to snag tickets to the free shows however, you’ll need to sign up for Brooklyn Briefly and stay tuned for word as to when reservations open.