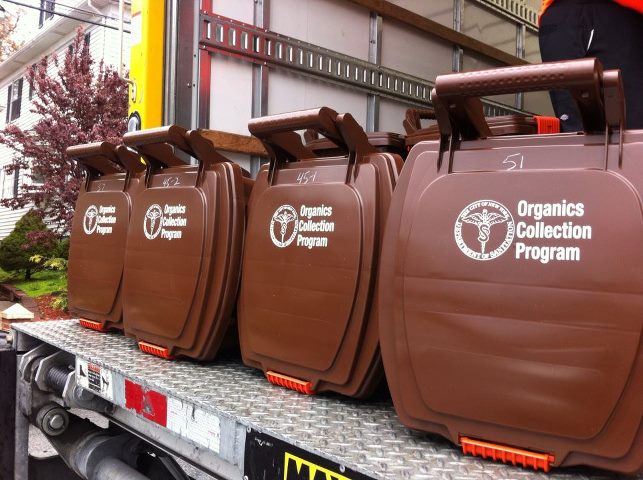 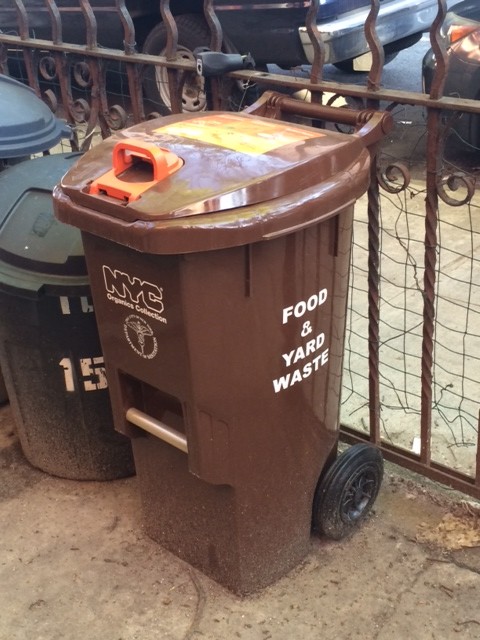 The brown bins have arrived to take the guesswork out of composting. Photo: Kate Hooker

Since I moved into an apartment with a garden a few years ago, I have been trying to compost. I say trying, because, despite having always considered myself a reasonably intelligent and resourceful person, I have found the process of converting my food scraps into nutrient-rich “black gold” soil to be a challenge. First, it took me a while to figure out the appropriate brown/green ratio to get all those peels and stems broken down. Then once I finally got that, I was left with a ton of new questions. Why was my compost pile never getting warm? How often did I need to turn it? Why was it taking so long? Did I need compost tea? What IS compost tea? No meat and no dairy, but what about bread? Mussel shells? Newspaper with color print? It definitely didn’t help that every time I Googled one of these queries I ended up on a blog that was all too happy to point out that composting “isn’t rocket science.” I really began to feel like an incompetent and to wonder if it was even worth it. Surely it doesn’t take that long for food to decompose in a landfill, right?

Relief arrived in the form of a brown bin with an official Department of Sanitation NYC Organics Collection logo that appeared on my doorstep a week or so ago. I’d been seeing similar bins in nearby Windsor Terrace and Greenwood Heights for about a year, and was aware that that the City had a pilot program to collect yard waste, food scraps, and food soiled paper products from homes in those areas. It seems the pilot was successful, because it was expanded this month to include my block in Gowanus, as well as parts of Sunset Park, Bay Ridge, and Park Slope. 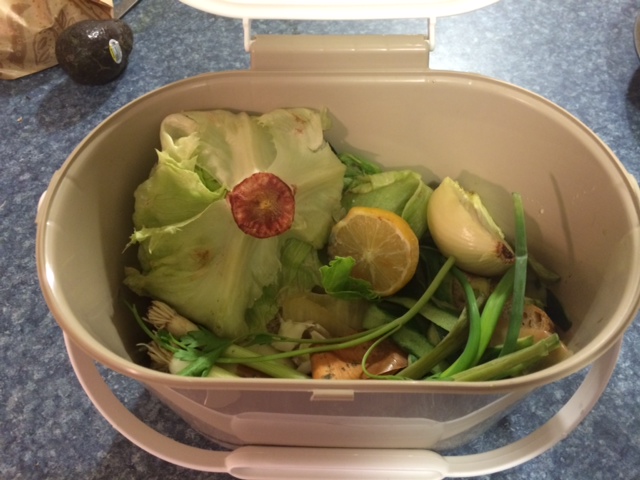 In select neighborhoods, the city will take your food scraps off your hands. Photo: Kate Hooker

Inside the organics bin are three smaller kitchen containers, one for each unit in my building, and some literature that leaves very little ambiguity about how to participate, even for a known composting imbecile like myself. Apparently, there are significantly fewer rules in the City-run deal, and they’ll essentially take anything: meat, bones, dairy, and even, according to my interpretation of the artwork in the brochure, a Big Mac. Any food refuse goes into the kitchen container and then gets dumped in the bin, where you can also dispose of dead flowers, garden trimmings, leaves, or dirty paper napkins and plates. According to the City’s website, collection starts in my neighborhood next Monday, and will happen twice a week on the same schedule as the regular garbage pickup.

A study conducted by the Department of Sanitation in 2004-2005 found that nearly 30% of the garbage generated in New York City consists of organic waste. Making it easy for people to separate that stuff from their other garbage is a no-brainer: the City claims it will save millions of dollars landfill disposal costs, help achieve recycling goals, and even reduce unwanted rat encounters (is there any other kind?) by relegating food scraps to special rodent-resistant bins. I can attest that the locking mechanism on my building’s compost bin is pretty formidable-looking indeed. For the first time in a while, the peelings, shells, and plate scrapings from last night’s dinner are no longer my problem. They are sitting outside the front of my house, awaiting collection by people who are prepared to convert them into renewable energy or compost that will be used to fertilize gardens, parks, and trees. It’s true that composting isn’t rocket science, but now that the City has taken it on, there’s no science to it at all, which is a very good thing for this English major.