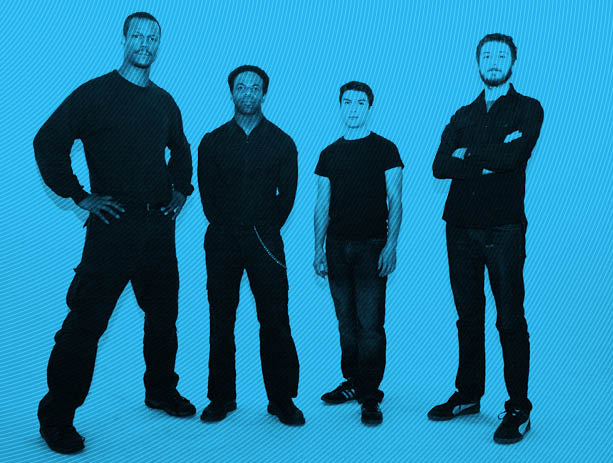 Last Friday I went to BAMcafé for a concert for the first time and realized pretty much immediately that I’ve been overlooking one of Brooklyn’s better music venues. It was a full house, which let’s face it, is kind of what you want when going out for a Friday night–potential for meeting people be they friends or flings. The space itself is big, but the sound quality is good whether you’re able to snag a seat in front of the stage or prefer to hang back by the bar, which was well-stocked both with booze and bartenders. All this is to say that if you’re looking for something to do on Friday night, you’re pretty much guaranteed a good time under the glitter lights if you go to BAM. This Friday the music continues with a set from pILLOW tHEORY. Unusual all-caps aside, this four-part punk band–toted as heavy metal with a hook–promises to surprise you. They’ve opened for everyone from TV on the Radio to Living Colour and even managed to win favor from Rolling Stone’s David Fricke. Their free set at the café starts at 9pm, but I suggest showing up early for happy hour from 6-8. –JG