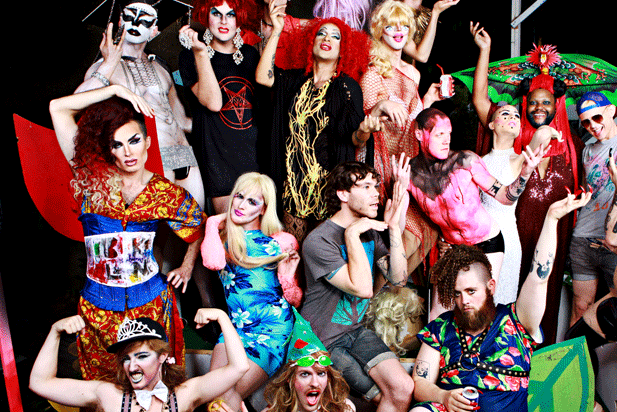 Once a month, Brooklyn Museum offers up free art and entertainment from 5-11pm as part of Target First Saturdays. For June, the museum is adding all the colors of the rainbow to its regularly scheduled programming in celebration of NYC Pride Month. Get yourself and your best LGBTQ companion to the museum early for a set by The Shondes, a Brooklyn-based band known for blending feminist punk, rock, pop, and Jewish influences with progressive political activism. Afterward, stick around to hear Alexander Kargaltsev speak about his experiences as a gay Russian artist and how he uses his work as a form of protest. By far our favorite element of the evening is a planned performance and voguing workshop in honor of Willi Ninja, the legendary godfather of voguing–get ready to strike a pose. A clay molding class, women of color cabaret and conversation with representatives from the Lesbian Herstory Archives are also on the docket. The Bushwig Festival is putting on a drag show, Katy Pyle and the Ballez are putting on a gender-bending ballet, and a set from Avan Lava is closing the night. Sounds like a glitter bomb of a good time.