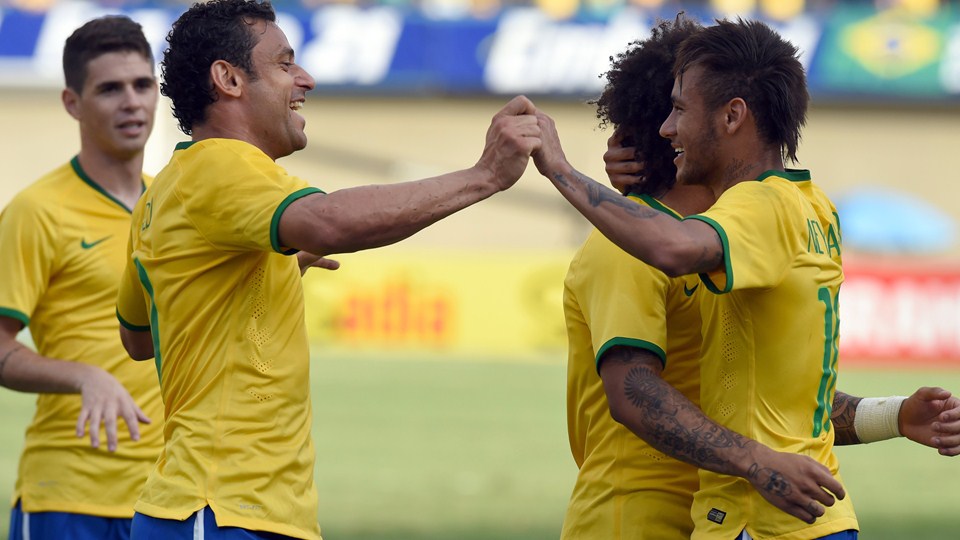 With home-field advantage and a well-rounded roster, Brazil is the one to beat at this year’s World Cup. Photo: AFP/FIFA

Professional soccer might not have the foothold in America that is does practically everywhere else on the plant, but every four years, even cynics find themselves swept up in the frenzy that surrounds the FIFA World Cup.

Kickoff for this year’s competition in São Paulo, Brazil is still two days away but already flags are flying high in bars and cafes across Brooklyn in anticipation of the month-long tournament that will pit the world’s best soccer players (yes, I’m still calling it soccer) against one another as 32 national teams converge and compete.

We’ve put together a World Cup primer for those who don’t follow the sport, with the most exciting games to watch in the first round, and a little explanation of some of the bigger issues surrounding the tournament. We’ve also compiled a list of local places promising to screen all the action between now and the championship match on July 13 in Rio de Janeiro.

Nineteen World Cups have taken place since 1930 when the competition first started, and Brazil happens to be the most decorated team in the tournament’s history, having won five titles to date. Given their home-turf advantage and the fact that their roster includes Neymar da Silva Santos Júnior, a 22-year-old football phenom considered to be one of the best players in the world right now, it’s unsurprising that Brazil is an early favorite to go all the way this World Cup. They will be the first team to take the field on Thursday, opening the group-play portion of the tournament in a match against Croatia at 4pm. (Luckily for East Coast viewers, Brazil is just an hour ahead of us, so we won’t have to get up at 4am to watch hot matches during this World Cup.)

Every World Cup starts off with group play. There are eight groups in total, each consisting of four teams who all play each other once in a round-robin competition. The two teams with the best overall records from each of the eight groups advance to the single-elimination tournament afterward. There are 48 matches taking place during group play, which ends on June 26. We’ve narrowed the field to five must-see games. (Add them to your calendar here). 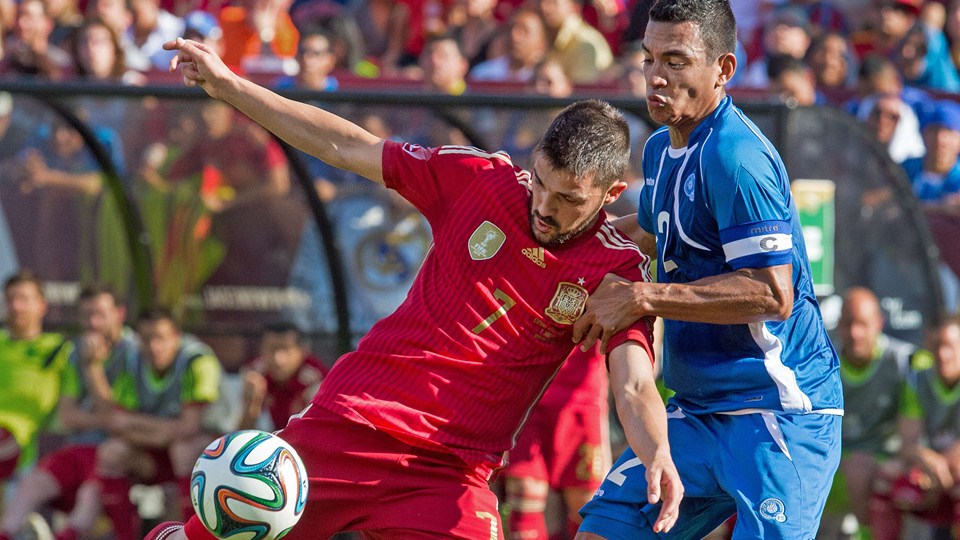 On June 13 at 3pm, Spain and the Netherlands face off in the repeat of the 2010 World Cup final in which Spain bested the three-time World-Cup finalists 1-0, helping add to the Flying Dutchmen’s reputation as an eternal runner-up.

England and Italy play one another on June 14 at 6pm in our second group-play pick of the tournament. As two of the oldest European national teams, this isn’t the first time England and Italy have faced each other on the field. The Brits, who have never beaten Italy in a major tournament, will be looking to crack that goose egg come Saturday.

Team USA is part of Group G along with Germany, Portugal and Ghana, a four-way pairing being touted as the “Group of Death,” as it will essentially be a gladiator fight for whichever two teams make it out on top. Germany and Portugal are favored to advance and face one another on June 16 at noon, in what is expected to be one of the most contentious games in group play.

USA and Ghana also play one another on June 16, and even though the Americans might not be considered a contender for the World Cup itself, they’re still entering the tournament with something to prove, especially to the Ghanaian national team, which knocked them out of the 2010 World Cup with a 2-1 upset in extra time. Their rematch takes place at 6pm.

Finally, do not miss the Mexico vs. Brazil game at 3pm on June 17. Despite Brazil being the favorites and Mexico barely pulling themselves together in time to qualify for the World Cup, what makes this a game worth watching is the fact that the Mexican team is notorious for playing up to the caliber of their competition, meaning this will by no means be a breezy win for Brazil. The last major competition in which these two teams faced off was the 2012 Summer Olympics in London, in which Mexico defeated Brazil 2-1 to win the gold medal, an award that Brazil, soccer’s most decorated national team, has never won. It’s sure to be something both sides are thinking about come next Tuesday.

If you’re more interested in the social and political issues surrounding the World Cup than the sportsmanship, watch John Oliver’s explanation of the corruption, arrogance and all around horribleness of FIFA, the World Cup governing body, which he refers to as a “comically grotesque organization.” The World Cup has highlighted Brazil’s vast socioeconomic disparities, with the government leading a campaign of cleaning up and “pacifying” the favelas that line Rio’s steep mountains, and players from around the world posing for photo ops with slum residents. There’s even a favela rental service for soccer tourists looking for affordable places to stay during the games. The Guardian has written extensively about the migrant workers who are building the new stadiums in Qatar, for the 2022 World Cup, in a system of labor that many have equated to modern slavery. And The New York Times covered the corruption involved in Qatar winning the bid for that tournament, in a country where temperatures often reach above 120 degrees in summer.

There are several local spots screening all 64 games of the World Cup this year. Our favorites, mapped out here.