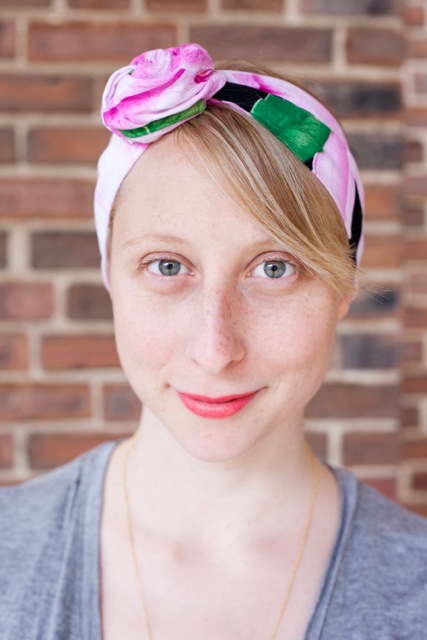 Even as someone familiar with Emma Straub’s oeuvre, I came to her new novel The Vacationers not knowing quite what to expect. Straub, you see, is a shape shifter, as apt to write a story about one pampered Brooklynite’s encounter with a pet psychic as she is to dream up a novel about the Technicolor life of a fictional Hollywood screen legend or to reel off a frank personal essay on the tragedy of growing up normal. Like all good writers, Straub has a touch of the telepath about her and the roving intelligence to make good use of her powers. And in her new novel, she has landed on the perfect vehicle for showcasing her talents.

The Vacationers follows a group of well-heeled Manhattanites trying and failing to outrun their problems on vacation in Mallorca. This fertile set up offers Straub everything she needs to shine: an idyllic island replete with jewel-toned Mediterranean beaches, dramatically striated cliffs, and amazing food, and a Pantone color wheel of characters that includes everyone from melancholic old marrieds to surly teenagers to bohunk personal trainers and fading tennis stars. Take these ingredients and add Straub’s warm, incisive wit and you get a concoction that manages to be light and airy without being in any way insubstantial. The book is peppered with acute observations that shine a light while never threatening to set a fire. But the book is probably most memorable for the sheer pleasure it offers—the humor! The food! The backhand and foreplay! In a period when many of us could fret from morning till night without ever coming close to exhausting our backlog of worries, there is something refreshing about encountering a book so firmly rooted in optimism.

I had the opportunity to chat with Straub (who, full disclosure, is a former teacher of mine) about her long history with the book’s main characters, The Post family, her feelings about food and other delightful topics. Her next reading in Brooklyn is at Prospect-Lefferts Gardens’ Inkwell Cafe, June 24.

Orli Van Mourik: Your book centers on the Post family—Franny and Jim Post and their two children Bobby and Syliva. Those of us who read your story collection, Other People We Married, have encountered the Posts before in three of the collection’s stories: “Pearls,” in which Franny, the Post-family matriarch, is still an experimental college student, and in both “Mohawk” and the collection’s titular story in which Franny and her husband Jim are well into adulthood and busy reckoning with the complexities of partnerships and parenting. In The Vacationers we meet the Posts even further down the road, now hovering around sixty and ready to see their youngest off to college.

I’m always curious about characters who refuse to stop growing even after a story is over. How long have the Posts been in your life? Who showed up first and in what form? And why do you think they’ve stuck around for so long?

Emma Straub: That is a great question! They did not appear in chronological order, that’s for sure. I think from the beginning I was looking at Jim and Franny’s marriage, and this notion of a family that one has chosen. Other People We Married was originally the title of a novel (the first, first draft of The Vacationers, you could say). I’m not sure why that idea has always been so potent to me. I guess it was because I began writing about these characters as my relationship with my boyfriend (now husband) was getting serious, and I was really starting to think about what it meant to choose a person to spend your life with, and who else would come along with that choice.

I was particularly struck by how powerfully your depiction of Sylvia brought me back to my own late teens: that maddening mix of world weariness and blind faith, the crippling self-consciousness. It was hysterical and nauseating and made me so, so happy to have come of age in the pre-smart phone, Paleolithic era.

You’re a staff writer for Rookie Magazine, the Sassy of the Digital Age. Did writing for teens help you tap into your inner angst when you were sitting down to write Sylvia?

I’m glad it isn’t just me, able to quickly return to that teenaged feeling. It’s always been easy for me to get back to that frame of mind. Ha! Is that bad to admit? That I haven’t come very far? It’s true. Yes, though, it is also true that writing for Rookie keeps me connected to the Teens of Today™, all of whom are much cooler and smarter than I ever was/am now. 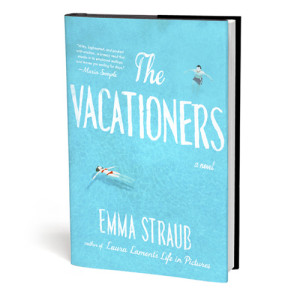 I have a real fetish for fiction that lingers on food, something The Vacationers does to fabulous effect. I wanted to eat everything that Franny prepared, but more than that I envied how uncomplicated her relationship with food seemed to be. For Franny, food is about enjoyment, not guilt. This made me think a little about Lena Dunham and body norms and the recent push back I see among young women who are tired of having the world dictate how they should look. Were you thinking about this as you wrote?

One of the funny things about this book is that people keep asking me how close I am to Sylvia, and all the while, I’m like, um, Franny is my spirit animal. I love to eat. You know those people who talk about how they forget to eat meals? I hate those people. Or no, I just don’t understand them. Now that I have a baby I sometimes don’t GET to eat a meal, but trust me, I’m saving it for later. I loved writing all the food stuff in this book. It’s one of the best parts of traveling, don’t you think? I would kill to have one of those ensaimadas right now, the flaky palmier-like Mallorcan pastry. Mmmm.

Sorry, that wasn’t your question at all, was it? I don’t know if women’s attitudes are changing. I think it all depends what channels you’re tuned into, you know? I hope they are. Who has time to worry about their stupid bikini body? I would much rather worry about whether I bought enough cheese.

You handle point-of-view (POV) deftly in this book, slipping back and forth between each character’s vantage point, sometimes in the span of just a couple of sentences. As a reader it really gave me the sense of seeing the full picture; it was almost filmic. How did you land on this approach and why? Did you use any other books as templates?

I did, a bit—I was really inspired by Elizabeth Von Arnim’s Enchanted April, which is an NYRB Classic. I love that feeling, of slipping in and out of everyone’s head. It makes it feel more convivial, I think, which was what I was after. And as to how I landed on it–yeesh, trial and error, for sure. I really did want it to be everyone’s story—Franny and Jim and Sylvia and Bobby in particular. So I had to jump around.

POV is something a lot of novice writers struggle with. Do you have any advice? Any breakthrough moments you care to share?

See above! Trial and error! It’s the only way! My advice, really, is to start with the voice you think is right, and if you change your mind, then change the voice. Don’t go backward, always go forward! You can fix the beginning in the next draft. In this regard it helps to be a very messy person. My husband is very neat and would rather die than write a novel that way, if he wrote novels. But I don’t mind a mess.

The thing that really jumped out at me at The Vacationers right away was how laugh-out-loud funny it is. Your past work has been wry and observant and sometimes cutting, but not usually as overtly comic. Was this shift in tone intentional or do you feel like it’s just what’s happened to your writer’s voice as it’s ripened?

Thank you, my darling. I love the idea that I’ve ripened. Do I seem ripe to you? I feel like I’m still a few days pre-ripe. Like, starting to soften but not quite there. I did very much want the book to be funny. I think humor is overlooked and undervalued in novels. Where would we be without it? Have you read much Meg Wolitzer? She is hilarious. That’s what I’m going for. Hilarious and true.

I went to your recent book launch at BookCourt in Brooklyn and you mentioned that you have reams and reams of backstory on all the Posts. For those of us who love Franny and Jim and the rest of the clan will you give us a little nugget of what we’re missing? What’s the most surprising thing we don’t know?

Well, I did kill Franny off in one story. Ha! It was so beautiful. I wept. We’ll see if that ever sees the light of day.

I know you have a baby boy and a busy book tour, but are you ready to talk about what’s up next for you?

Ha! If you know, please tell me. I will have childcare starting in July, when the baby will be 11 months, and I plan to start writing then. A new novel. About something. With some people in it.

You’re a former bookseller and a big champion of other writers’ work. Who are a few people whose books you feel deserve more attention than they’re getting at the moment?

Ooh, I love this question. My friend Edan Lepucki’s debut novel California comes out soon, and just got a giant fucking shoutout on The Colbert Report because she’s published by Hachette and Colbert is trying to slay the beast. Ditto Megan Abbott, whose new novel The Fever I cannot WAIT to read. I also have Ted Thompson’s book, The Land of Steady Habits, on my to-read stack, and Maggie Shipstead’s latest, Astonish Me. My reading pace has slowed enormously since having the baby, so now I really choose carefully. It’s so much fun to read a book, isn’t it?