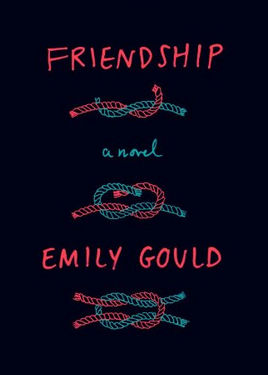 One of the main pleasures of reading Emily Gould’s novel, Friendship, is becoming absorbed in the fierce affection between her characters, Bev and Amy. Despite the recent spate of films and shows about female friends (see Girls, Frances Ha, Obvious Child), two women figuring their shit out as they reach “adulthood” rarely forms the subject of novels, and Gould portrays their lives, together and apart, with a sardonic wit that makes it hard not to smile throughout. Together these two shelter each other from manipulative, soul-sucking boyfriends, the sheer loneliness of New York, and the fugue state of working a job you care nothing about. One becomes pregnant, and this sets their friendship off course, but ultimately how they resolve their differences becomes less exciting than Gould’s spot-on depiction of scraping by in New York. The other pleasure, frankly, is trying to parse how much Gould ripped from her own life. The former Gawker editor captures some hilariously inane moments in blogging, and whether or not it derives from first-hand experience, it makes for some delicious reading.

More of our summer reading recs>>