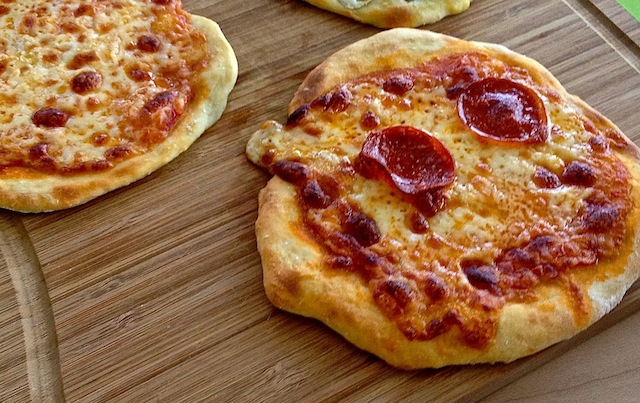 Because I am a nerd-mom, writing this column has inspired me to dig a little deeper into the tombs of picky-eater scholarship. Who knew they were so vast? You could, and probably will, get lost in all the books and blogs covering almost every aspect of this subject.

One thing seems clear to me however—it’s all about the parent, and there are several types of parents of picky eaters:

The Hiders: Veggie purees in muffins; chocolate pudding made with avocado.

The Distracters: Use special-ordered Japanese vegetable cutters to make cucumbers into stars. (Okay that was me. And yes it failed.) Thread fruit through bamboo sticks. Make food fun!

And then there are The French: Put delicious food on plate. Eat.

As a long-time hider, I am trying to change my ways. Although my last columninspired readers to send me some great ideas (egg yolk mixed into the cheese of a quesadilla is brilliant!), most of these recipes take so long—and all those frozen purees are eventually dumped down the drain.
Last week I tried to be French. I told Nate he had to eat the spaghetti and meatballs I was serving for dinner. No other options. When Nate saw his plate he cried, then screamed. He threw a tantrum, went to his room, threw his toys in the hallway and said he was moving out. I hung tight. He went to bed hungry and woke up at 5am to throw up water.

The French would power through, I know. Spaghetti and meatballs every night! Starve the brat! But I’m not at all good at French.

This week I turned to the DIY side, to a recipe handed down from a gifted babysitter (sadly, not my own). Two-Ingredient Pizza is just one cup yogurt plus one cup flour. Seriously! It’s pretty genius. It’s quick and simple with almost immediate gratification. The best part is that the dough is unexpectedly crispy and soft and full of flavor. (And because of the yogurt…a little bit healthy, right?) 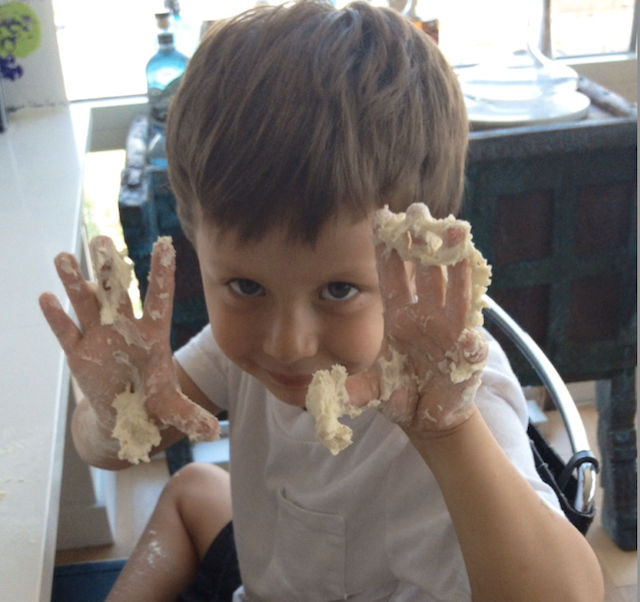 Both my boys loved the messiness of the flour, spreading their own sauce and of course eating the cheese before they scattered it. Cleanup was a bit more intense then it would have been had they not helped, but they were quietly amazed when something they made came out of the oven looking like something they would eat.

Which they did! They did not, however, eat the cucumbers I served with it.

Back to the books.

2. Mix ingredients in large bowl and then knead for 5 minutes, adding flour if needed, until it’s tacky but not sticky. (You can also use a mixer.)

3. Roll the dough out thin and place on the oiled underside of a sheet pan. (You can make several small ones too.) Then hand it over to the kids with a bowl of tomato sauce, a bowl of shredded mozzarella and perhaps other toppings. Sprinkle with olive oil (optional). You can put the pan right in the oven or slide the dough onto your pizza stone.

4. Bake about 10-12 minutes until cheese is bubbly and crust is starting to brown.

Each month freelance writer Shana Liebman (New York Magazine, Travel and Leisure, Salon) shares her insights and recipes from feeding her own particular eaters. Reach out to her with your ideas.