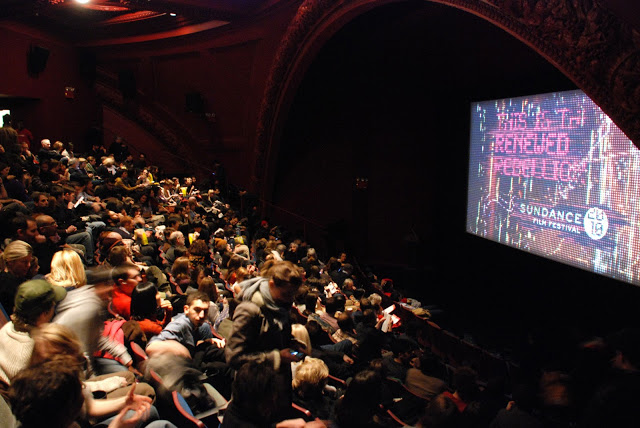 Taylor Schilling of Orange is the New Black will be among the celebs at BAM’s 24-Hour Movie Marathon Friday, September 5. Photo: David Godlis

Cinephiles should block out Friday, September 5 on their calendar, and I mean really block it out, because that’s when BAM is having a 24-hour movie marathon and fundraiser to benefit its in- and after-school arts education programs. There are a few things about this that really appeal to me, although if I’m really honest I’m not sure if I can actually weather an all-nighter anymore. I spent many a tortured night-into-early-morning in college pounding Mountain Dew to eke out papers on Protofeminism in Shakespeare that I couldn’t seem to start until eight hours before they were due. Watching a bunch of classic flicks in stadium seating with snacks provided has got to be far better than that, right?

I love going to the movies, and there’s something sort of comforting and nostalgic about the notion of a 24-hour fundraiser: it reminds me of the dance marathons that were a staple of 80s sitcoms but for some reason never seemed to present themselves in real life. I guess nowadays the preferred way of getting your friends to cough up cash for charity is to commit to extreme feats of athleticism, but there’s a reason that Team in Training triathlons weren’t prominently featured in ABC’s TGIF lineup: nothing is more boring than hearing about, or god forbid watching, other people’s workouts.

On the other hand, I’m genuinely curious about what movies BAM will show to fill up the full-day block, aside from Clueless and Jurassic Park.  If I don’t participate myself, I’d definitely be willing to throw $20 towards a friend’s campaign (each marathon registrant has to raise a minimum of $250), just so I could hear the stories later. Celebrity appearances, eh? Who are we talking about? (So far, OITNB’s Taylor Schilling has been announced.) What will happen, at around hour 14, when people stop being polite and start getting real? (The free yoga sessions from Brooklyn Boulders may help, as should the free food from the catering arm of Ted & Honey.)

The only thing that really matters, of course, is the fact that the money raised will go directly to BAM’s education programs in dance, theatre, poetry, film criticism, which have expanded as the over 200 public schools that BAM serves continue to eliminate their arts programs due to budget cuts. But there’s no reason that a marathon can’t be fun, not to mention devoid of Fitbits and chafing.