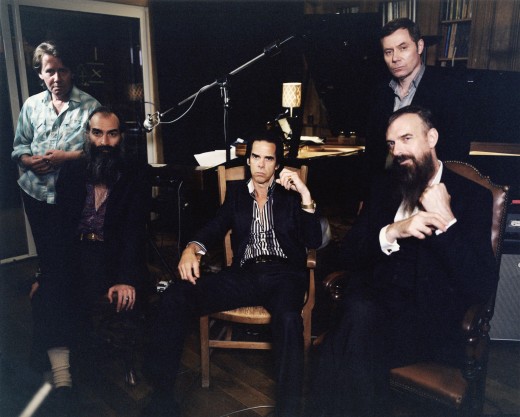 “I don’t believe in an interventionist God/But I know darling that you do.” Those are the opening lyrics to the song “Into My Arms,” which was my early introduction to the music of the legendary Australian band Nick Cave and the Bad Seeds–albeit through a now-forgotten Bill Pullman-Ben Stiller movie called Zero Effect from 1998. Since then, I have followed the band’s music off and on over the years but never really experienced their emotionally-draining power in a live setting.

That was until I saw the band perform this past Saturday at the Prospect Park bandshell. I may be exaggerating, but seeing Cave and the Bad Seeds on the stage could be compared to a religious experience.

In the appropriate setting of the dark night sky (the only thing that was missing was the lightning), the show encompassed the best of the band’s turbulent music, opening with the tension-filled “We Real Cool”–one of several recent cuts from their most recent record, Push the Sky Away. From then on, the set list was a combination of explosive numbers, such as the thunderous “Tupelo” and the rocking “The Mercy Seat,” and some heartbreaking tender ballads, including the aforementioned “Into My Arms” and “Love Letter.” There were also a couple of songs that conveyed a noir-ish cinematic feel to them, like the violent “Stagger Lee” and “Red Right Hand.” 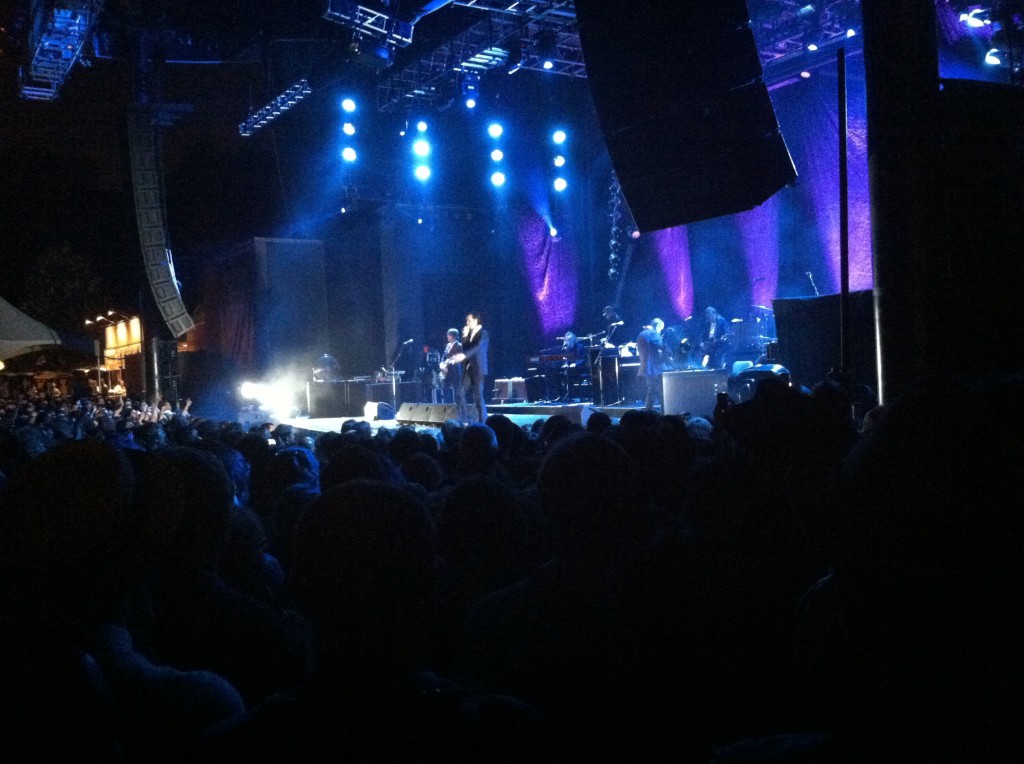 As much as the band sounded great–including the contributions from longtime member Warren Ellis–it was clearly Cave who naturally dominated the packed concert with his mesmerizing performance. With moves that were Jagger-esque, the singer was absolutely commanding as he moved across the stage and went into the the crowd, touching their hands as positioned himself as a shaman-like figure. His trademark deep voice genuinely conveyed the lyrics of pain and darkness specially on “Stagger Lee” and the hypnotic and somber “Higgon Boson Blues.”

The Bad Seeds’ show provided a climactic high point this year’s Celebrate Brooklyn season, which will conclude on August 9 with a concert by St. Vincent. I’ve seen many shows in the last 20 years, and this one from Cave and company belongs in the top ten of my all-time favorite performances.