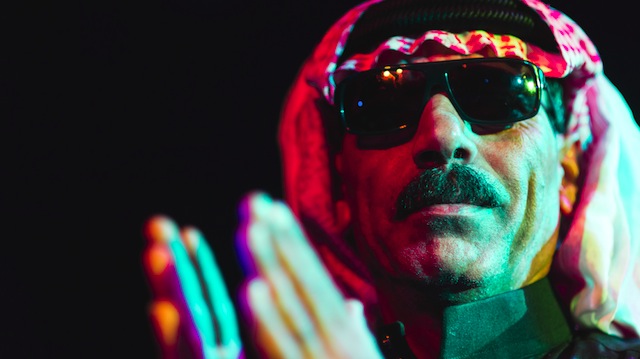 Before we know it summer’s going to come to a close and it’s going to be too cold to go out. Netflix and hot toddies in our bathrobes are going to replace our nights out bar hopping and seeing live bands, and we’re gonna whine about not having enough heat in our apartments. But until then let’s try and see as much live music as possible, shall we?

Here are a few recommendations:

The King of the Surf Guitar didn’t earn his title mimicking others. Incorporating Eastern music scales and experimenting with reverb, Dick Dale invented one of the most popular styles of music ever—surf rock. (He also helped produce the first ever 100-watt guitar amplifier that ultimately led to Fender developing the signature Dick Dale Custom Shop Stratocaster.) Stick around for the midnight after party featuring DJ Josh Styles (Daddy Long Legs) and dancing from Anna Copa Cabanna.

The multi-tasking one-man band decked out with a pilot’s helmet takes Delta blues in a wild direction. Some finger picking slide guitar while stomping out a beat on a kick drum and belting out vocals into a telephone receiver for a full set. Opener D’NT features ex-Giraffes front man Aaron Lazar on vocals and guitar, and ex-Beat The Devil drummer Mitchell King on the drums for some trashy reverb-drenched rock n’ roll.

Hailing from Ra’s al-‘Ayn, Syria, Omar Souleyman is an accomplished wedding singer who’s become a worldwide sensation, taking traditional dabke dance music and putting his own modern twist on it. His free performance at the House of Vans sold out (RSVPs are at capacity), but for $16 you can still see him and you don’t have to fear the dance moves of House of Vans headliners Future Islands (cause they’re kinda scary right?).