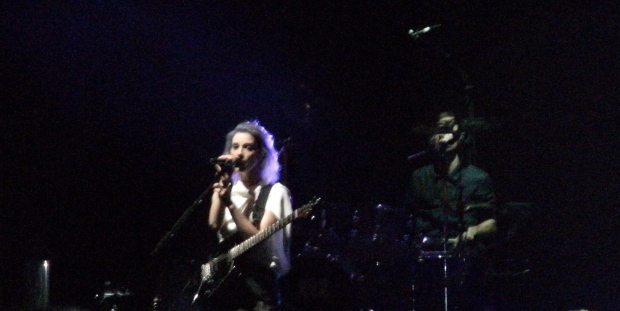 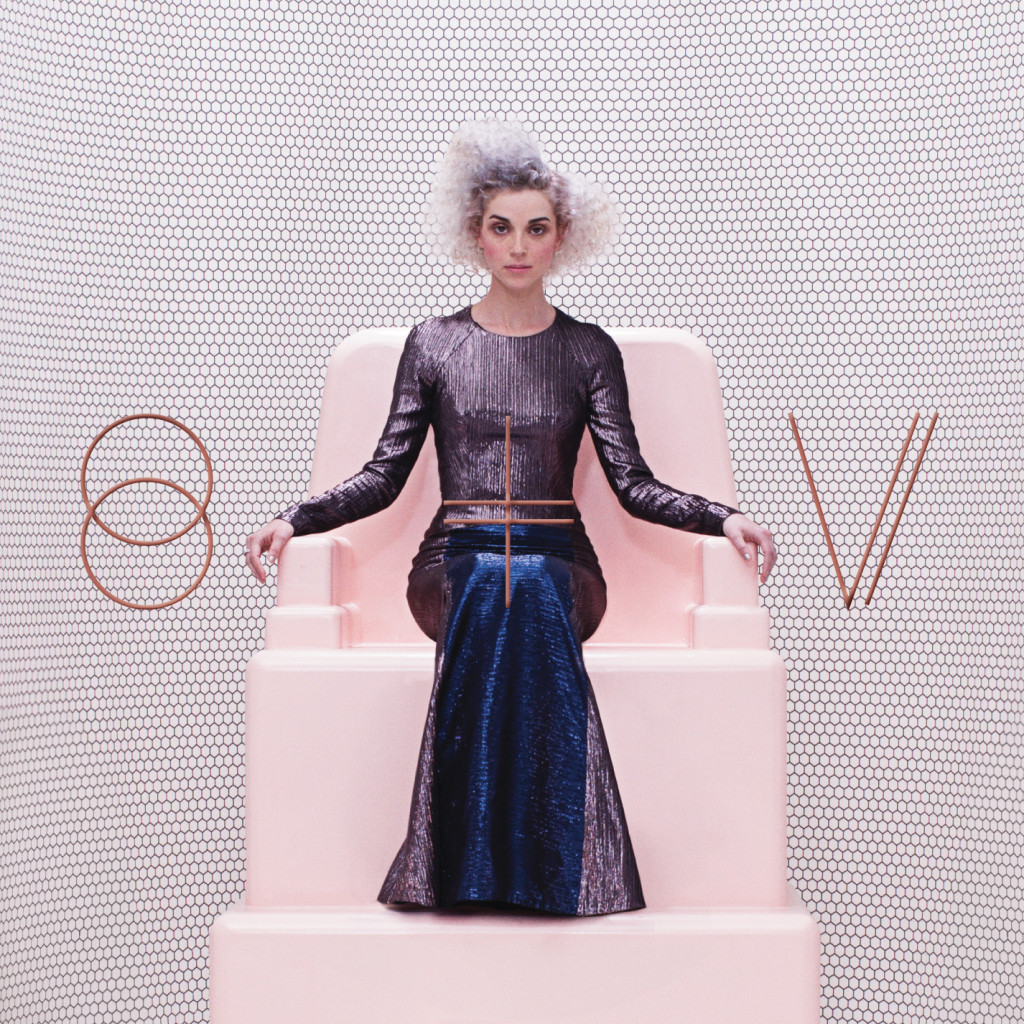 You couldn’t have asked for a more fitting finale to this season’s Celebrate Brooklyn! at Prospect Park than Saturday night’s show-stopping performance by St. Vincent. To a packed crowd at the bandshell (what do you expect–the show was free), the band delivered an arresting set of cutting edge, futuristic music It wasn’t your typical alternative rock show thanks to the band’s driving force, the charismatic Annie Clark. 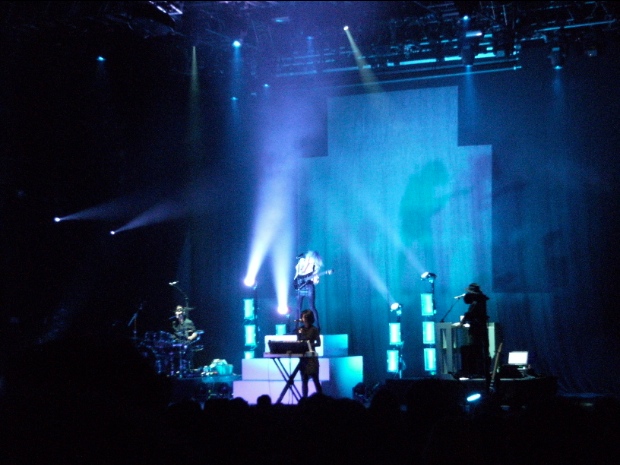 Against a minimalist, sci-fi-like stage backdrop, the 90-minute show drew from Clark’s four studio albums–including her most recent self-titled effort–and kicked off with the opener “Rattlesnake,” in which Clark introduced her stylized robotic moves and crazy-ass guitar playing. From there on, the set consisted of mesmerizing, idiosyncratic electronic-dominated tunes that were hard-edged (“Your Lips Are Red,” “Actor Out of Work”), danceable (“Digital Witness,” “Cruel”) and reflective (“Strange Mercy”).

Seeing Clark perform for the first time you can’t help but notice the influence of Prince, Kurt Cobain, David Bowie, David Byrne (with whom she recently collaborated), Neil Young, Patti Smith and Kate Bush in her on-stage presence, from her dramatic and poetic moves through the haunting tension in her vocals, to her mind-blowing guitar playing. It may be like preaching to the choir to say this, but the rapturous St. Vincent show in Prospect Park on Saturday is an illustration of why this is one of the most visionary acts in alternative rock today.

Brooklyn-based collective San Fermin opened for St. Vincent earlier in the evening and also brought an avant garde sensibility to the proceedings–albeit more with downtown Manhattan flair. It was an impressive set from a group of nine players that included a violinist and a brass section, an indication of how expansive the band’s sound is. During the show, San Fermin took the opportunity to debut a new song “Parasites” off of their upcoming album, so expect more promising things from this outfit.

All in all, Saturday’s show capped a summer that featured killer acts as The National, Janelle Monae, Beck, Nick Cave and the Bad Seeds, and Neutral Milk Hotel. The St. Vincent show ended Celebrate Brooklyn!’s season on a major high–with emphasis on the exclamation point. 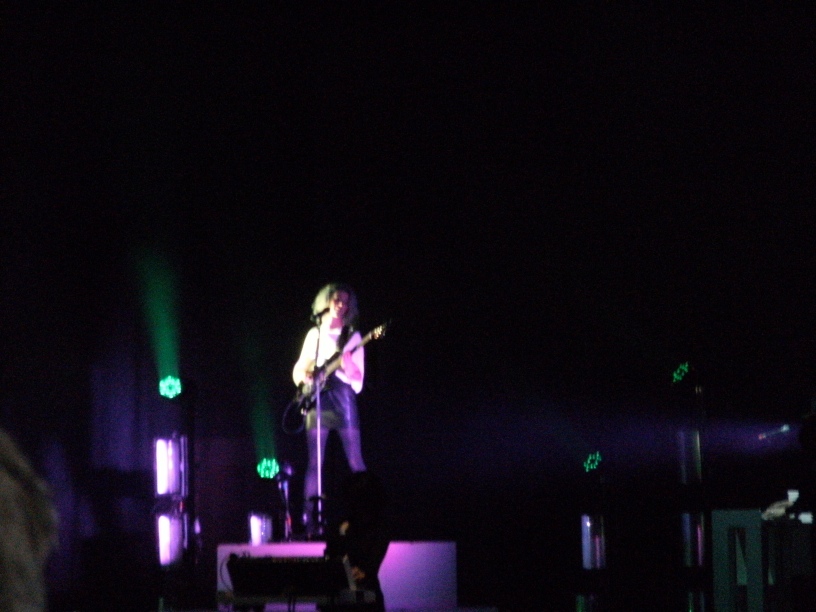