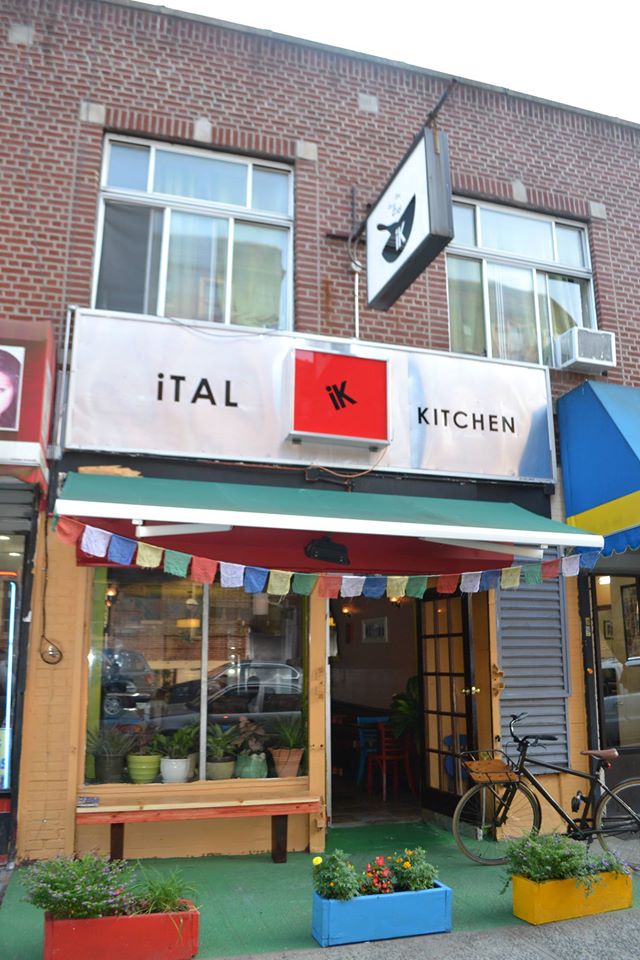 The Crown Heights restaurant scene these days seems to be a constant tug-of-war between the slew of trendy New American hotspots and the many longstanding Caribbean hole-in-the-walls (spoiler alert: there’s a lot more of the former opening, and a lot of the latter closing). But in all the ballyhoo about the rapidly changing face of Franklin Avenue and the surrounding area, a unique new eatery that effectively bridges the gap between these two faces of Crown Heights has gone largely unnoticed.

Ital Kitchen opened on Union Street last fall, just off of busy Franklin Ave., but I’ve yet to see a single review of this place published anywhere, despite unanimously positive shout-outs from customers on Yelp. On that site, chef/owner Michael Gordon summarizes his culinary philosophy as “obfuscation should be a crime in the kitchen” and that thinking is on display at this tiny, 16-seat eatery. It’s a sit-down setting with a beautiful ambiance, unlike many of the area’s no-frills Caribbean spots, but in contrast to many of the new restaurants here, there are no gimmicks, trends, or culinary tricks: just heart-warming food in a heart-warming setting.

Ital Kitchen is the kind of place that consistently makes customers say “it feels like you’re in someone’s living room,” but in this case it really, really does feel like you’ve walked into someone’s living room, from the maze of potted plants to the family photos on the wall, to a chess board set up and ready to play. It definitely doesn’t feel like any other restaurant in Brooklyn, matching colorful, island-hued walls with a romantic, candlelit atmosphere. 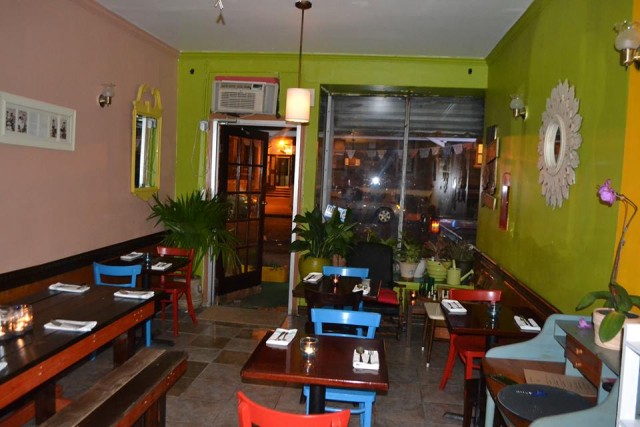 “Ital” cuisine is a traditional Jamaican form of cooking originally developed by Rastafarians, with a focus on natural, organic foods, a disdain for processed ingredients, and a fusion of flavors with influences from afar afield as China and India. (Hey…this sounds just like New American food!) Like most Ital eateries, Ital Kitchen is mostly vegetarian (with a few fish dishes on the menu as well). There are veggie takes on Jamaican standbys, like a seitan-based jerk chicken, along with more surprising offerings such as “Brooklyn chow mein”—delicate Asian noodles mixed up with crispy snow peas, green beans, and veggie “chicken.” A spicy avocado salad is also quite tasty, and there are a range of other fresh salad options as well—even that must-have kale salad, apparently mandated to be on every BK menu these days, shows up here mixed with raw pears, walnuts and a sweet shallot vinaigrette. Other menu options range from a veggie burger to fisherman’s stew.

While the prices ($11 to $13 for an entree) might seem high to those used to getting their Carib fix at take-out joints, they compare favorably to most of the newer sit-down restaurants in these parts, and the fact that it’s BYOB offers added wallet-pleasing appeal. 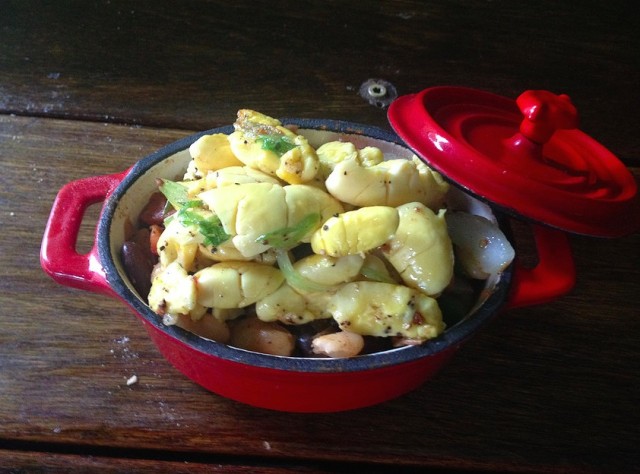 The brunch-time “Ackee power pot” features the Jamaican fruit ackee over a stew.

If you find yourself facing an ungodly wait for a table at one of Crown Heights’ trendy new spots like Pacifico’s Fine Foods or Mayfield, do your tastebuds a favor and stroll down Franklin to Ital Kitchen.