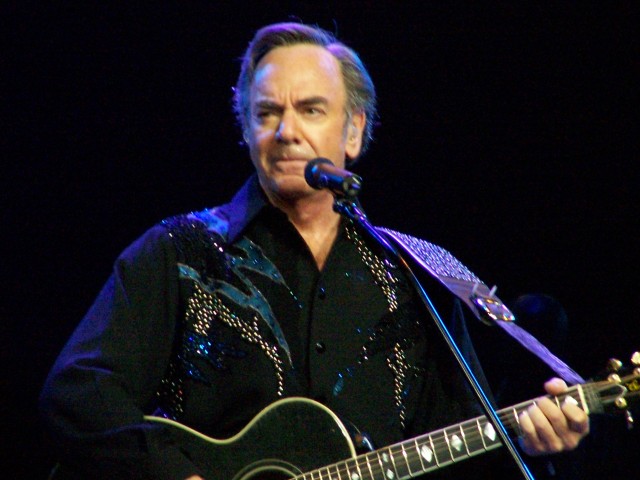 UPDATE: Brooklyn Vegan reports that the show is at Erasmus High School tonight, tickets are first come, first served starting at 3pm, and the school asks that no lines form prior to 3. So hop on the B, Q, 2 or 5 train now for a chance to see a legend play at his alma mater.

For one night, Brooklyn’s native son is coming home. Music legend Neil Diamond–who graduated from Erasmus Hall High School (where Barbra Streisand also attended)–is playing a secret show somewhere in the borough on Monday, Sept. 29, Brooklyn Vegan reported Wednesday. The venue will be revealed by Diamond around 8am the day of and tickets will be made available on a first-come-first-served basis at 5pm and Diamond will perform starting at an hour later. No specific details have been offered on where to hear the announcement, so the best thing to do is probably check his website and social media like Twitter and Facebook.

Apparently, for a man who has performed on some of music’s biggest stages, Diamond has never played in Brooklyn! Of course there is a back story to this gig—Diamond has a new album coming out on Oct. 21 called Melody Road, his first for Capitol Records after being with the Columbia label for four decades. Personally, my earliest introduction to the legend’s music wasn’t through popular classics like “Sweet Caroline,” “You Don’t Bring Me Flowers,” “Song Sung Blue” and “I Am, I Said,” but with “Love on the Rocks,” a bittersweet hard-luck song from The Jazz Singer soundtrack that still smolders after nearly 35 years. So I’m keeping my fingers crossed that he’ll perform that song at this special show.

Meanwhile, to get yourself in the mood if you’re lucky enough to attend, check out my Spotify playlist of the Brill Building-trained songwriter’s best. It’s been a long time Neil, but it’s good to have you back in Brooklyn.

UPDATE 9/29/14: On Monday morning, Neil Diamond confirmed via Twitter that the ‘secret’ show will be at Erasmus Hall High School tonight. This was earlier reported by Brooklyn Vegan.