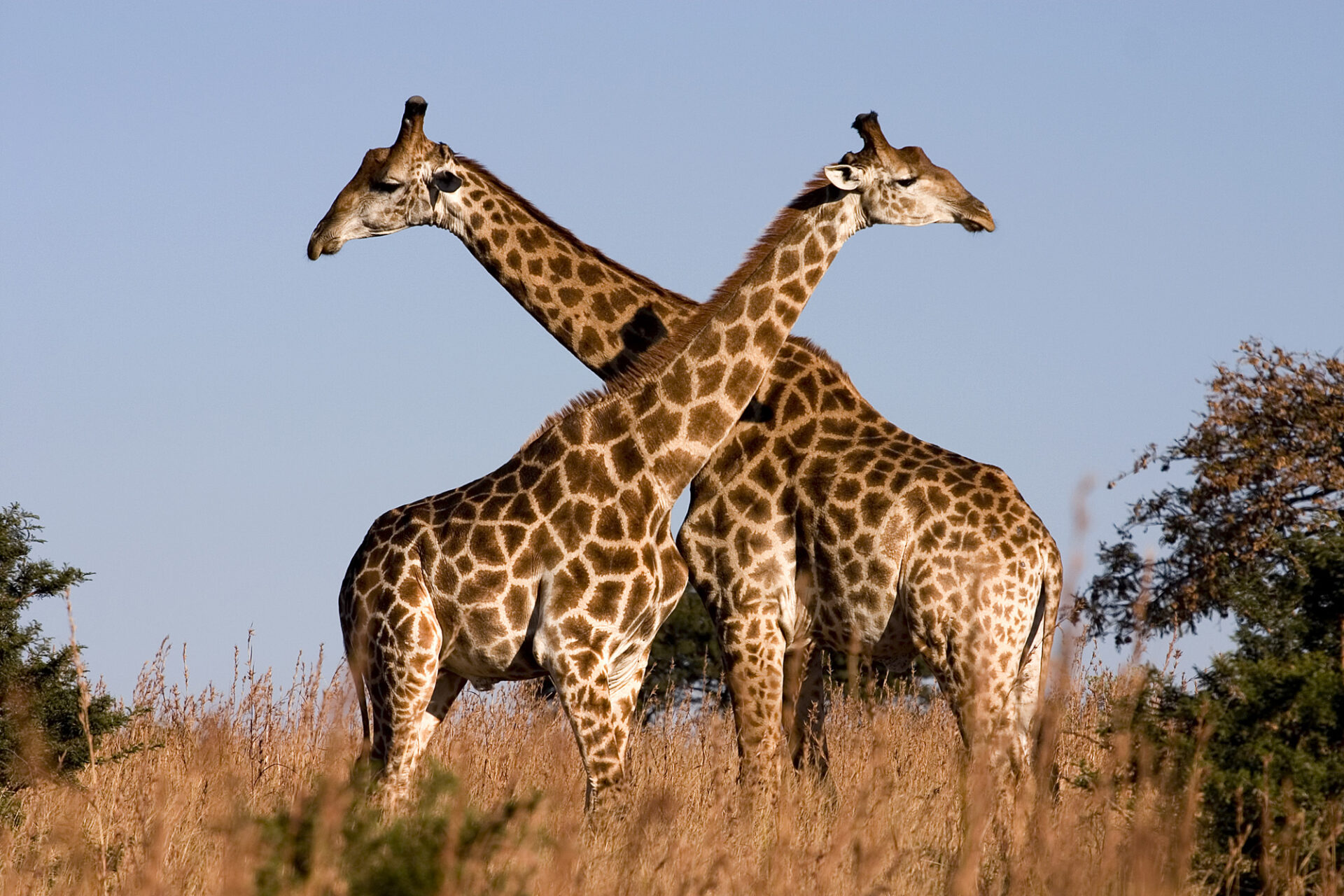 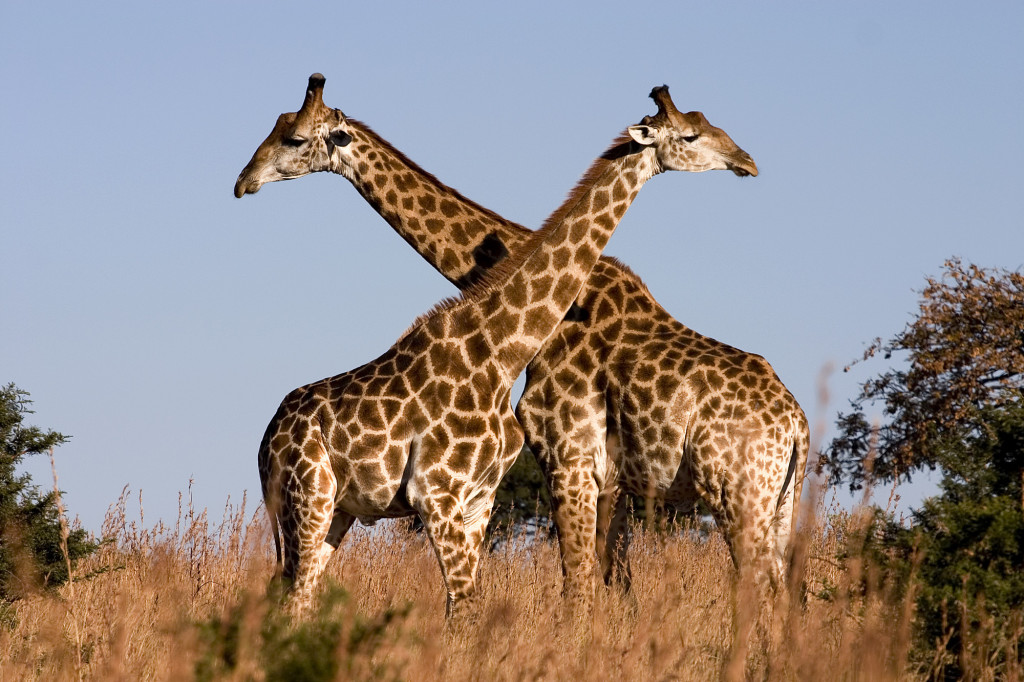 The New York Times schooled on an giraffes this month. Photo: Luca Galuzzi via Wikimedia

Likely you’re headed out on some kind of adventure tonight or tomorrow, whether it’s the kind that involves glitter, greasepaint and candy corn-flavored shots, or the type that starts with a Seamless order and ends three horror movies, a pizza and a bowl of popcorn later. Polish your party conversation game with this handful of stories from the past month and turn up your charm whether you’re on the dance floor with a cute werewolf or on the couch with a pal.

In only-in-Brooklyn news, we reported on the Brooklyn Public Philosophers, a group that meets once a month at the Brooklyn Public Library to discuss the role of philosophy in pop culture and modern life. The next one, on Monday, Nov. 3 features Alice Crary of the New School discussing the role of literature in moral reasoning. Jordan Heads Brooklyn, a consignment store devoted to Air Jordans and every other bit of footwear, equipment and merch bearing the Bulls legend’s stamp of approval, opened in Bed-Stuy. And, Narratively explained exactly how Action Burger, one of Brooklyn’s weirdest eateries, came to be.

Our collective obsession with restaurants of all kinds continued, this month through the business side of the industry. We reported on the harsh realities of opening a restaurant in Brooklyn, even in an unloved, industrial corner of the borough, through the lens of Arrogant Swine, new barbecue spot in East Williamsburg. The Wall Street Journal claimed that while rents are rising, and lots of restaurants are closing, the restaurant industry is still on an upswing. The Daily Beast disagrees, saying that restaurants in New York, especially in Manhattan, are facing tougher times than ever, with soaring rents and Brooklyn competition salting their games.

It all comes down to gentrification, right? Brokelyn published an article profiling community activist Imani Henry, whose rallying cry has to do with affordable housing for all, and who claims that, “There is nothing hip and cool happening in Brooklyn. It’s a war.” That seemed to ring true in Bed-Stuy where two landlords are accused of colluding to burn down a building with squatters inside to take advantage of the real estate market in the neighborhood. Lest you think gentrification is a Brooklyn-only battle, The New Yorker took a look at tensions between long-time communities and tech bros in San Francisco, and the public parks they’re fighting over. 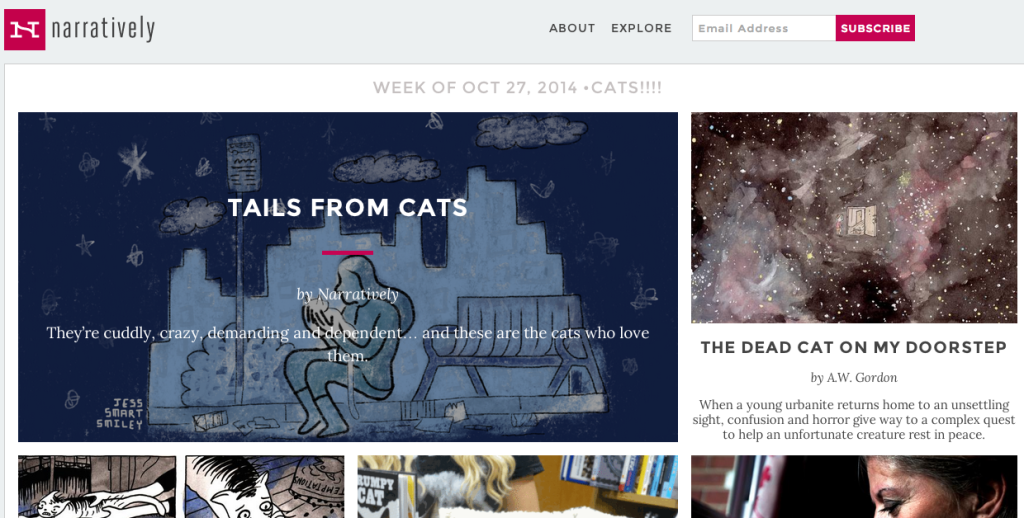 The New York Times has been on a real animal explainer kick lately. First, this perfectly lovely article about our misconceptions about giraffes (they are NOT stupid, guys). Then a video about how snakes move through sand. Finally, an article about how beavers may just save the West from drought. All the news from the wild kingdom that’s fit to print. There must be something furry in the air, because Narratively devoted the entire week of Oct. 27 to cat tales, including this chronicle of the life-affirming powers of Grumpy Cat.

And finally, Ask Polly, Heather Havrilesky’s advice column for New York Magazine continues to explain modern emotional predicaments with scarily awesome insight. This column, titled, Would He Love Me if I Were Prettier, Skinnier and Sweeter will reduce to tears of gratitude any person who has inexplicably loved a trainwreck who was also an asshole. So, pretty much all of us. Thank you, Ms, Havrilesky. Our early 20s make so much more sense now.