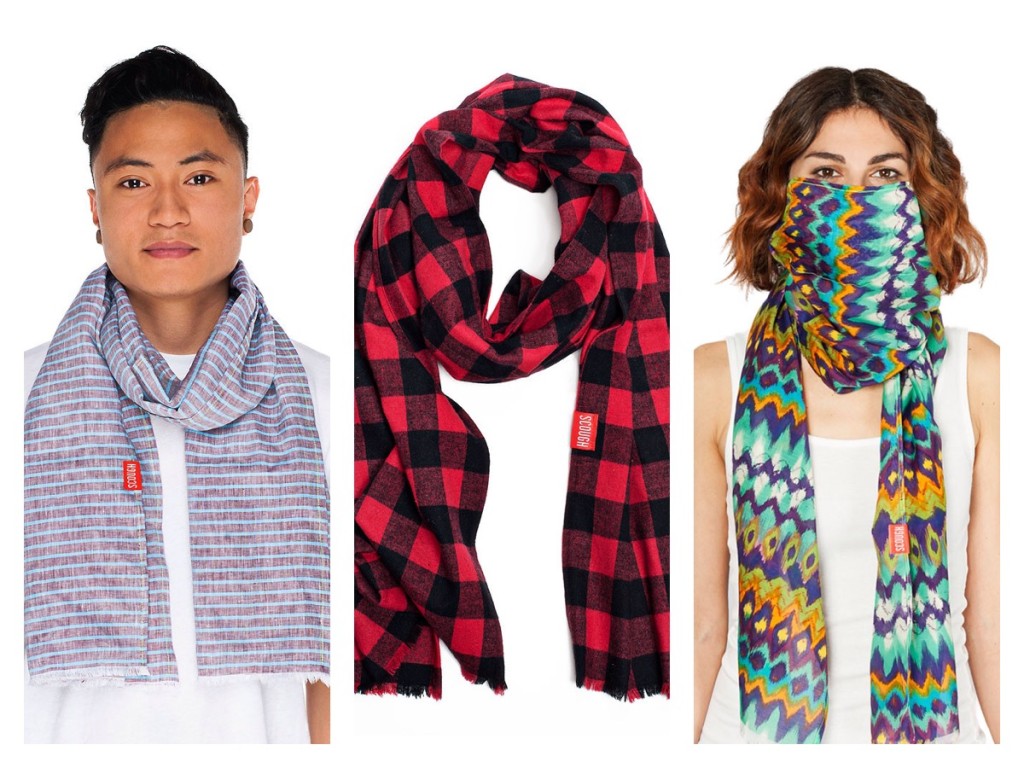 Last week I was sitting on the train when the woman next to me sneezed on me. She didn’t mean to. She went for the usually foolproof food service-style face cover, but instead of sneezing directly into the crook of her elbow, she sneezed under her elbow, which created a wind tunnel of wet, germy air that landed directly in my lap. And then she did it again. And a third time.

I was inspired to wash my hands particularly well when I got to my destination, and to get a flu shot. Last year though, fellow sneezed-upon straphanger Andrew Kessler reacted to a similar experience by inventing the Scough.

The Scough (say it out loud), looks like a normal scarf, but there’s a hidden panel that holds an activated carbon filter impregnated with silver that traps and neutralizes airborne viruses and bacteria, common pollutants like exhaust fumes, and odors–whether that’s the body spray your coworker in the next cubicle insists on wearing, or the even less appealing scents you might encounter on your commute. They work for cold and flu prevention, as well as blocking out fumes and odors that trigger chemical sensitivities (or your gag reflex).

After researching various ways to build a better filter (the Scough removes 99% of airborne particulates and bacteria), Kessler and his two co-founders, Ari Klaristenfeld and Alexa Nigro, launched the company last January and it’s been an instant success. 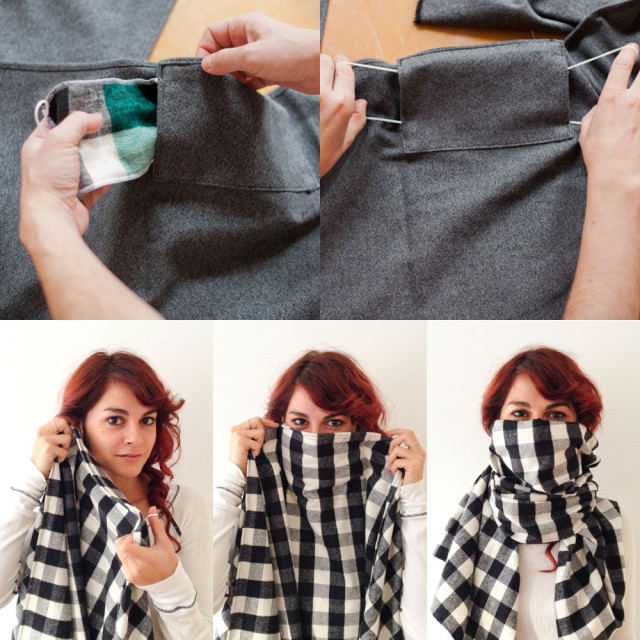 Sewn in a small factory in Sunset Park, Scough is the rare U.S.-made product that regularly makes a “reverse commute” to China, says Klaristenfeld, who noted in a phone interview that he and his co-founders were inspired by the Asian custom of wearing surgical masks for protection against germs and pollution. “We wanted to create a product people would be willing to wear, so we experimented, using scarves we already had, to get surgical mask protection in a scarf,” says Klaristenfeld.

Perhaps unsurprisingly, the Asian approach to germ protection is somewhat different than the American attitude. “Here in the U.S. we’re more focused on protecting ourselves,” says Klaristenfeld. “In other countries there is an accepted common courtesy to wear a surgical mask if you are sick–we’re trying to slip in the courtesy aspect.” In heavily polluted cities like Beijing, daily protection from airborne particulates is more of a health necessity than a courtesy, and Klaristenfeld noted that the Chinese Scough market was excited to have, “a fashionable alternative to a mask.”

And yes, they’ve seen an ebola bump. “People are hyper aware of what’s being transmitted in the air and they’re more concerned,” says Klaristenfeld. “We’ve seen a spike in interest over the past few months.” He cautions that a Scough will not prevent ebola transmission, since it only works on airborne viruses, like the flu, but that it’s a great wellness weapon for air travel and for all of cold and flu season.

In addition to heavier winter fabrics like flannel, Scoughs are also available in chambray, rayon, lightweight cotton and silk and cotton blends, for year-round wear, and range in price from $30 to $90, depending on the style and material. They also make a bandana version designed for cyclists who want to reduce the amount of diesel fumes they huff daily, and Klaristenfeld agreed when I suggested that they might serve as tear gas protection in say, a protest, though, “you’d also have to also find a way to protect your eyes.” He noted that Kessler brought stacks of Scough bandanas to Burning Man this year, where they deftly filtered out the festival’s notorious sand storms, and quickly became highly coveted.

While the scarf portion of your Scough may well last forever, the filters need to be replaced every three months to remain effective.  The company recently launched a subscription service that automatically sends you a refill for $20 a pop. Klaristenfeld says that the they are currently working on limited edition prints with local artists to expand their offerings and reinforce the Scough’s made-in-Brooklyn pedigree. Here’s hoping your next subway ride is just as inspirational–and sneeze-free.