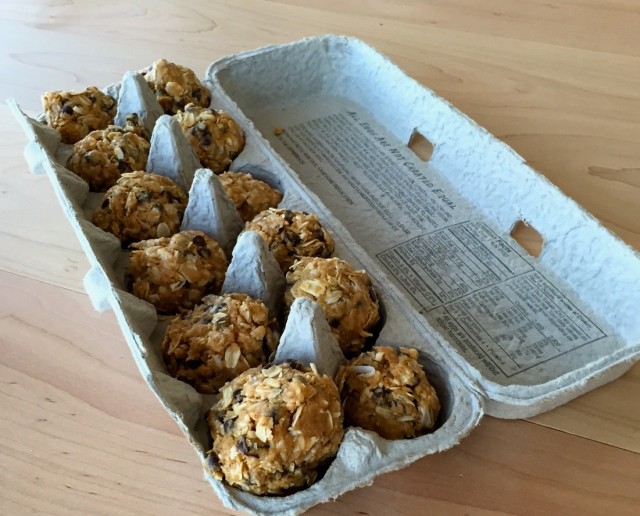 To Whom it May Concern,

Enclosed please find my resignation letter. It has come to my attention that I am no longer able to work here. I have not completed a sentence, much less a thought, in 24 days. I spent over 160 hours in Halloween-costume negotiations, which finally concluded with the Batman one—from last year. I have made multiple, delicious meals that were not consumed nor cleaned up. I believe my abilities are not being met with appropriate appreciation. Also my head hurts and my voice is shot from screaming “stop screaming” and “Stop hitting your brother with a sword.”

Obviously it’s been a tough week. The kids are not eating meals and becoming hungry then cranky. A friend who is having the same frustrations calls it “Hangry”– what happens when a kid doesn’t eat meals, then gets hungry and angry. Then he asks for snacks. Mom resists because snacks mean no meals but eventually she can’t take the hangriness anymore and she gives him a snack. It’s a vicious cycle that us non-French moms seem paralyzed to resolve.

Picky Eating Scholar Dina Rose, in her book, It’s Not About the Broccoli, advises parents to create an eating schedule with specific times allotted for meals and snacks. I tried to do this last night when the kids were sleep but before I really got anywhere, Nate called out from his bed. His eye hurt, he said, from the pillow. Once that got sorted out, Mack was up with eye troubles of his own. Apparently he could no longer see.

After putting both boys back to sleep, again, I remembered Mark Bittman’s recent New York Times Magazine article about how he raised healthy-eating daughters by allowing them to snack–as long as the snack was non-processed or homemade. So maybe instead of ending the hangriness cycle I should focus on the snack. What could both quench the crank but save room for dinner?

I’m not a baker so I needed something easy to make that would satisfy Nate’s sweet tooth, sustain him with healthy protein and fiber but not make him too full. I had seen something called energy balls at our local coffee shop and after some trial and error came up with Chocolate Peanut Butter Balls, which despite the name are pretty healthy and super simple. 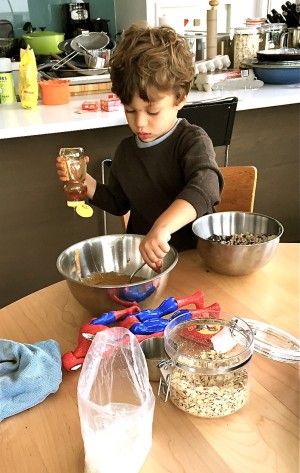 Miraculously both boys enjoyed making them and eating them (that’s Mack on the right, taking his job seriously). Even Michael loved them. It seemed almost too good to be true but so far this snack is here to stay, which is great, because it looks like I am too.

3. Combine the two and chill in the refrigerator for an hour. Then roll into balls. (I like to store them in empty egg cartons but Tupperware is fine, too.)

4. Talk about them lovingly around the home and offer them as “special treats.”