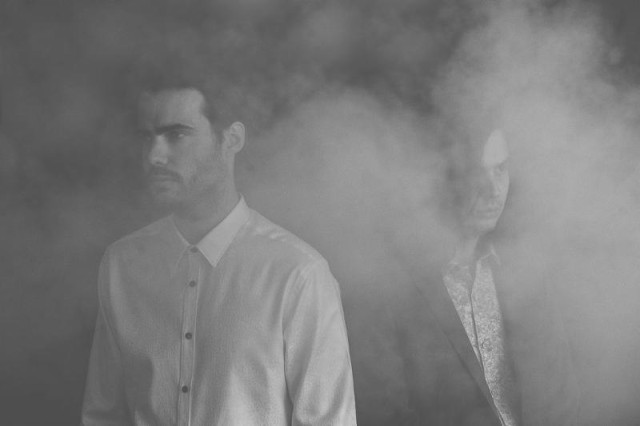 The electronic duo Beacon chose a fitting name–their arresting music emits a spark that signals something quite majestic and sublime. Last year, the team of Thomas Mullarney III and Jacob Gossett put out a wonderful full-length album titled The Ways We Separate, a collection of tracks that are delicate and dreamy in mood, buoyed by intricate beats and sweeping atmospherics. Tomorrow, Beacon releases a new EP, L1, which is a further extension of the sounds explored on the previous album. As Gossett said in a recent press release announcing the EP: “Our records have often been described as moments after the night has given way, a ‘comedown after the club.’ Hopefully, this record inspires people to go back out for one more.” 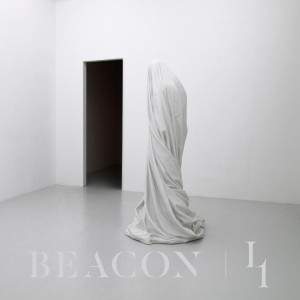 Mullarney and Gossett met as students of Pratt Institute, the former specializing in painting and the latter in sculpture, which might explain some of the group’s avant garde qualities. In a way, Beacon’s music can be interpreted as sound paintings and sculptures. Disparate elements, like dissonant beats and lush melodies form something quite beautiful and intimate. The music is also ambiguous thematically–it’s at once melancholic and dark, and kind of romantic and spiritual. Mullarney’s delicate, out-of-body vocals add to the mood. “I wanted to stage intimacy and desire as natural forces,” Mullarney said in the same press release, “spinning with reflex and intuition, caught within different spheres of influence.”

Over the course of five tracks, L1 pulls the listener in to Beacon’s emotional vortex, with varying in mood and sounds, from the cerebral “Fault Lines,” which builds in intensity and then concludes with something that sounds like white noise, to “Better Love,” a dreamy and lovely-sounding ballad, to “Minor Structure,” which sounds fragile and dissonant amid the electronica influences. Overall, Beacon’s latest effort is a perfect soundtrack for anyone who just wants to chill out, especially on a long winter night. And for fans, it’s a wonderful taste of what’s to come from the duo as far as a new full-length record is concerned.