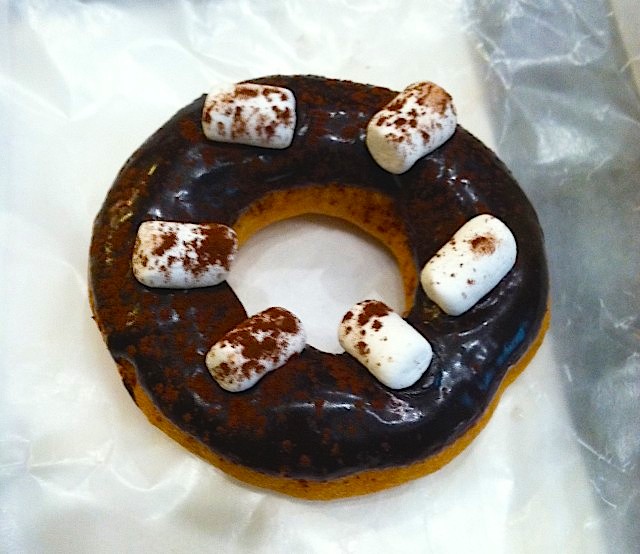 We’re in it–holiday party season. Whether it’s chatting up your boss at your work party, or charming your significant other’s family over dinner, you’re going to need something to talk about in the coming weeks. Here’s what we’ve been reading lately.

1. It’s a heavy shopping time of the year (check out all our holiday gifting coverage, if you’re still in a buying mood). Some parents, though, have had it with all the toys, clutter and kid junk, and are taking drastic steps toward minimalism, with interesting results.

2. Remember when there was a huge black market for stolen Tide? Well, baby formula is the new Tide, says Vocative, complete with formula fences and kingpins.

3. Racism, police brutality and the deep flaws in our justice system are THE issues of the day. At The Atlantic, Peter Beinart argues that if Eric Garner, the Staten Island man killed by an NYPD chokehold, had been white, he would now be a Tea Party cause celebre and martyr. Chris Rock told Frank Rich that “racial progress” has nothing to do with black people and everything to do with the gradual decline of white ignorance.  Salon counseled Democrats on how to address systemic racism in a meaningful way, and our own borough president, Eric Adams, a former NYPD officer, took to the pages of The New York Times to explain and condemn the police culture that led to Garner’s death.

4. Doughnuts are everywhere, again, or still, depending on how you look at it. We checked out Cream, a fancy new sweets shop in Bay Ridge. A Doughnut Plant branch opened on Flatbush and Bergen, the first in Brooklyn, and no less an authority than The New York Times weighed in on the best doughnuts in the city (Pies ‘n’ Thighs and Peter Pan made the cut, Dough, surprisingly, did not). 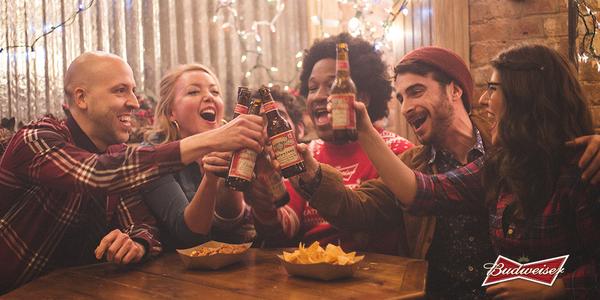 6. The Millenials’ sense of entitlement has been well documented (and felt first-hand by many of us latch-key kids). But it has served them particularly well in their taste for good beer. Almost half of this generation has never tried Budweiser, because they know better, and because PBR, which is equally shitty, has maintained its association with old men drinking in VFWs and thus is way cooler. (It claims it’s done this without spending a dime on adverting but we distinctly remember a painted sign for PBR on McGuinness Blvd. a year ago.) Budweiser is now playing catch-up and targeting the young’uns with vintage branding and men in plaid. Meanwhile craft beer is booming–a movement Jimmy Carter helped kickstart by legalizing home brewing in 1978.

7. You can give New Yorkers a brown box to put food scraps in, but you can’t expect them to separate the plastic out, too.  We’re not the only ones, though. Apparently other cities have the same problem obeying the cardinal rule of composting–no inorganic material, ever. The Delaware facility that’s been processing the city’s compost was allowing metals and plastics in its organic “feedstock” (and later separating it out) until its neighbors complained about odors so rank, kids couldn’t play outdoors. It was shut down in late October, and since then, the roughly 36 tons of food scraps and yard waste the city has been collecting from 400 schools and 15 neighborhoods each week has been going to some smaller compost facilities in New York and Connecticut, but also to landfills until a better solution is found. 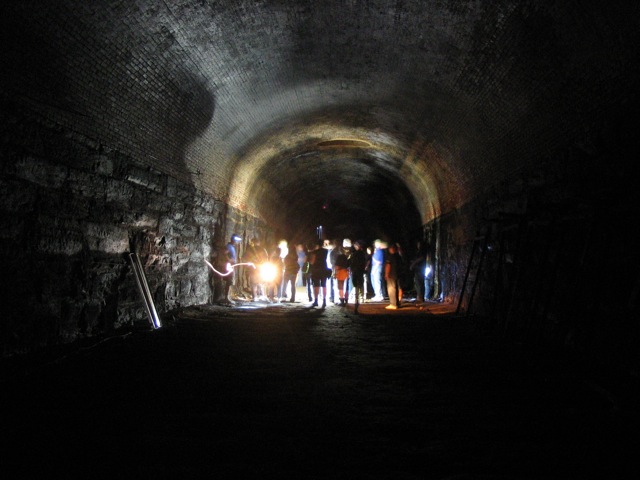 8. The man who once led tours of the hidden subway tunnel beneath Atlantic Avenue until the city shut him down, and who has also led an unsuccessful mission to restore streetcars in Red Hook, has now been scorned by National Geographic, too. Bob Diamond was working with the media company on a documentary about the tunnel and the discovery of an 1830s steam locomotive inside of it, but was cut out of its production. Clearly this has been a big blow–the $15 million lawsuit is also seeking damages for the mental distress the soured deal has caused him.

10. As New Yorkers, transportation is always on our minds. We discovered a new car service app that actually costs less when demand is higher, and has green ambitions and none of the public image (and asshole) problems of Uber. Companies like Uber and Lyft are squeezing taxi drivers (something we’ve heard anecdotally from car service drivers, too), so much so that taxi medallions are worth less than they used to be, in New York and in other cities around the country. And, this story about a Vermont resident who drives a retired yellow cab he bought on Craigslist for $1,000 really tickled our fancy.