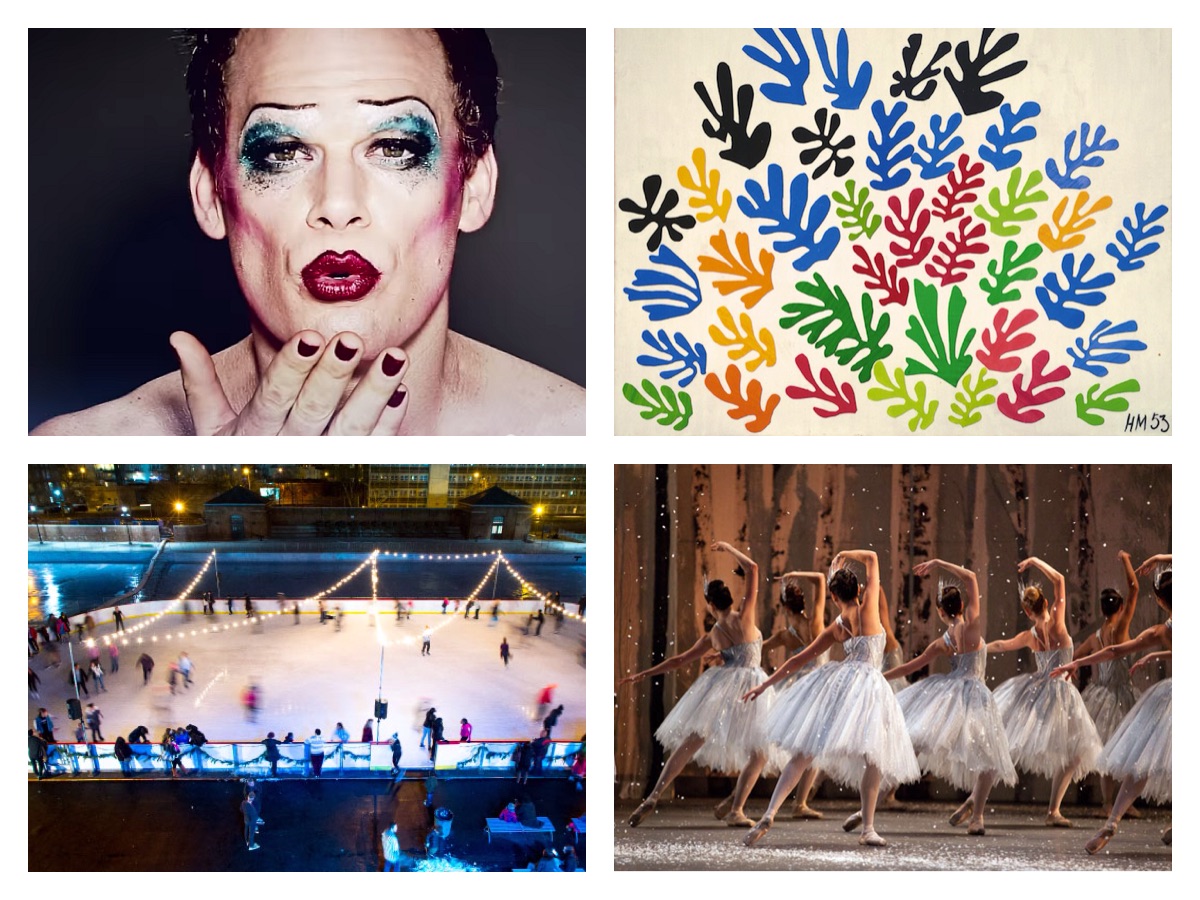 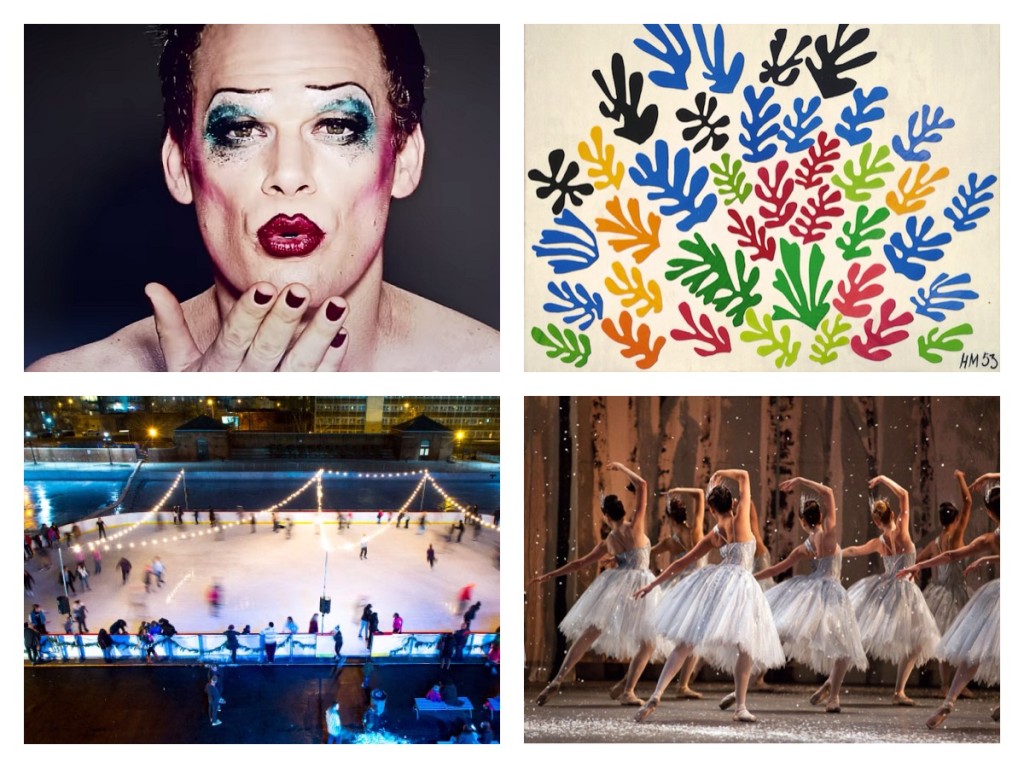 It’s not just the holiday season in New York, with all those lights, elaborate window displays and ill-advised third (or fourth or fifth) servings of mulled wine, it’s also something of a peak to the cultural season. Lots of plays and art exhibits open in early fall, with runs that last through early January, while Hollywood hoards all non-summer blockbuster films until November and December, so a slew of movies for Oscar consideration come out this time of year. The end result being that there’s suddenly a glut of great stuff watch, see and do, with the added pressure that many of these shows will soon close. Here’s how to treat yourself to a cultural holiday in New York City over the next few weeks, with a few especially-for-the-season picks thrown in. And, for an extensive selection of live concerts, check out our year-end live music round-up.Art

Egon Schiele at Neue Galerie  There’s something perfectly suited to the holiday season about the Neue Galerie. The relatively compact museum is located in an absolutely stunning Upper East Side townhouse that includes two cafes serving excellent coffee and pastries in Viennese tradition, and the whole thing is luxurious and indulgent in both a Gilded Age New York and high mitteleuropa kind of way. Go see the exhibit of Egon Schiele’s portraits that is up through Jan. 21–they’re weird, raw and beautiful–wander through the museum’s collection of fine and decorative arts from early twentieth century Austria and Germany, and then treat yourself to an authentic sachertorte or schwartzwalder kirschtorte and coffee at Café Sabarsky. If you want to keep the German theme going, take a short walk to the Guggenheim to see Zero: Countdown to Tomorrow, a survey of the mid-century German arts collective, Zero, closing Jan. 7. 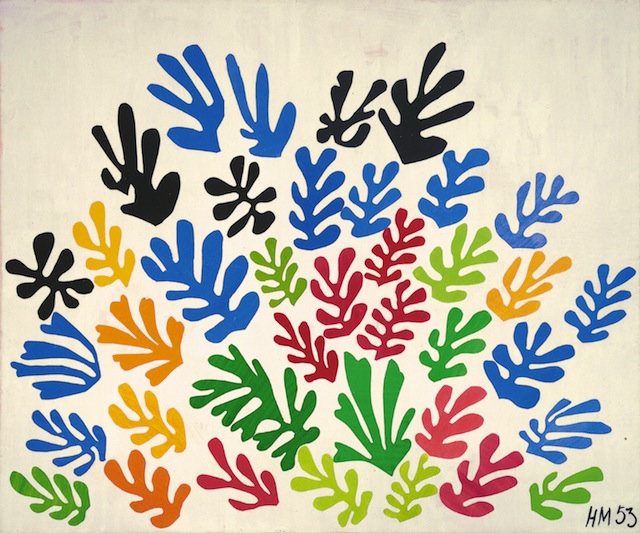 Matisse at MoMA If the holiday madness that surrounds Rockefeller Center has kept you away from MoMA’s standout Matisse show, try coming early. Last weekend around 10am, there was plenty of room on the sidewalk to gawk at the windows of Saks on our way to the museum’s educational center for one of their free family tours–a fantastic deal in this expensive city. That’s not to say it won’t be crowded once you get inside the exhibition, which you’ll need to reserve a timed ticket for unless you’re a member. All of these are minor nuisances for a beautiful show, and Meredith Craig de Pietro agrees. “Through my rosy holiday lens,” she writes, “the approximately 100 cut-outs were examples of pure magic. In Matisse’s later stages of life he was unable to paint anymore, so he picked up a pair of tailoring shears and started cutting and piecing together collages. This simple technique is something we’ve all done since preschool…but here the magic is all in the artist’s vision. The vibrant colors and the organic shapes are literally transcendental; they have been transformed from simple child’s play into pure beauty. Seeing the all of the “Blue Nudes” together, instead of individually on a dorm room poster, was refreshing and gorgeous.” And definitely worth admiring over the shoulders of many others. Be sure to check out Nicholas Nixon’s portraits of the Brown sisters, whom he photographed together each year for the past 40, before you go.–Nicole Davis

Crossing Brooklyn at the Brooklyn Museum If you’ve ever lamented that the Brooklyn Museum just doesn’t pay enough attention to local contemporary artists, Crossing Brooklyn will satisfy your need to see your brethren represented on its walls. The floor-wide survey of artists working in neighborhoods like Bushwick and Bed-Stuy seems sparse upon entry–this is partly to do with the layout of the exhibit, and partly because so many of the pieces are interactive and require the artist to be present to bring their art to life, whether it’s a photo booth or a string of bells waiting to be rung. But there are a number of works that require just your attention to enjoy them–like Kambui Olujimi’s hallucinogenic sound and video installation of moving, kaleidoscopic clouds that will transfix you. Bryan Zanisnik’s “Meadowlands Picaresque,” a 3D peek into the subconscious of his suburban New Jersey childhood, recalls that feeling of being amidst your family’s detritus, staring at the china set no one will ever use or have room for, the hobbies you grew out of, and the furniture that belonged to another life. Nina Katchadourian’s three-channel video installation is such a funny surprise it can snap anyone out of a sour mood. And textile art like Yoko Inoue’s chains, made from the clothing of residents in the Brazilian city where she once lived, and presented beside photos of Japanese women chaining themselves to chairs in protest of a new development, are imbued with a life of their own. So many pieces here involved journeys, and while not all of them are actually transporting, this is a show that gets more delightful the further you explore it. If you can, plan to come Saturday, Jan. 3–it’s the museum’s monthly First Saturday program, and the last day a number of the artists will be present to “activate” their work before the show closes on Jan. 4.–N.D.