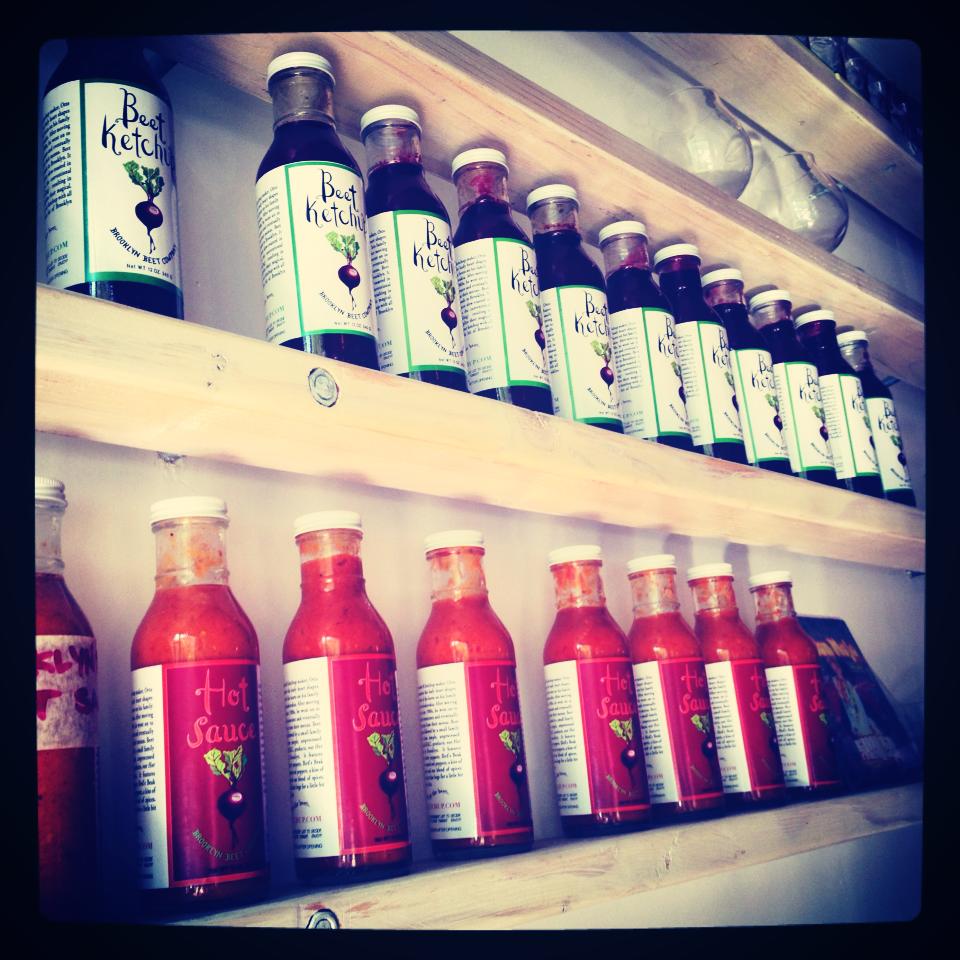 There’s no doubt in my mind that Bay Ridge has Brooklyn’s most underrated restaurant scene. Ever since cupcake queen Allison Robicelli gave me an intro tour of the nabe’s best holes-in-the-wall this fall, I’ve had a long list of eateries I need to return and sample. Bay Ridge isn’t just about taquerias and falafel spots though. One of the best meals I’ve had anywhere lately was at Brooklyn Beet Company, a restaurant whose New Brooklyn-y name belies an Old World outlook. Owners Maria and Otto Zizak previously opened Korzo in South Park Slope and the now-shuttered Korzo Haus in Manhattan. Ironically, their furthest-out spot is much more intimate than their outposts in more expensive neighborhoods; this one is a very narrow space with a long row of communal tables that seat 24.

The Zizaks are from what is now Slovakia, and the focus here is on creative interpretations of classic dishes from throughout Central Europe (including yes, lots of beets). I’m usually skeptical of chef-driven updates on ethnic fare–give me a taco truck over a high-end “street food-inspired” Mexican restaurant any day. But BBC succeeds in keeping a mellow, laid-back atmosphere while putting some new-school spins on age-old dishes. I actually just returned from a rather gluttonous jaunt through the Czech Republic and Hungary myself, and found that the dishes here do justice to the extremely hearty flavors found in those countries, in some cases even offering welcome improvements.

I loved that “fried cheese” appeared on pretty much every Czech menu I saw, but the bland, rubbery white stuff that came out was usually underwhelming. Here, the fried Czech brie is a warming winter delight, crisp bread crumbs on the outside, with gooey cheese that melts out when you cut in, all dipped in a very tasty horseradish sauce. Their dumplings, another Central European staple, are a far cry from the fluffy dough-bombs seen in so many other places. At Brooklyn Beet Company they mix turnip into the dough to give them a little extra heft and flavor, plus bits of spicy pork or mushroom in the middle. Then the dumplings are sauteed in brown butter and served with shredded asiago cheese and scallions on top.  It’s a wonderfully satisfying dish that is rather undersold on the menu as the vaguely healthy-sounding “turnip dumplings.” 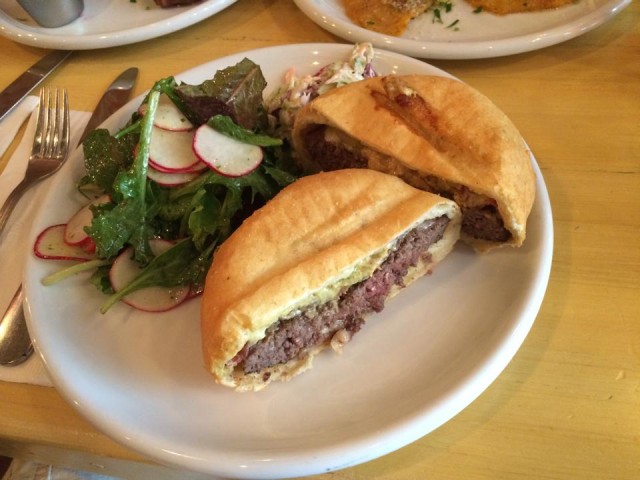 There’s nothing remotely healthy, assumed or otherwise, about the Korzo Burger, the dish that has attracted the most attention at the Zizaks’ first two spots, and turns up again on both the brunch and dinner menus here. The standard bearer of Hungarian street food, langos are a puffy deep-fried flatbread, traditionally served open-faced with melted cheese and other assorted toppings. In this case the langos stands in for a hamburger bun, wrapped around an organic all-beef patty. The toppings–applewood-smoked bacon, diced dill pickles, emmental cheese and mustard–are layered between the bread and meat, then the whole thing is flash-fried. It is best devoured after being slathered in the restaurant’s signature “beet ketchup,” an additive-free stand-in for Heinz made from slow-roasted, caramel-y beets blended with a melange of flowery Eastern European spices. Ketchup lovers won’t find that this stuff approximates the real thing, but as someone who’s always been grossed out by Heinz, I now want beet ketchup on every burger I ever eat again.

Brooklyn Beet Company, 7205 3rd Avenue, near 72nd Street; 347-492-0020. Open for dinner every day and brunch on weekends. They also have a very reasonable New Year’s Eve dinner planned: $55 gets you four courses with wine/beer pairings included, and the a la carte menu is also available.