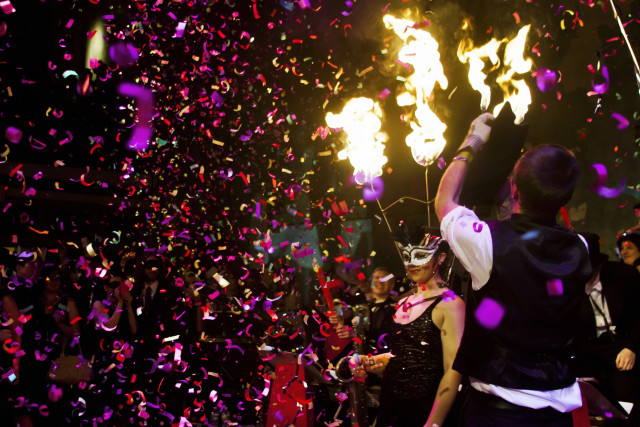 Brooklyn nightlife suffered a lot of casualties in 2014. A slew of DIY stalwarts shuttered: 285 Kent, Death By Audio, Body Actualized Center, the Muse, and after the new year, Glasslands is closing, too. We also got the news that the venerable Galapagos Art Space will be defecting for Detroit. Space there is plentiful and cheap, unlike Brooklyn, which is now the least affordable place to buy a home in the country. Yeesh.

Here are 23 stellar ways to celebrate the end of all that nonsense, and look ahead to 2015. There are still a lot of wonderful things left to celebrate in this crazy borough.

Purple Rain NYE Dance Party
Videology, 308 Bedford Ave., Williamsburg
9:30pm, Free
End 2014 with a screening of Prince’s Purple Rain and ring in 2015 dancing to hits from the 70s, 80s, and 90s. Dress in lace and velvet and sip Prince-themed cocktails like the Apollonia and the Crying Dove. 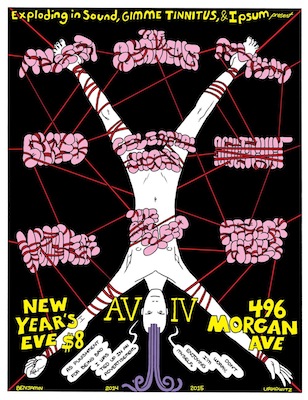 New Year’s Sousveillance
Silent Barn, 603 Bushwick Ave., Bushwick
9pm, $10–$15
Along with nine bands and ten DJs, the Silent Barn will have three video crews and be installed throughout with projectors, speakers, mics, and monitors, all patched through the laboratory behind the stage. 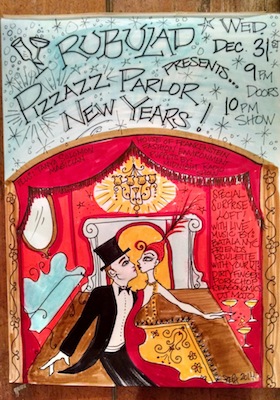