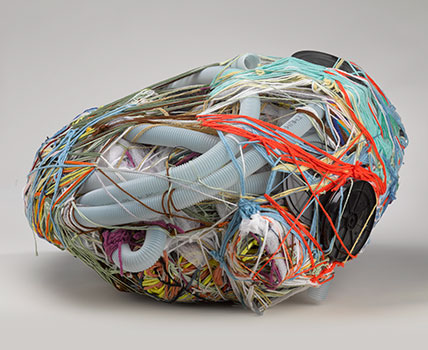 It may be cold and uninspiring outside, but think about the work inside New York’s galleries and museums like a roaring fire to warm your winter-dulled mind and spark your creative spirit. From photography to sculpture, famous names to new voices, the current art scene offers a late winter-early spring calendar jam-packed with exciting shows. Here are a few current and soon-to-open exhibits that are worth bundling up to see. 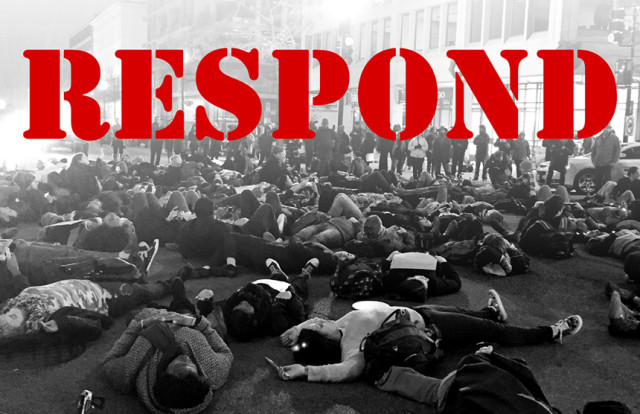 Respond
Jan. 17- Feb. 22 at Smack Mellon
Created as a response to the grand jury decision not to indict officer Daniel Pantaleo in the death of Eric Garner, this exhibit in DUMBO showcases pieces from hundreds of artists, each of whom submitted work as part of an open call. Smack Mellon actually received over 600 submissions for this exhibit and had to narrow it down–proof that the chosen theme struck a chord in many people. The show features work in a variety of mediums including sculpture, paintings, textiles, photography and video, as well as a mural created with Groundswell and local teenagers. Throughout Respond’s run, community organizers, artists, and activists will be speaking, meeting, performing and collaborating in the spirit of change and action, and there will be regular events at Smack Mellon, including film screenings, workshops and poetry readings.

Modern Photographs from the Thomas Walther Collection, 1909–1949
Through April 19, 2015 at MoMA
Yes, the Matisse cut-out exhibit at MoMA is about to close, but there are still several great reasons to visit the city’s temple to modern art. This collection of more than 300 photographs taken between World War I and II explores the ways in which artists were working with the still relatively new technology of photography at the time. The exhibit includes work by Karl Blossfeldt, Florence Henri, Alfred Stieglitz, Paul Strand, and many other famed shutterbugs, and showcases work by lesser-known talents as well. The range of styles, viewpoints and ways in which photographers dared to push the young medium forward is quite remarkable.

Judith Scott, Bound and Unbound
Through March 29, 2015 at The Brooklyn Museum
Born almost fully deaf, mute and with Down Syndrome, Judith Scott is known for the fiber-wrapped sculptures she created at the Creative Growth Art Center. Established by Scott’s sister, the center provided Judith with a chance to discover her own unique form of artistic expression. The Brooklyn Museum exhibit showcases many of her incredible pieces–mostly large objects or groups of objects repeatedly wrapped in fabric and colored yarn. These sculptures, which come in many shapes, sizes, and styles, offer insight into Scott’s state of mind as both a person and an artist during the years she was creating art. The exhibit is as great for kids as it is for adults, and the Land Gallery in DUMBO would make a great companion visit–the gallery and studio is a place where developmentally delayed adults can make and display art.

Broadway Revealed: Photographs by Stephen Joseph Behind the Theater Curtain
Through Jan. 31 at The New York Public Library for the Performing Arts
Who wouldn’t love to sneak backstage at a Broadway play? Stephen Joseph’s images allow us to go behind the scenes of New York’s theater district, taking a peek behind the curtain at all of the elements and people that must come together to create a great show. The exhibit consists of over 100 pieces, and runs alongside a few “special artifacts” including some Broadway costumes and props. A theatre-nerd must-see.

On Kawara–Silence
Feb. 6-May 3 at the Guggenheim
This exhibit is organized as a collaboration between the museum and conceptual artist On Kawara who died last summer in New York. Included in the show is a series of paintings Kawara titled On Meditation that were produced one a day,  every single day for three months in 1970. The work is intended to make viewers feel the passage of time and daily life in a very black and white way, when lined together in sequence. The spiraling Frank Lloyd Wright rotunda is certain to make for a very particular viewing experience for those paintings, and there will be live readings from the artist’s One Million Years on the ground floor of the museum. 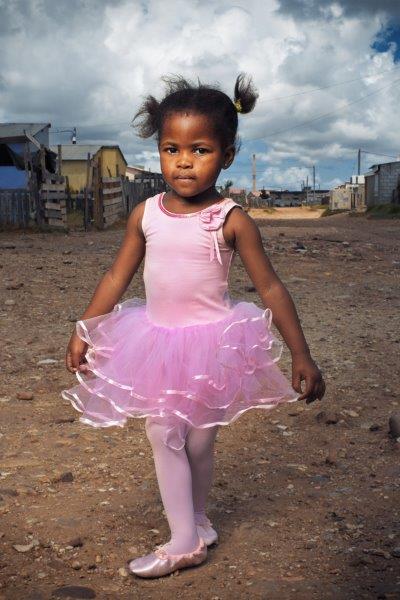 Ubuntu Photo Show
Through Feb. at Chelsea Market
Who says all art has to be in a gallery or a museum? Chelsea Market, home to pop-up shops, great eats, and too many tourists, also plays host to a rotating roster of artists. Currently on display is an exhibit organized by the Ubuntu Education Fund, a nonprofit organization that works to provide educational outreach and support to children in Port Elizabeth, South Africa. Focusing on poor and orphaned youths, this show gives a glimpse into the lives of these children and their surroundings. You can further reflect on the irony of viewing these photos while surrounded by shops selling $5 espressos, $7 milkshakes and $9 candy bars.

2015 Triennial: Surround Audience
Feb. 15-May 24 at The New Museum
Devoted to showcasing up-and-coming artists, this exhibit gathers work from local and international early-career innovators, many of who have never been shown in a museum. This year’s show will feature 51 artists from over 25 countries and tackles modern narratives such as the presence of technology in our everyday movements, the line between our public and private lives, and how self-image and ideas about the body are evolving in an image-laden (read: selfie saturated) culture.