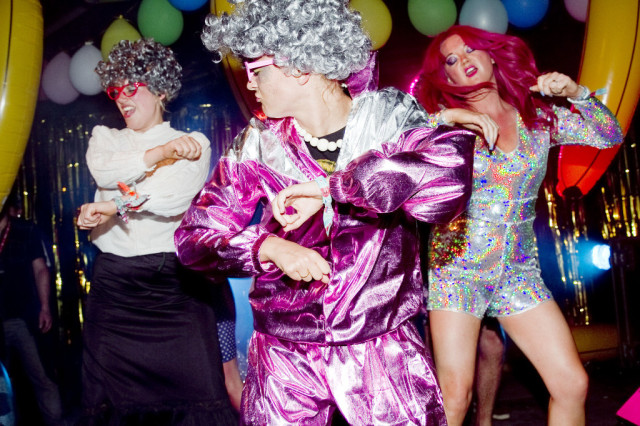 Indeedy Musical Bingo, in which players blurt out song titles instead of numbers to unlock B-I-N-G-O, is coming to the Bell House on Tuesday. Photo: Indeedy Inc.

Feeling let down ever since that “furious hoarfrost” didn’t turn out to be as apocalyptic as de Blasio and every weatherman promised? At least you have a full bar now, and have perfected your nachos and chili recipes for the Super Bowl on Sunday. If you haven’t, we’ve got bets on a few places that will satisfy your bar food cravings, including Three’s Brewing, where an all-day bash will include gourmet snacks like poutine potato skins, and Nitehawk, where you can enjoy New England and Seattle’s best brews plus house-made hot wings. We’ve got another solid game day option below, plus other great incentives to go out this week that are a lot healthier for you.

Thursday, Jan. 29: One of Brooklyn’s most beloved reading series returns this Thursday when Pete’s Candy Store opens its back room for the newest installment of their reading series. For the new year, the Candy Store is welcoming author and journalist Sarah Gerard whose newest book, Binary Star, follows 2014’s Things I Told My Mother, which detailed her decision to walk topless through New York City in August 2013. Gerard will be joined by poet, historian and novelist Michael Coffey, who recently released his first work of fiction, The Business of Naming Things, and co-authored 27 Men Out: Baseball’s Perfect Games. The event kicks off at 7:30pm and is open to the public.–N.R.

Friday, Jan. 30: Ever wondered who would win in a fight between Diana Ross and Diana Ross and the Supremes? Well, wonder no more. In celebration of its second anniversary, You Don’t Have To Settle’s Head On series returns with a musical grudge match between soulful Motown and the disco divas of Studio 54, bringing back one of their most popular Head Ons of all time. The party will kick off at 10am in the front room at Baby’s All Right before moving to the venue’s backroom at the stroke of midnight. Then, at 1am, the contest officially begins with resident DJs Brian Blackout, Lepaux & Spoolwork spinning tunes until one of the two genres comes out on top (Studio 54 won last time around). The 21+ event is free and open to the public. Check here for more updates.–N.R.

Saturday, Jan. 31: If you lament the lack of smart roles for women in film and television, head to Videology this Saturday for a night of sidesplitting criticism called “Girl Talk.” In this month’s installment, a panel of local comediennes will pit The Shining against Bridget Jones’ Diary to see which is more likely to pass the famed Bechdel Test. Guests include Broad City writer Naomi Ekpergin, Friends of the People’s Halle Kiefer, The Fabulist’s Lisa Kleiman, Flavorwire’s  Alison Herman and writer/director Anna Martemucci with UCB Comedy vet Langan Kingsley acting as host. Doors open at 7pm.–N.R.

Sunday, Feb. 1: Psyched for the big game? Ready to watch the Seattle Seagulls toss the pigskin around with the New York Patriots? Alright, I don’t know anything about football, but it’s the one day of the year I gamely play along. If you also watch mostly for the sake of food and friends, then we recommend you bypass Midtown’s blue cheese drenched-sports bars and check out Warsaw’s Super Bowl party in Greenpoint. Rather than serving up sudsy Americana, Warsaw will be hosting a Polish-themed gathering, complete with artisan pierogies, kielbasa, and vodka shots galore. An Eastern European Super Bowl! It’s basically the football equivalent of recutting Rocky IV so the Soviet boxer wins, which makes it the perfect event for not-so-dedicated Super Bowl viewers. Oh also—the game will be playing on three huge cinema screens, if that interests you. Reserve your table now.–L.H. 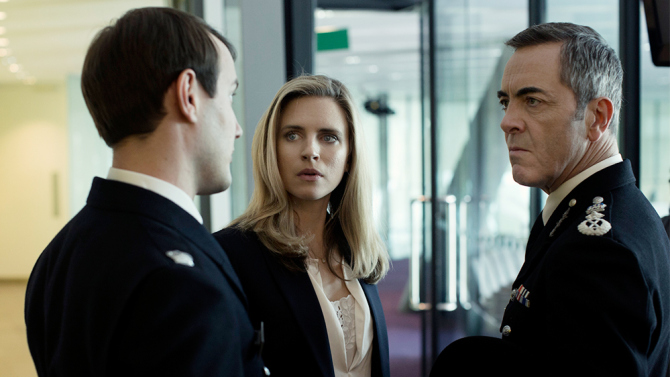 Monday, Feb. 2: With temperatures dipping into the teens Monday, we advise you unwind by your sealed fireplace with a new series, SundanceTV’s smart cop drama Babylon. The American adaptation of the U.K. series by Danny Boyle (Trainspotting, 127 Hours) premiered earlier this month, garnering praise for its snappy dialogue and exhilarating pacing. It follows Liz Garvey (Brit Marling), the American director of communication for the London Police Department, as she attempts to spin law enforcement’s public image in the age of body cameras and hashtag activism. True to Boyle’s signature style, the U.S. version cuts between characters and stories at a breakneck speed, lending new life to otherwise familiar archetypes (the flinty police commissioner, the young hothead on the force, etc.). If your cable company provides SundanceTV (or you’ve got the login to your friend’s account, the same one you use to watch HBOGo), you can stream the first four episodes of Babylon online now.–L.H. 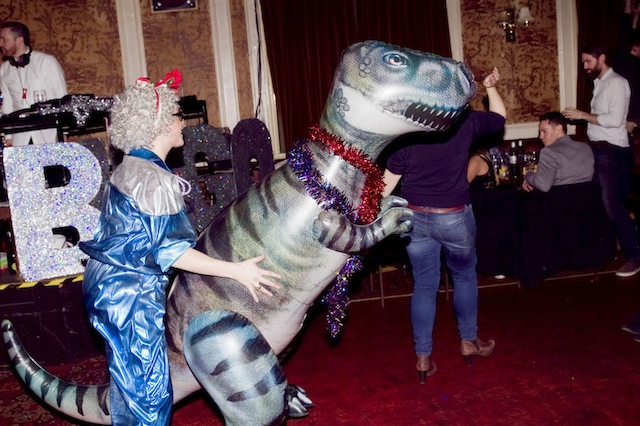 Tuesday, Feb. 3: Here’s another British import worth investigating this week—the Bell House is hosting Indeedy Musical Bingo, the London-born competition in which players blurt out song titles instead of numbers to unlock B-I-N-G-O. Created in 2007 by husband and wife team Jess Indeedy and DJ Charles “Helix” Brockbank, Indeedy Musical Bingo is known across the pond for their quirky selection of middle-school dance music and kitschy prizes, like sandwich makers and giant inflatable bananas. Tuesday they’re bringing the wigs and glitter to Brooklyn. Doors open at 7pm; admission is $15-20.Come and see if you can name that tune sans Shazam.–L.H.

Wednesday, Feb. 4: Winter always seems like a great time to detox, but it’s also the most grueling time to deprive yourself of your favorite foods. Mountain, a natural clinic and cafe in Crown Heights, is the answer to your need for delicious meals that are actually good for you (or your antidote to a Sunday full of hot wings.) Our food writer Brendan Spiegel checked it out recently and raved about a dish called koshary, Egyptian street food “featuring brown rice layered with chili-spiced tomato, thin strands of spaghetti squash, lentils, and caramelized onion, all topped by a creamy cashew and chili sauce.” There are more heartwarming options on the menu, and best of all, you can combine a trip with massage, acupuncture, Reiki, naturopathy, and any number of wellness services that you can book online before your visit.–N.D.