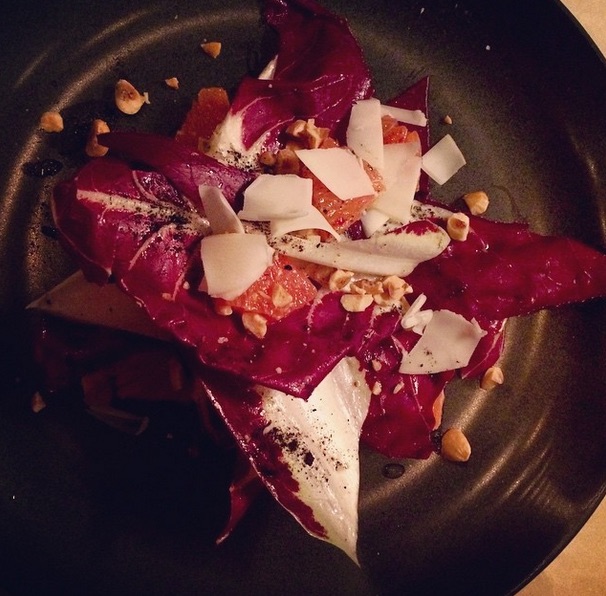 There aren’t many new restaurants opening their doors in New York during this frigid season, but one that did–June Wine Bar, which debuted in Cobble Hill this past week–managed to temporarily make me appreciate winter.

Taking over the Court Street space formerly home to Van Horn Sandwich Shop, the team behind June (which includes Henry Rich of Rucola and Tom Kearney of the Farm on Adderly) have given the space a serious overhaul, with a dimly lit, Paris-in-the-20s look that I think should get an award for feeling appropriately Brooklyn-y without using a single Edison bulb. 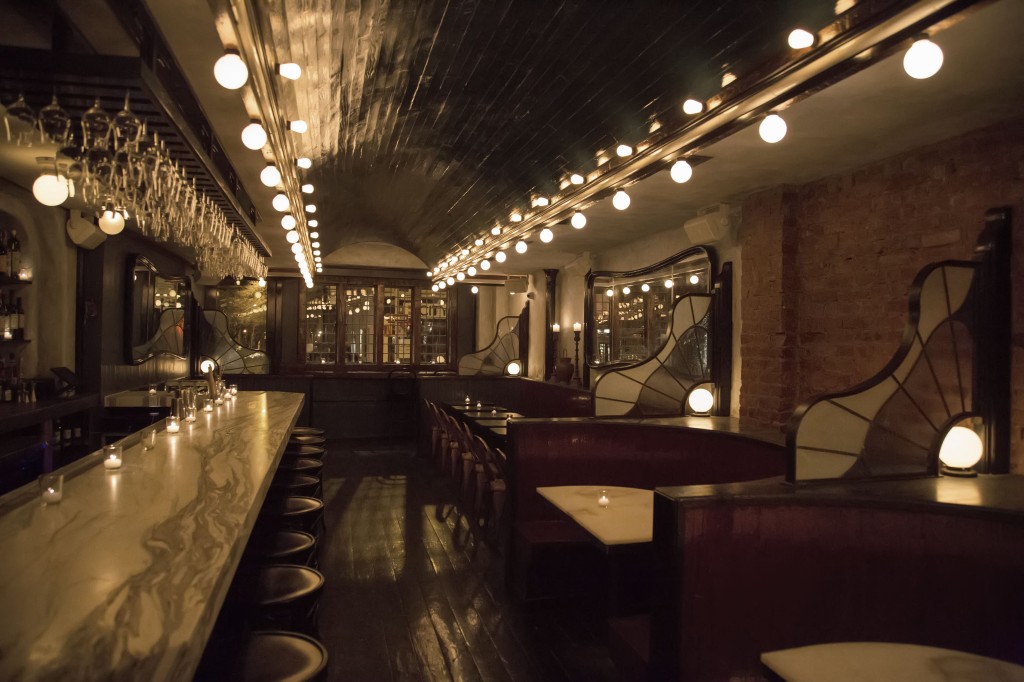 The space is warm and cozy and just a little bit sleek, in every way that a wine bar should be, and of course there’s a very wide selection of bottles, with a solid variety of options by the glass and quartino. The focus is on European wines, with darlings of the natural and biodynamic wine world like Olivier Cousin and Herve Souhaut gracing the list, along with some culty grower Champagnes, a pet nat or two, and a few American selections as well.  However, I was a bit surprised that the food stood out even more than the drinks here. The menu of small plates has a healthy mix of meat- and veggie-centric options, while the assorted ingredients listed are often obscure enough to make even very dedicated foodies head straight to Google.

Trevisano with hazelnuts and pecornio was a standout. Photo: June Wine Bar

Impressively, during a time of year when every “seasonally-focused” menu starts to feel the same, June serves up dishes that are very wintry, but also quite bright and playful, such as trevisano with cara cara orange, hazelnuts and pecorino fossa (translation: a very bitter, radicchio-like red cabbage sprinkled with a tart dressing and scatterings of nuts and aged sheep’s cheese). Also on the veggie side of things, king oyster mushrooms come swimming in a super-smooth whipped potato puree that’s absolutely divine, like the lightest, creamiest mashed potatoes of all time. Served with slivered almonds on top it’s a standout meatless dish. The shirred egg (translation: baked) is another warming delight, with bits of romanesco broccoli and gigante beans peaking out of the gooey egg mixture. Carrots also get the star treatment, with a mix of heirloom varieties plated over a Roman (semolina-based) gnocchi, finished with a walnut gremolata and granna (cheese again). Okay, wish I didn’t have to look up quite so many words to find out what we were eating here, but all of them were delicious. 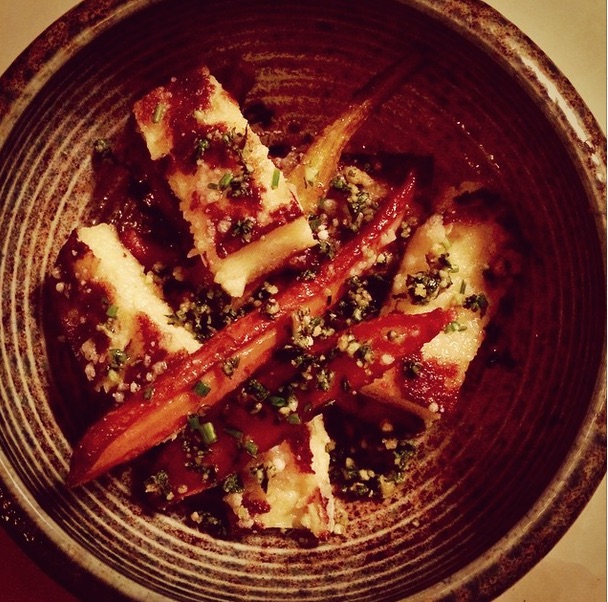 On the meaty side of the spectrum, a much more straight-forward serving of pork meatballs are juicy and simply delicious. The cocktail options are pretty far out there–the Terra Incognito mixes a base of Bonal (an herbal, wine-based French aperitif) with dry vermouth, blood orange, fig and walnut bitters, and smoked salt. By my tastes the cocktails were in the trying-just-a-bit-too-hard category; I’m not sure I need quite that many flavors in one drink. Then again, the focus here is on the wine, and they deliver on that front, whether you’re looking for a solid $8 glass of chianti or a $300 magnum of Le Cote Champagne.

What I like most about this place is that it’s quite affordable (in the scheme of small-plate-wine-bar spots, anyway). Only one dish (sliced duck breast over fried rice) is over $8, and I also like that  they have several reds and whites at $8 and $9, so it’s not just like “fine, there’s one cheap-ish option if you wanna go that route.”  June was packed even on a freezing February night this week, proof that even along Brooklyn’s most saturated restaurant strips, there’s plenty of room for a solid newcomer to attract attention. Considering how spot-on the winter menu is, I’m excited to see what they do once a more enticing spring bounty comes around.