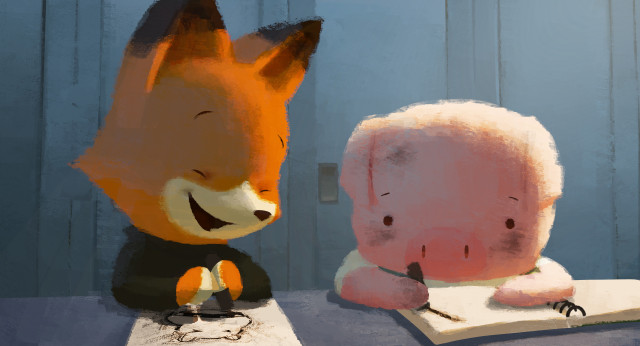 Winter can be tough on families. Everybody is stuck inside playing with the same toys and watching the same shows until spring finally sets in. To break up the monotony of Tumble Leaf, Maleficent, or whatever else is currently playing on a loop on your TV, the BAMkids Film Festival arrives for its 17th edition this weekend, February 7-8. This is the first time the festival is being presented with three different curators–Animation Block Party, Northwest Film Forum, and TIFF Kids International Film Festival–so this year’s lineup for 2- to 11-year-olds is particularly fresh. As always, the selection is highly international, with two feature-length films and compilations of 70 shorts hailing from 30 different countries.

If you, like me, have trouble choosing between brands at the grocery store, 72 films can feel a little overwhelming. I narrowed the list down to three selections, one per age group, that stand out for their artistry, whimsy, and depth. Tickets have already sold out for many of the screenings, so get them as soon as you can.

The short Cartoon Away, one of nine collected in Make It Magic, tells the story of a cartoon character drawn in front of the audience’s eyes who takes on a life of his own despite the artist’s best attempts to keep him on the page. The film is an engaging introduction to the process of animation, perfect for any young artist with an affinity for Play-Doh and crayons.

“Dam Keeper,” an eco-themed short that’s screening as part of the Faster and Farther set of films on Sunday. Still courtesy of Dice Tsutsumi and Robert Kondo.

The Oscar-nominated animated short Dam Keeper is the emotional tale of Pig, a shy piglet who is responsible for maintaining the windmill that protects the town from toxic clouds. The beautifully rendered story of friendship and unexpected heroes will delight you as much as your child. A film hasn’t made my eyes water this quickly since Up. Check out Dam Keeper along with ten other animated shorts in the Farther and Faster collection.

The only programming for the 8-and-up set that has not yet sold out, but will soon, is Finding My Way. The 70-minute collection of shorts includes five films from around the world about kids who are taking their first steps toward independence, from Sprout, a Korean film about a girl taking her first solo jaunt in the city, to The Dive, a French film about a boy who is hesitant about his plunge into the unknown.

Stick around after the viewings for lunch and animation themed activities like DRAWN, an interactive art installation that allows kids to play with their drawings through movement and sound. Once everybody finishes playing Pixar, your little filmmakers can watch a magic show, face paint, and pick out a balloon animal to star in their directorial debut.