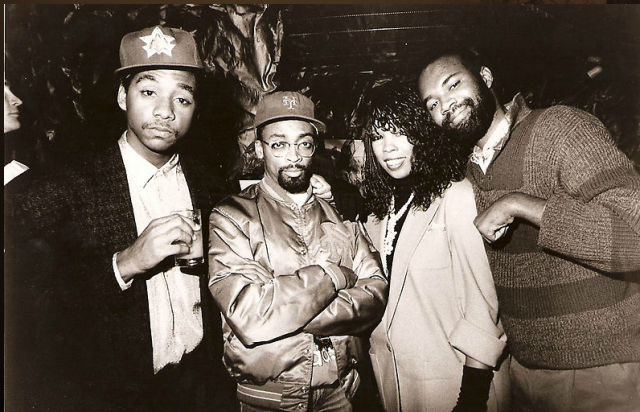 As snowflakes continue to surface on weather apps, and turn to slush puddles at crosswalks, it’s a good time to remind yourself that as a New Yorker, you can handle this. It might not seem like it now, but you’ve made it to spring before. Perhaps the best way to speed things up is to fill your calendar with things to look forward to, like comedian Kurt Braunohler’s return to Brooklyn for a show in late February to support his new Comedy Central web series. Chris Rock and Spike Lee pop up in Brooklyn Boheme, a documentary about the good old days of Fort Greene that the Brooklyn Historical Society is screening every Sunday this month. Even further down the pike, David Byrne is arranging a gorgeous spectacle at Barclays, where the nation’s elite color guard teams will spin their flags in step with the beats of Kelis, St. Vincent, Byrne and more musicians, and soon after that, Harper Lee will publish her second book.

That’s not till summer, but we’ll get there eventually. Here are seven more ways to make the time fly this week.

Thursday, Feb. 5: Go see Bonobo’s DJ set this Thursday at Output and be transported back to a time when electronic music wasn’t just about bass drops, and the word “ambient” didn’t connote gloominess. Simon Green, the UK producer behind Bonobo, has been recording and performing for over 15 years, and shows no signs of slowing down (his latest effort, The North Borders, posted the highest chart performance of his career). Frequently compared to Caribou and Four Tet, Bonobo’s style is rooted in the effervescence of early 2000s downtempo, which means you can leave the glow sticks at home for this one. In fact, Output forbids them. Tickets are $15 in advance or $20 at the door.–L.H.

Friday, Feb. 6: Because this is the month for lovers, Nitehawk Cinema will host two special midnight screenings on February 6 and 7 of Language of Love, the 1969 Swedish educational sex film that was one of the first features to show sex on screen, and provided one of the most memorable scenes of Taxi Driver, when Robert De Niro takes Cybill Shepherd to see the movie (and subsequently ruins the date). During this edition of Nitehawk Naughties, you’ll learn about the cultural impact of sex with experts Inge and Sten Hegeler, Maj-Brith Bergstroem-Walan and Sture Cullhed as ordinary couples reveal the actual mechanics of the act through split screens and multiple camera angles. $11 tickets to the screenings can be purchased online.–N.R. 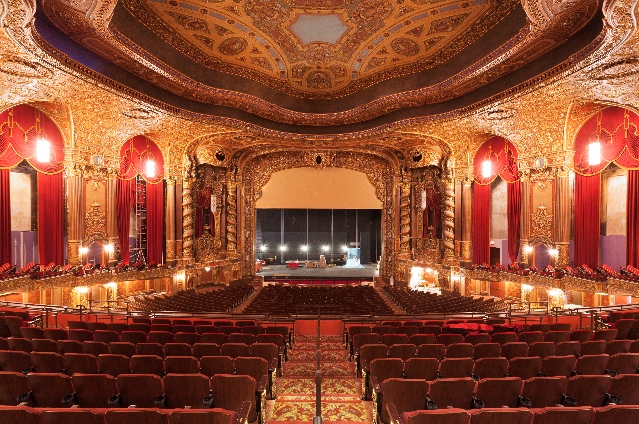 The Kings Theatre is opening its doors for the public to peek inside on Saturday. Photo: Matt Lambros

Saturday, February 7th: About 1,000 seats bigger than BAM, and 1,000x more elegant than Barclays, the Kings Theatre in Flatbush is back and on its way to becoming a Brooklyn institution once more. The cherished movie palace, which shuttered in the ‘70s and sat vacant for nearly 40 years, began its second life as a concert venue Tuesday when Diana Ross performed in front of a packed house. Now, the revitalized Kings Theatre is opening its gilded doors to the public. On Saturday it will host a community open house, offering visitors guided tours through the glorious $95 million restoration. The queue starts at 11:30am, and ends at 4pm. For more on the Kings Theatre’s miraculous transformation and upcoming events there, check out this preview by our own David Chiu.–L.H. 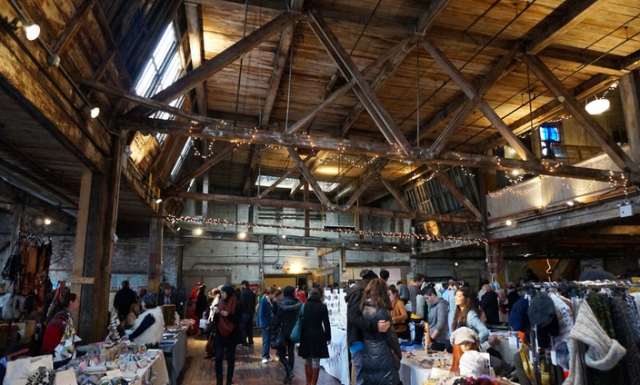 Drink while you shop for the perfect V-day gift or treat yourself to a massage at Greenpointers Valentine’s Market. Photo: Greenpointers

Sunday, Feb. 8: If generic Valentine’s Day gifts aren’t your thing, or you’re just looking to fulfill your handmade arts and crafts quota for the month of February, head over to the Greenpointers Valentine’s Market on Sunday. From 1-7pm, art and food vendors like Rabbit & Dragon, SPACR NY, and Pie Corps will be selling their wares at Greenpoint Loft. There will also be free massages, nail art, a photo booth, and the opportunity to have a personalized love note written by The Haiku Guys. And if you’re being dragged there unwillingly (and even if you’re not), Greenpoint Beer & Ale and Brooklyn Gin will be on hand serving alcohol to make the pottery, jewelry, soaps, and batik scarves all the more appealing.–S.W.

Monday, Feb. 9: It’s not National Novel Month, but that doesn’t mean we can’t still celebrate a good book. Franklin Park is once again hosting the monthly reading series by the same name, and this time, it’s all about debut novelists Laura van den Berg (Find Me), Atticus Lish (Preparation for the Next Life), and Mark Doten (The Infernal). Peter Carey, the two-time Booker Prize winner (Amnesia, Parrot and Olivier in America), and 2012 Esquire/Aspen Writers’ Foundation Short Short Fiction Contest winner, Kashana Cauley will also be reading from their new works. The evening starts at 8, but get there early to take off all your layers, grab a $4 beer, and get a good seat.–S.W.

Tuesday, Feb. 10: It’s not often that you have to solve trivia before you go to trivia, but such is the case with the Brooklyn edition of Puzzled Pint, a new monthly “social puzzle” event premiering on Tuesday. Head to their site on Friday to get this month’s clue for the trivia game’s hidden location and then between 6 and 9pm on Tuesday, journey to the bar-of-the-month for a night of beer, food and even more puzzles and games. At the end of each game night, they’ll post the standings, ranking the best teams in the borough. Check out Puzzled Pint BKLYN’s Facebook page to learn more and may the best team win!–N.R.

Wednesday, Feb. 11: Cecile Richards, the president of Planned Parenthood Federation of America will be joining award winning journalist, executive producer, and host of Democracy Now!, Amy Goodman, for a discussion at BAM. Goodman interviewed Richards back in July of last year about birth control, abortion, and the role of government in healthcare, and it’s safe to assume that Wednesday night’s conversation will revisit these issues. Tickets start at $25.–S.W.