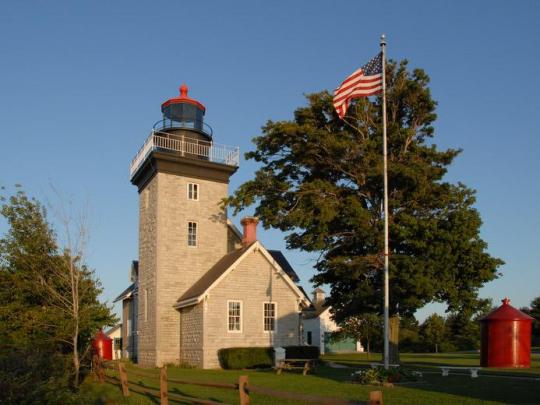 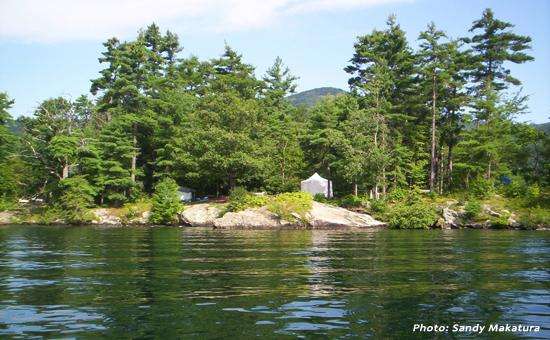 The recent “blizzard” and all-out freeze has done a number on the city, our now-treacherous sidewalks and our collective spirits. There aren’t enough double Bailey’s hot chocolates or steaming hot toddies out there to warm what’s left of my frigid core. This week, I’ve learned that walking across the Williamsburg Bridge because the subway tracks are frozen is a great way to see the cityscape, if you can manage to open your eyes in the piercing wind. Luckily, I think I’ve found a way to beat the winter blues. My solution? Planning the most epic spring and summer getaways I can imagine.

I’m talking about island getaways, battleground barracks, motorcycle rallies and one of the most spectacular firework displays in the country. Yes, you can go the AirBnB route for soaking up the sun and relaxing somewhere away from the city, but New York State Parks maintains a pretty amazing array of campsites, cabins, yurts, even lighthouses that you can reserve and stay in quite cheaply. Reservations open up nine months in advance of the booking, and some of the most coveted spots (like a cottage on a the water in the Finger Lakes for $125 a night) get snapped up almost immediately. (There are lots of campsites you can get last minute, too, so don’t despair, light travelers.) You can book through the New York State Camping website, though I’d recommend calling if you have specific questions or needs, as the site and online booking process can be a bit confusing–they’re very helpful,  1-800-456-CAMP.

Here are some outstanding spots to commune with nature this summer, though New York State has a pretty amazing array of parks, lakes and historic sites, so explore what’s on offer around the state–don’t just stick to my recommendations.

Lake George
There are a number of campgrounds near Lake George, or The Queen of American Lakes as it’s known. It sits at the base of the Adirondacks with a shoreline of more than 100 miles. So, there’s plenty of room, but the best sites get snatched quickly.

There are more than 40 camp-able islands in Lake George, but the three main clusters are Long Island Group, Glen Island Group and Narrow Island Group. You will need your own boat to get to the islands, and there are plenty of boat rentals near the lake. Once there, you can enjoy a range of activities, including water skiing, cliff diving and taking in the incredible beauty that your surroundings offer. Most island sites have grills, picnic tables and at least one restroom.

If you start to crave human interaction during your trip, nearby Lake George Village has a number of local shops, restaurants and public beaches to offer. There’s also the country’s biggest motorcycle rally every year. More than 50,000 cyclists and riders head to the region for the scenic rides, motorcycle events and camaraderie. This year’s Americade will take place the first week in June, so either dust off those leather chaps or be sure to book during a different week.

The average cost per night at Lake George is about $22. Some of the island campsites get booked well in advance, so plan accordingly, meaning gather your pals and plan it now. Oh, and did I mention fireworks? Every week, through July and August, Lake George Village puts on a free fireworks show for the public. Come on, what goes better with the tranquil sounds of nature than explosions of fluorescent gunpowder?

Rogers Rock Campground
Rogers Rock Campground sits at the northernmost end of Lake George and is an ideal getaway for large groups and families. It has two areas for group camping, which can accommodate as many as 60 people. This popular park is in such high demand, some spots are booked as far out as nine months in advance. So if you’re serious about nabbing a spot, get on it now.

There’s plenty to do at Rogers Rock–swimming, cycling, fishing, hiking, sailing, you name it. There are also a number of historical sites in the area, most notably Fort Ticonderoga, which is a monstrous 18th century fort used in both the French Indian War and the American Revolution. The nearby villages of Ticonderoga and Hague are home to a variety of shops and restaurants to enjoy.

Prices at Rogers Rock Campground vary, depending on group size and campsite.

Ashokan Resevoir
Ashokan Reservoir is stunning, plain and simple. Tucked away about two-and-a-half hours from Brooklyn, just east of the Catskills, Ashokan Reservoir actually provides New York City with a good portion of its drinking water. It’s a fascinating place to visit in that regard, although you are limited in what you can do on the water. You can’t swim or boat on the reservoir, for obvious reasons. However, you can get a license to fish. It’s really more about the view and surrounding area with this one. But keep in mind, it’s a hop, skip and a jump away from city-life. And, there’s plenty of hiking and swimming to do in the nearby Catskills.

Aside from taking in the stunning views as you day hike near the reservoir, you’re only about a 10 minute drive from the historic town of Woodstock, N.Y. There are a number of local/sustainable/vegan restaurants in the area and of course all the hippie swag you can fit into your Prius.

I suggest checking out AirBnB for reasonably-priced lodging options. I’d also recommend staying in or near Woodstock, and visiting Ashokan Reservoir as an excursion. It’s an ideal destination for a summer getaway, but it’s nothing to shy away from during the winter. Snow covered trees and rolling hills provide a damn good backdrop to a cozy fire and home cooked meal.

Golden Hill State Park
Golden Hill State Park is located on the south shore of Lake Ontario in far western New York. The park is just an hour from Niagara Falls and a half an hour from the Iroquois Wildlife Refuge. It offers plenty of activities, including beaches, boating, fishing, hiking and even hunting. There, you can have the best of both worlds–a nature rich getaway as well as touristy towns near Niagara if you’re into that sort of thing.

The park does have a main attraction–the Thirty Mile Lighthouse, which can be rented out as a cottage, for $200 per night and sleeps up to six people. The lighthouse provides a unique romantic getaway, any time of year. But you’ll have to leave your pup at home for this one, as no pets are allowed. And you are required to stay a minimum of two nights. The Thirty Mile Lighthouse was originally used to direct boats going to and from Ontario, until it was decommissioned in the late 1950s. It offers spectacular views across the lake and a beautiful, surrounding landscape. There are also campsites (around $20 per night) and yurts (around $80 per night, sleeping up to six) available, with the same stunning views.