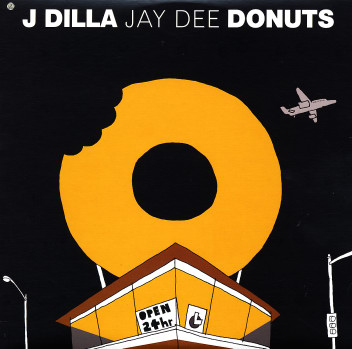 It’s not easy to admit this as a longtime rap fan—we’re talking since the days of Run DMC, Whodini, insert ‘80s hip-hop performer here—but here goes:

Even though he worked extensively with De La Soul and A Tribe Called Quest, two of my all-time favorite acts, and was one of the co-founders of Detroit-based rap group, Slum Village, I wouldn’t have been able to identify a single Dilla track, even if it was Jay Dee night at the club.

Dilla died on Feb. 10, 2006 from complications related to lupus. He was only 32 at the time of his death, and his last couple years were spent battling illness. In fact, the majority of the tracks on Dilla’s classic Donuts album—released three days before he died—were put together on a computer set-up during an extended hospital stay.

Donuts has had a tremendous influence on hip hop. Over the years a number of rappers, including Ghostface Killah and Talib Kweli, have flowed over the album’s instrumentals. The whole thing is a disparate collection of songs and sounds dissected then brought back together for a cohesive sound that had never before been heard in hip-hop. Even as he was dying, Dilla was creating something new, leaving a legacy artists are still inspired by. In fact, man-of-the-Grammys-moment, Kanye West has repeatedly stated how much he’s been influenced by Jay Dee.

And while I failed to appreciate his music while he was still alive, Donuts Are Forever, the annual celebration of his life and work, tuned me in to what I had been missing when it was first held back in 2007, near the one-year anniversary of his death. Now it’s on my annual must-attend list. Rare Form, an event-planning collective that consists of Derreck Johnson, Tara Duvivier, Eric Raphael and Kristy Gomez, started Donuts Are Forever to keep Dilla’s legacy alive, and the appreciation for his work flowing. This year’s edition is being held at Brooklyn Bowl on Sunday, Feb. 15, and will feature MICK and Rich Medina headlining a crew of select DJs.

“We try to get people involved that knew (Dilla) personally, or have that one degree of separation from him,” Johnson told me. “In the past, we’ve had Questlove and DJ Jazzy Jeff involved. With Medina, this is the first time we’ve brought someone back as a headliner.”

DRF has grown every year, and was inspired by a tribute in New York that took place shortly after Dilla’s death.

“The same year he passed someone put together a small tribute in the city,” Johnson said. “I thought we should do something on our own, something bigger.” The next year, “We had an amazing turnout. There was a line around the block,” of people waiting to get into Galapagos Art Space (which is soon to relocate to Dilla’s home city, Detroit).

Now, Donuts Are Forever is a thriving fundraiser. This year, all of the proceeds from Sunday’s show will go to Building Beats, a nonprofit that teaches life skills through DJ and music programs.

It’s all been a success—“I never thought we’d make it this far,” Johnson said. This year pre-sale tickets were gone within days. You can still get tickets the day of, but Johnson recommends getting there early.

After all, there are a lot of Dilla fans out there—even if they came late to the game, like certain hip-hop heads I know.  Need to get yourself up to speed on Dilla’s work? Johnson put together this J Dilla playlist for us.