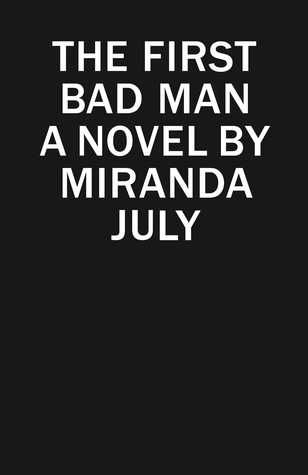 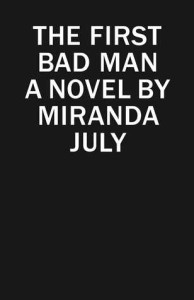 Miranda July had me at globus hystericus. Her debut novel The First Bad Man is not an origin story about the opposite sex, but rather a ridiculously funny tale about the foibles of her protagonist Cheryl Glickman.

Glickman has got issues, which is the first thing you should know about her. When she seeks alternative treatment for the phantom ball of anxiety in her throat, she inadvertently sets herself on a path to self-acceptance and somewhat of an existential crisis (how often the two go hand in hand).

If you are at all familiar with Ms. July’s multiple talents as an indie filmmaker, actor, director and artist, then you will already know that TFBM is not your typical novel. She manages to navigate a lifetime’s worth of emotional minefields in 276 pages that would have seemed too fantastical to swallow — even without a globus hystericus constricting your airway — in the hands of another writer. The list includes late-in-life lesbianism, motherhood, adult role play and becoming the unfortunate gatekeeper to the May-December romance between the man she thinks she’s shared several past lives with and his new teenage love interest.

While in her professional life Glickman helps manage a company that sells self-defense videos to women as a form of exercise and empowerment, she is personally a doormat for almost every person in her orbit. It’s no wonder she takes to sexual fantasizing as a form of escapism.

For all the ways Glickman doesn’t get it right in the eyes of those around her, she proves to be a very insightful narrator whose observations about life are refreshingly realistic. When she finally clears her throat and finds her voice, you’ll find it’s one for this generation.