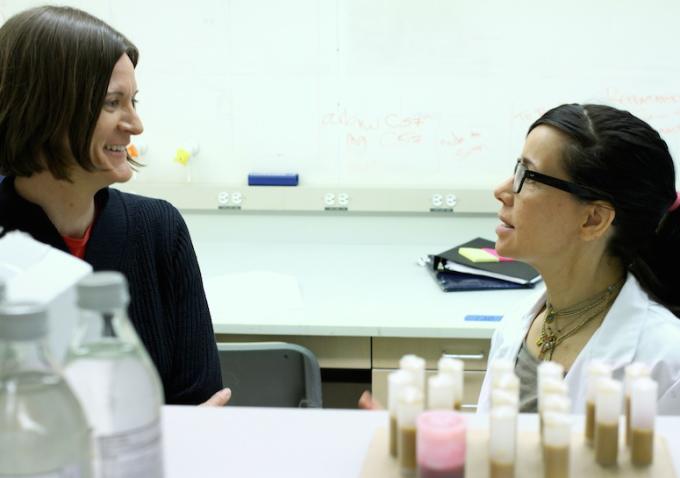 It’s been a hard winter. You’ve been holed up indoors, streaming shows, and you don’t want to commit to anything more significant than your current TV diet. But web series are short, and you can consume them anywhere (even work). Here are three series to snack on.

Gary Versus the Graveyard
If you missed this UCB series in November, it’s worth checking out. Its five episodes take us through one night of the living dead, centering around Gary, the brand-new undertaker. His job is simple: keep the dead souls inside the graveyard fence after dark. And if only he had listened during his interview, he would know this. Scrambling through a sleepy Pennsylvania town, Gary must wrangle the hundreds of dead souls he’s let out of the cemetery. It’s pleasantly ridiculous, kind of hokey on paper (you’ll have to get past the fact that Gary’s best friend from 20 years earlier is conveniently the dead mentor), but it works. From the nervous dead nurse outbreak in a dollar store, to the solemn Civil War soldier who really loves Hanes socks, the characters don’t disappoint, and it’s UCB humor at its finest–that is, not overdone. Kick back and watch all five episodes. It’ll be worth your time, and something tells me this won’t be the last we see of Gary. The series is available on the UCB Channel on YouTube.

F to 7th
No web series list would be complete without a showing from Ingrid Jungermann, Park Slope’s lovelorn lesbian, trying to find her place in our borough. After success with The Slope, Jungermann has produced, directed, and acted (playing herself) in two seasons of F to 7th. We meet Ingrid in the first season and watch her navigate Brooklyn’s Brooklyness, and its dating world. In the second season, she questions her sexuality and gives men a spin. I won’t ruin the ending, but I think everyone is left satisfied. Jungermann’s humor is wry and subtle, never over the top, and always smart. Some episodes do feel a little like filler, like the one with Amy Sedaris for example, but then, it has Amy Sedaris. Season three will come along at some point, says Jungermann on her website, after she completes her first film. Catch up on seasons one and two in the meantime at www.fto7th.com.

Harley Quinn
This one’s brand new, and if you’re a DC Comics lover, you already know all about Harley. Initially, I scoffed at another comic series and I had no idea who the character was, but I have to say I found the pilot intriguing. This is the gist: Harley’s the spunky accomplice to Batman’s nemesis, The Joker. I know, it sounds gimmicky, and while it can play into the comic-speak a little too much, but there was enough careful plotting and eeriness for me to get past all that and want more. Quinn is a psychiatrist with a twisted life of her own–she suffers from the very disorder she’s treating. Some of the dialogue is a little hokey, and her wig is pretty terrible, but the editing is quick and precise in just the right places, and the cinematography is artful. The setting is that gritty Batman feel–a dark, wet, gray Gotham, and there’s a stunning shot of dollars cascading down the rooftop to the street below, not to mention a kick-ass fight scene. So far, the series has a promising start. There were some slow moments, however, so I’m curious to see if episode two can crank things up a notch. You can find Harley Quinn episode 1, “I Ain’t Weak”, on YouTube.