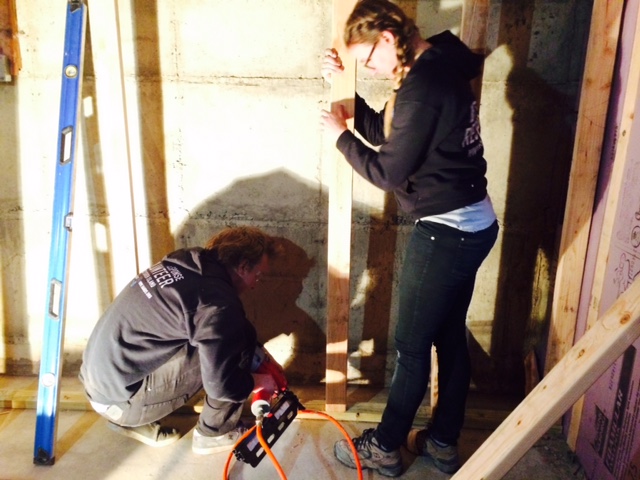 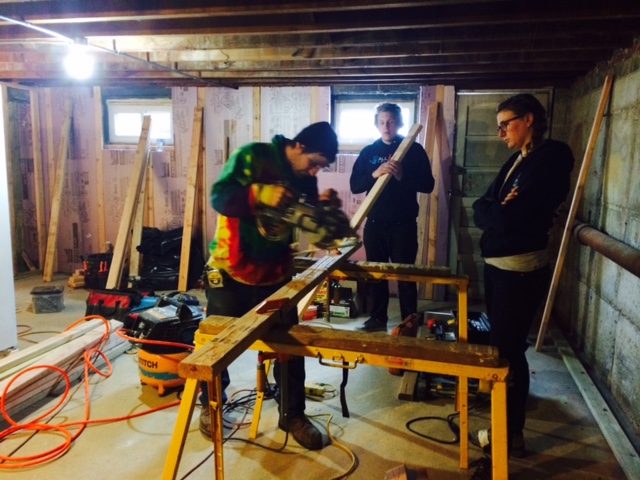 All Hands, a volunteer organization dedicated to rebuilding areas affected by natural disasters, is one of the nonprofits picking up the slack in the city’s Sandy Recovery efforts. Photo: Kate Hooker

It’s been almost two and half years since Superstorm Sandy beat the crap out of our city. For the lucky among us, who weren’t directly affected by the storm, life pretty much went back to normal once the subway system was back up and running. The same, though, can’t be said for homeowners whose houses were damaged or destroyed—thousands are still embroiled in the grim recovery process and have yet to move back home thanks to the slow-moving cogs of city government.

According to The New York Times, the city’s Build It Back program, which was initiated during the Bloomberg administration, has received some 20,000 applications for assistance to date. However, as of last week, construction had only started on 1,060 homes and less than 3,000 reimbursement checks had been issued. Charitable and community-based organizations, which are not subject to the same bureaucratic restrictions as government agencies, have been able to pick up some of the slack, but the reality is that there is still an overwhelming amount of work to be done.

All Hands, a volunteer organization dedicated to rebuilding areas affected by natural disasters, is one of the nonprofits that has been filling the void, and it recently received funding to set up a new long-term recovery project in Brooklyn. A group of volunteers–mostly in their 20s–flew in from all over the country in January and have been on the job ever since, hanging drywall or building door frames by day and sleeping on bunk beds in a Coney Island church basement by night. One Thursday late last month, I joined them for an eight-hour shift framing walls in a basement apartment in Canarsie.

I met my team at the All Hands base, which has the look and feel of a youth hostel, at 7:45 am. We piled into a van to drive to our worksite. My site supervisor, Chris, and the two other volunteers I was grouped with were all from elsewhere and were veterans of last year’s All Hands Sandy recovery project in Staten Island. Collectively, the three of them had already spent about 15 months total away from their lives, friends and family in order to help New Yorkers get their lives back together after the storm, a realization that was humbling and sort of embarrassing in light of the fact that I live a short subway ride away and didn’t even know that organized volunteering opportunities were still happening. What I was most prepared to be embarrassed about, however, was my general ignorance about construction and tools. I assumed, based on my profound unhandiness, that I would spend most of the day watching and trying to stay out of the way. Chris, who possesses both incredible patience and an encyclopedic knowledge of tools and how to safely use and care for them, had a different idea.

If you’d told me at 8am that I would be wielding a nail gun by the end of the day, a la Snoop from The Wire, I would have told you that a hospital visit would surely be part of the mix. But, there I was, firing galvanized nails into a wall frame that I had helped to measure and cut (with a circular saw, no less), and everyone present lived to tell about it. Even better, by the time we called it a day at 4pm, we’d made considerable, tangible progress on the apartment. It was one of the more educational and rewarding volunteer experiences I’ve had, and one that I highly recommend if you can spare a day or more sometime over the next several months. All Hands’ project runs from Tuesday-Sunday between now and the end of August, and can accommodate groups of volunteers. Apply here; find some clothes you don’t mind getting dirty; pack yourself a lunch; and get to work rebuilding your borough.