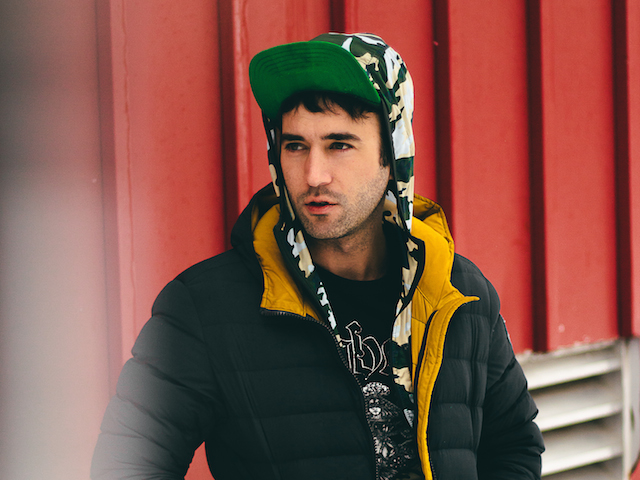 Sufjan Stevens, a Detroit native, now lives in Brooklyn and works out of his studio in Dumbo. Photo: Asthmatic Kitty

Of the albums that came out in 2005, Sufjan Stevens’ breakthrough record Illinois stands out in my mind. When I first came across it back then, it was unlike anything I’d heard before: an ambitious, 22-song indie folk rock album that clocked in at over 70 minutes, based on the history of the Prairie State. (At the time, it was the first of a supposed project in which Stevens would compose a musical work devoted to each of the 50 states.) I remember being struck by the album’s idiosyncratic nature, from the instrumentation to the lyrics—it was like modern rock’s version of an avant-garde record. 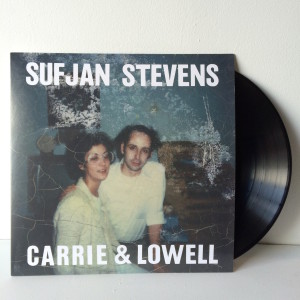 Since then, Stevens hasn’t exactly followed a conventional musical path or conformed to mainstream tastes in his acclaimed career. The Detroit native and now Brooklyn-based musician has also recorded a biblical-themed record (Seven Swans); an electronic music project based on the animals of the Chinese zodiac (Enjoy Your Rabbit); and two boxed sets of Christmas music. He also wrote a symphony based on the Brooklyn-Queens Expressway. Most recently, Stevens composed the score for Round-Up, a documentary about a rodeo; both the film and the accompanying live music were presented last January at the Brooklyn Academy of Music.

Finally, following his 2010 studio album The Age of Adz, Stevens returns with perhaps his finest work to date, Carrie & Lowell (due out on March 31 on Asthmatic Kitty, the label he co-founded). Compared to Age‘s very experimental and electronic-oriented leanings, Carrie & Lowell (titled after Stevens’ mother and stepfather) is very musically intimate and straightforward; in other words, it’s more acoustic folk and less Radiohead.

The songs appear to be meditations on faith, mortality and grief—not surprising since they were written in the wake of his mother’s death, and Stevens’ lyrics often draw on religious themes, as referenced on tracks like John My Beloved (“Jesus I need you, be near, come shield me/From fossils that fall on my head”) and Drawn to the Blood (“With blood on my sleeve/Delilah, avenge my grief/How? God of Elijah”). Aside from some of the melancholic aspects in these stream-of-consciousness lyrics (as in the gorgeous-sounding Death With Dignity), there’s definitely a sense of yearning as evoked in The Only Thing and the tender Eugene–along with a haunting beauty that runs through All of Me Wants You and No Shade in the Shadow of the Cross.

The instrumentation on Carrie & Lowell is very stripped down, mostly acoustic guitar (one can hear the finger picking with clarity) accompanied by slight electronic/orchestral flourishes that lends a sense of wonderment and majesty; Stevens’ whisper-y, crystalline voice further conveys the intimacy and warmth.

While the term accessible is not exactly a part of this artist’s vocabulary, Carrie & Lowell is more down to earth but no less poignant. The result is a glowing work that feels like a salve to the soul. It wouldn’t be a surprise when this record is talked about again in December as the critics put together their year-end best lists.