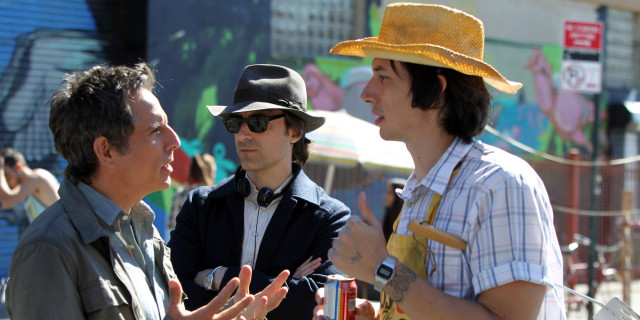 As one of our Ideal Week writers, Alexander Jordan, put it, Neil “fucking” Diamond is playing Barclay’s tomorrow, and tickets are still available to see the man who can make an entire bar sing “Sweet Caroline” (DAH DAH DAHHHH). A far cheaper night of music you know and love will be at The Bell House tonight for our wedding band showcase, words that may trigger your cheesiness meter, except that this is NYC, and the bands we’re featuring are filled with awesome musicians like Joe McGinty, former keyboardist for the Psychedelic Furs and now the piano-playing leader of the city’s most popular tribute band, Loser’s Lounge. The tickets, which include snacks from Red Table Catering, are $12 at the door but you can get em for $5 until 6pm, here.

In strange animal news, that rabbit-hoarding woman in Gowanus is suing to get her 237 syphilitic bunnies back from the ASPCA and Animal Care & Control of NYC. The plight of her animals pales in comparison to the roughly 2.4 million humans who serve time in prison, and there is an event this Saturday that deals seriously with incarceration and its effect upon the psyche, when Orange is the New Black author Piper Kerman speaks with Joe Loya, author of The Man Who Outgrew His Prison Cell, at the Brooklyn Museum.

Further out into the calendar, RadioLoveFest is returning to BAM in May, and there are already shows with single-digit tickets left, like Wait Wait…Don’t Tell Me. So get on it quick if you a public radio lover, then check out all the good times to be had this week that are not in danger of selling out.

Thursday, March 26: Why is Noah Baumbach’s new movie not opening in Brooklyn? It seems a crime not to give his prime audience first dibs on While We’re Young, a movie featuring “Brooklyn hipsters” Adam Driver and Amanda Seyfried. The two inject a little verve back into the lives of a middle-aged couple played by Ben Stiller and Naomi Watts, until they realize Driver is using them to bolster his career. Everyone 40 and above will be a little reluctant to watch this, but wisdom and experience seem to win out in the end. As The New Yorker‘s Anthony Lane put it, “one of the rare benefits of age” is that “you can start, at last, to tell the difference between a life style and a life.” The film opens Thursday at Regal Cinemas Union Square, then adds screenings at Lincoln Square over the weekend, until it arrives in Brooklyn on April 2 at BAM.—N.D.

Friday, March 27: No great revolution started without a lot of talking about how great the revolution was going to be. Such is the case with this weekend’s Bad Assery: A Women & Comedy Conference, which will not only include lots of discussion about the state of women in comedy, but a lot of laughter as well. Co-hosted by The Bell House, Littlefield, and ?What If!, comedy enthusiasts are invited to come together for three days of events, including panels—like “Breaking Out” with Brooke Van Poppelen—sketch shows and standup from big names like Aparna Nancherla and Michelle Wolf, music, and much more with some of the funniest ladies in the city. For those simply hoping to stop by for a show or two, tickets are $15 for shows and $20 for panels at the door, or if you’re in it for the long haul, purchase $40 1-day passes and $75 three-day passes here. Head to the Bad Assery website for the full schedule.–N.R.

Saturday, March 28: It’s always fun when a bass player of a hugely popular rock band releases a record of their own as a side project–it gives their fans a unique opportunity to look into that musician’s inner thoughts about music, what they like personally, with no regards as to whether or not it could become an anthem for soccer/hockey stadiums, or even what the lead singer from their day job band might think of it. It really helps if the songs don’t suck. This is true of Nate Mendel, bassist for the Foo Fighters, who just released a solo record under the name “Lieutenant.” It shows a much softer, pop-oriented side of Mendel’s abilities, who is usually relegated to pounding out root notes under Dave Grohl’s screaming guitar chords, as well as Dave’s pounding drums, and, well, Dave’s screaming. This is the newest chapter in Mendel’s professional rock star career after having recorded and toured with Foo Fighters since 1996, when he left emo pioneers Sunny Day Real Estate. It’s nice to know that Mendel still cares about making good music after all this time, when really a man with his income could devote his free time to caring about vintage cars or hedge funds. If nothing else, this is the only way you’ll get this close to Mendel for only$15 when he plays Mercury Lounge tonight–you can’t even park a car at a Foo Fighters show for so little.–A.J.

Sunday, March 29: You know those elaborately decorated eggs you see on display around Greenpoint and Eastern European shops in the days leading up to Easter? The style is known as pysanka, and the Knockdown Center in Maspeth, Queens is leading an all-ages, free workshop on this Unkranian form of egg decorating using beeswax and a special tool called a kistka. Maspeth isn’t a stone’s throw from Ridgewood, but it’s definitely in walking, or better yet, biking distance, so you could combine the workshop with a day spent exploring Ridgewood’s butcher shops, bakeries, bars and galleries using our neighborhood guide.–N.D.

Monday, March 30: As the site of the Domino Sugar Refinery slowly gives way to millions of square feet of shiny, new residential and retail space, it’s increasingly important that we don’t distance ourselves from the loss of an iconic landmark. In that spirit, the Brooklyn Historical Society and New York Landmarks Preservation Foundation are co-sponsoring a discussion this Monday with Greg Pasquarelli, a founding partner and principal at SHoP Architects, the firm behind not only the Domino redevelopment, but the Barclays Center and East River Waterfront projects as well. Pasquarelli will discuss the implications of the refinery development with Architectural Record editor-in-chief Cathleen McGuigan, hopefully touching on what parts of the refinery and its history will be preserved. Tickets are $5 for BHS and Green-Wood Cemetery members, $10 for the general public, and can be purchased here. Doors open at 6pm–N.R.

Tuesday, March 31: An exotic trio of new cookbooks arrives on shelves this month and next that will inspire you to try a new style of cooking, or reconnect with your culture. Leah Koenig’s Modern Jewish Cooking, Louisa Shafia’s The New Persian Kitchen, and Cathy Erway’s The Food of Taiwan (which we talked to her about here) all examine the authors’ respective food heritages, and on Tuesday at powerHouse in Dumbo, they’ll speak with Wall Street Journal Food & Drinks editor Beth Kracklauer about the process of exploring their foodways.–N.D.

Wednesday, April 1: Fare hikes aside, the MTA and the city’s public transit system never fails to provide fodder for spirited discussion. In honor of that, the New York Transit Museum has launched a new series entitled Platform, which is open to members of the public looking to express their views on the transit system through storytelling, dance, art, and any other medium imaginable. On Wednesday, head to the museum to check out nearly a dozen exhibits for the series, including a photographic collage of pedestrian icons from around the world by artist Maya Barkai, a rare performance of 1985’s Music for Subways by composer Bob Goldberg, and Barnum Effect’s All Ears, a live comic piece inspired by real conversations overheard on subways throughout the city. Tickets are $10 for museum members, $15 for the general public, and can be purchased here–-N.R.