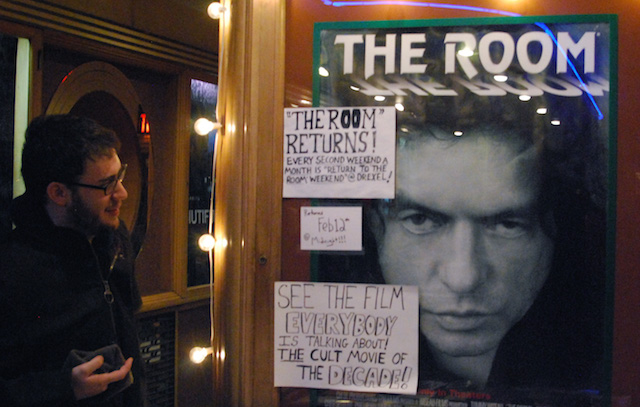 There are bad movies, and then there are really bad movies. From Ed Wood’s Plan 9 From Outer Space to the Mariah Carey vehicle Glitter, the history of cinema is endlessly littered with disasters that beg one to wonder: Who thought it was a good idea to make these films in the first place? Yet from the comfort of our living rooms or a darkened theater, we can appreciate these bad films as cheesy fun and totally ripe for mocking.

Making fun of these pictures through heckling (or riffing) is an art form that actor and writer Bill Corbett has perfected over the past 20 years. He is best known as one of the stars of the beloved cult TV series Mystery Science Theater 3000 (MST3K for short), which ran on cable from 1989 to 1999. Several years after the end of the series, Corbett re-teamed with fellow MST3K alumni Michael J. Nelson and Kevin Murphy for their current venture RiffTrax, a continuation of the peanut gallery format pioneered on MST3K. (Here is an example.) Founded in 2006, RiffTrax provides funny audio commentaries featuring Corbett, Nelson and Murphy, which are either pre-synced to movies you can download, or that you can synch with your own DVDs/downloaded movies and let the hilarity ensue. In addition to B-movies and old film shorts, the RiffTrax catalog features commentaries for top-tier works like Star Wars, The Hunger Games, The Avengers, and Casablanca. RiffTrax’s real bread and butter, though, is in overdubbing awful films. 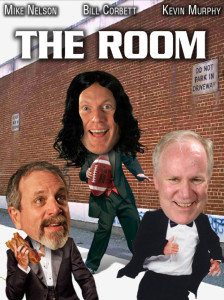 Tomorrow, April 17, the RiffTrax guys are making their New York City debut at the Tribeca Film Festival by riffing on several “illustrious” examples of cinema, including The Room—regarded as one of the worst films in history. Once again, Nelson, Corbett and Murphy are bringing the RiffTrax experience to a live setting, delivering their zingers at a screening onstage. In early May, they’ll repeat the riffing for a live broadcast via satellite at theaters nationwide.

Corbett—who is originally from Bay Ridge and attended Xaverian High School—says he’d known about The Room for a while. “There are plenty of bad movies out there, but then there are these just masterpieces of badness. They’re so great in a way—that every move is wrong in such a funny way. That to me is one of the things about The Room. I know it became a cult hit in L.A., and the legend kept growing until we finally said, ‘We have to consider this.’” 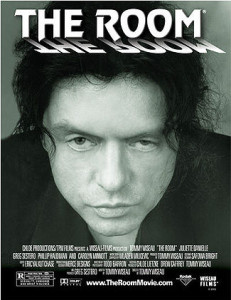 Written, produced and directed by Tommy Wiseau, who also starred in it, The Room reportedly cost $6 million to make—the L.A. billboard alone reportedly cost $5,000 a month and stayed in the same spot for five years. Although it was a bust when it was first released in 2003, The Room has since gone on to become a cult classic and even inspired a book from one of its co-stars about the production. One need only look at random YouTube clips of the movie for its unintentional humor to present itself according to Corbett—“I shouldn’t downplay our contributions,” he says, “but this is one of those movies that almost doesn’t need a RiffTrax. But I do think we make it funnier.”

‘RiffTrax Live: The Room‘ will take place on April 17 at SVA Theater, 333 W. 23rd St., Manhattan, as part of the Tribeca Film Festival; 9:30pm; Tickets, which are $38.50 each, are currently on rush/standby, so you should arrive 45 minutes before the screening, as admittance is based on what is available; there is a limit of one rush ticket per person. If you can’t make that event, the live riffing of ‘The Room’ will also be broadcast on May 6 and 12. You can find other screenings around the country here.