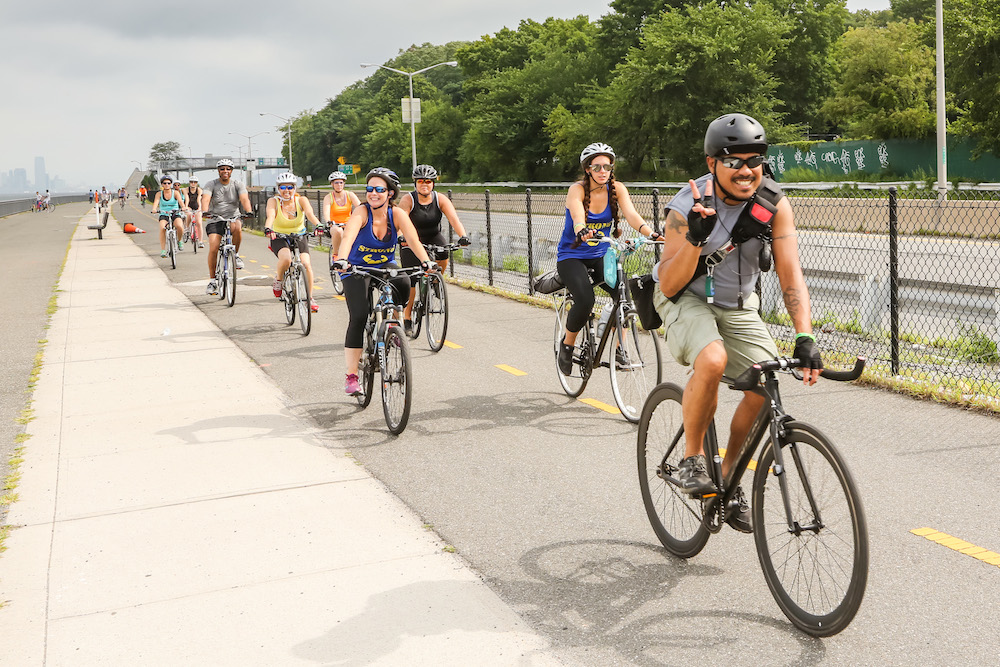 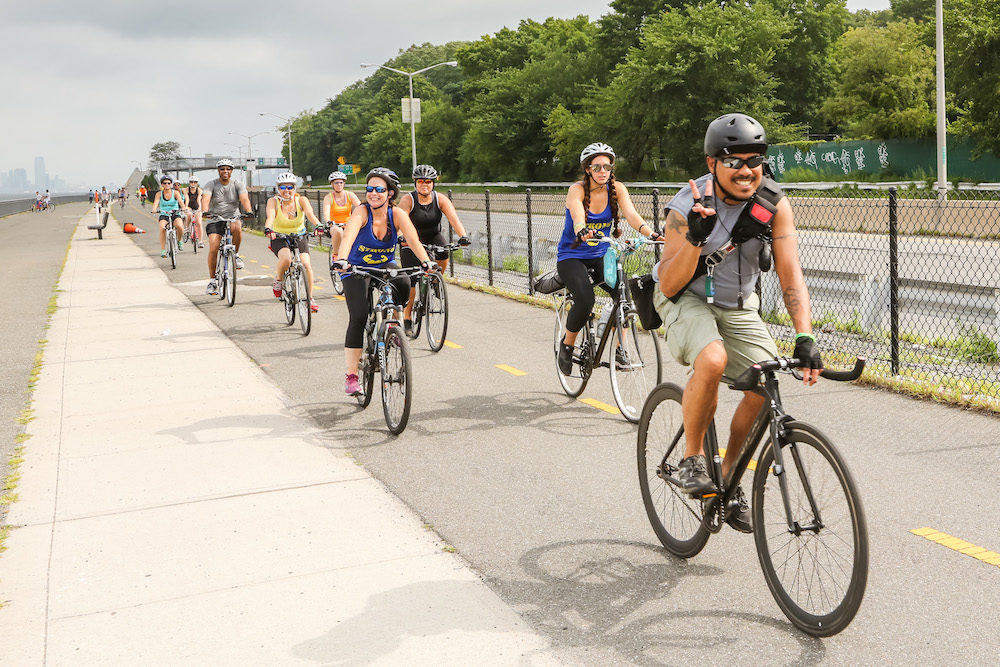 It can be easy to forget that Brooklyn is, for the most part, surrounded by water. From the East River and the New York Bay, to Jamaica Bay and the Atlantic Ocean, Brooklyn’s coastline is worth a tour. And there’s no better way to see all of it in one day than by bike.

Registration is now open for The Epic Ride, a 40-mile bike ride from Greenpoint to Rockaway Beach presented by Brooklyn Greenway Initiative (BGI). Now in its seventh year, this tour of the Brooklyn-Queens waterfront will take place on Saturday, July 25.

Riders will have the opportunity to discover hidden and far flung neighborhoods, pedal through city, state, and national parks and take in spectacular bridge and city views along the Brooklyn Waterfront and Jamaica Bay Greenways. Last year’s event saw nearly 1,000 cyclists take part and this year’s ridership is expected to grow. The route will showcase the potential of a fully completed Brooklyn Waterfront Greenway combined with a completed Jamaica Bay Greenway and will travel along existing, new, and soon-to-break-ground Greenway segments. 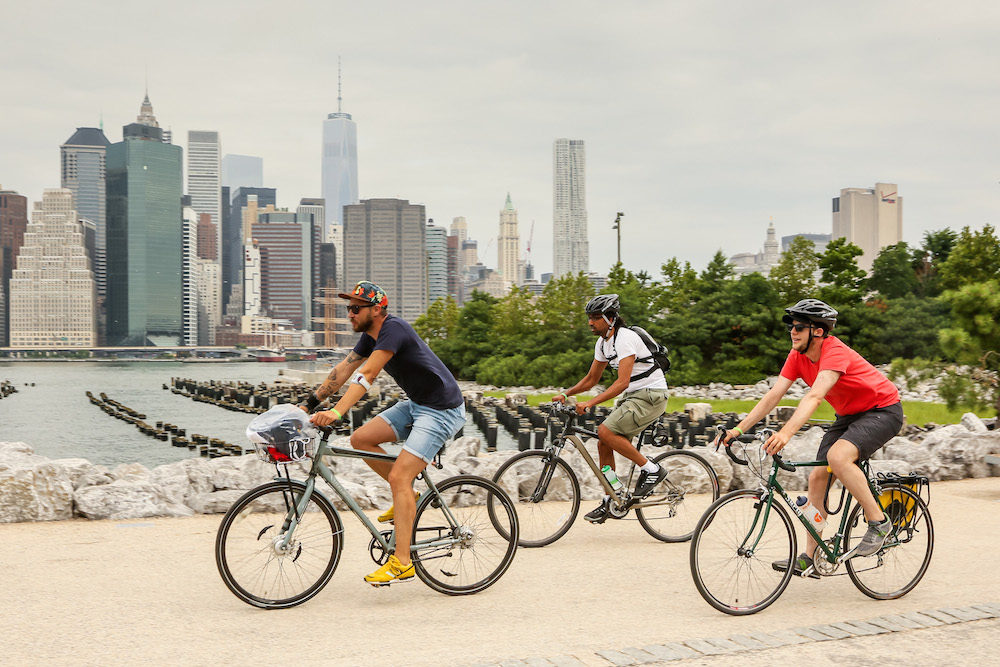 Riders will be fully supported by experienced marshals and mechanics along the route and refreshments will be offered at scenic rest stops. Following the ride, participants can continue the fun at The Epic After-Party on the Rockaway Beach Boardwalk with bands, food and complimentary beer.

“The Epic is the quintessential mid-summer bike ride around the entire Brooklyn waterfront, ending up on the beach where many riders cool off with a plunge into the Atlantic,” said BGI Co-Founder Milton Puryear. “The feel of the ride is relaxed and collegial and ‘of the people.’ Riders get to move at their preferred pace with a fast and a moderate group starting sequentially at the beginning,” Puryear added.

A 2014 Epic rider said, “What a gorgeous day, the ride was great and the after-party was fantastic! It was a relaxing ride, great destination, well organized and very friendly people. My favorite ride of the summer!” 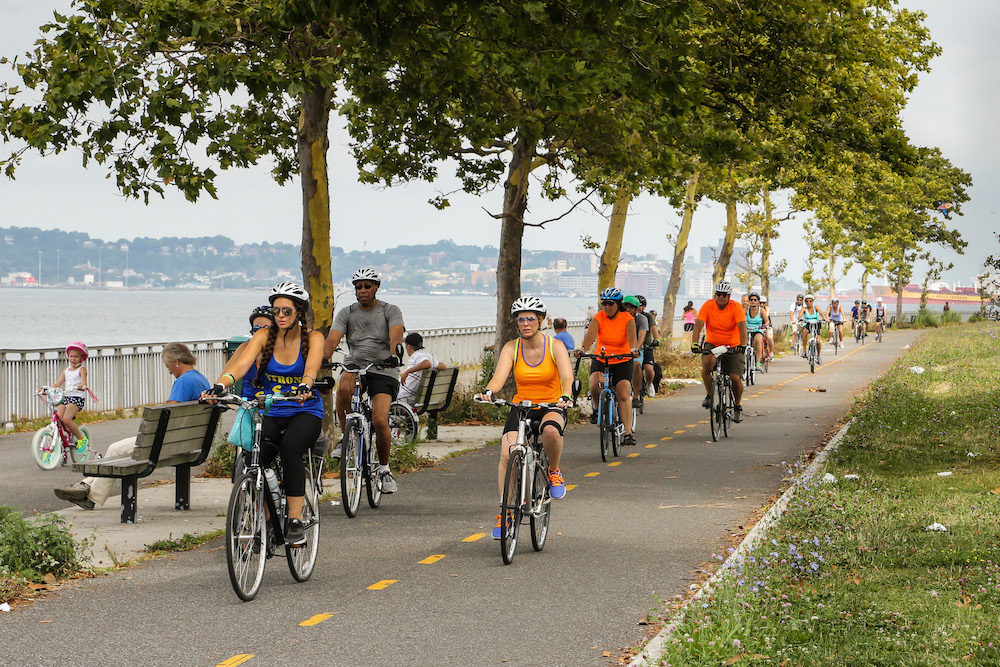 The Epic Ride has taken green to the next level by becoming Brooklyn’s first ever certified sustainable event by the Council for Responsible Sport in 2014. Working with GROW NYC, The Epic is a “zero waste” event through recycling and composting initiatives, and sources locally produced and organic goods wherever possible.

By participating in The Epic Ride, riders will be supporting Brooklyn Greenway Initiative, the non-profit organization committed to the development, establishment and long-term stewardship of the Brooklyn Waterfront Greenway. When complete, this 14-mile landscaped route for pedestrians, runners and cyclists will connect neighborhood parks and open spaces from Greenpoint to Bay Ridge. The Epic also supports the Jamaica Bay Greenway Coalition, a partnership of public and private agencies and local organizations committed to improving and expanding the Jamaica Bay Greenway to be a safe, cohesive, accessible, and user-friendly route around the Bay.