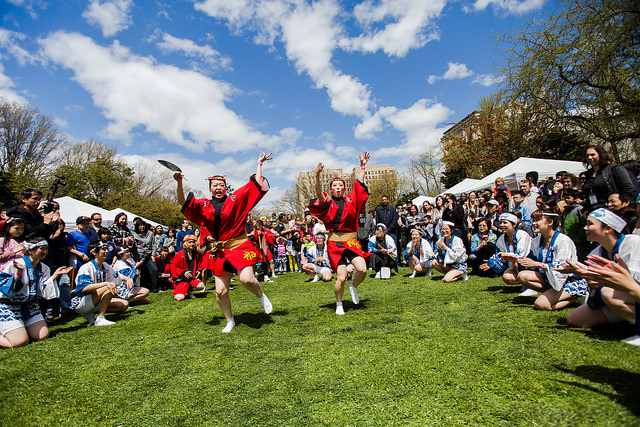 The Sakura Matsuri festival, a rite of spring in Brooklyn, returns on Saturday and Sunday. Photo: Liz Ligon via Brooklyn Botanic Garden

Are you still basking in the glorious glow of last weekend’s weather? Guess what, guys–it’s only the beginning! Months of sun and fun times outside stretch before us, and you can almost feel a collective sigh as everyone shrugs the weight of winter off their shoulders. This weekend, you can take in a giant dose of Mother Nature at the Brooklyn Botanic Gardens’ famed Sakura Matsuri festival, which celebrates Japanese culture and our borough’s incredible wealth of cherry blossoms; tonight, you can get a jump on your gardening with a free workshop on Bokashi Composting at the Windsor Terrace Library; and you can start planning ahead by donating to Three’s Brewery’s kickstarter campaign to transform a neglected lot into a 3,000 square foot green space that is being called Gowan-oasis.

Speaking of planning ahead, you should hurry up and buy tickets to the second Radio Love Fest, a multi-day festival of live events featuring your favorite WNYC shows on stage at BAM. Some have already sold out, but if you get a jump on it, you can still snag a seat to things like the May 6 Terry Gross interview with Marc Maron or the May 10 tribute to Morrissey by a an all-star lineup of Mexican bands.

Do you really miss perms, glam rock, and pastel taffeta? Hit up the If You Leave: Pretty In Pink 80’s Prom at Littlefield on Saturday night and dance the night away in the style of the most decadent decade–who cares about that jerkface Blaine anyway!

And for a 90’s throwback with an important social objective, head to Washington Square at 7pm tonight to see Kevin Powell, the Real World star turned influential political activist, speak at “Where Do We Go From Here,” BK Nation’s public forum on how to organize communities in the aftermath of Ferguson, and the deaths of Walter Scott and Eric Garner.

We’ve got lots more great ideas of things to do to round out your Ideal Week in Brooklyn, from comedy to hip hop to beekeeping– read on and start making plans: 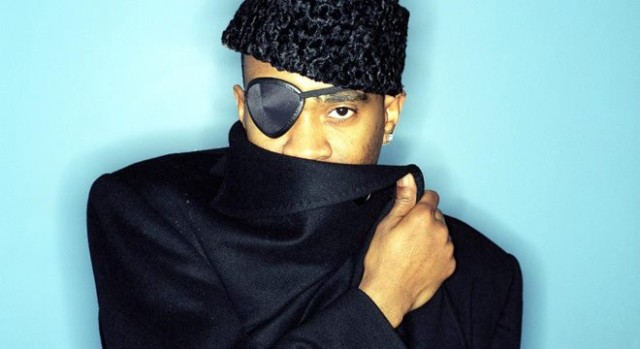 Classic rap fans, clear your calendars: The king is coming. This Thursday, the Slick Rick— he of “La Di Da Di,” “Teenage Love,” and “Children’s Story” fame—is gracing Brooklyn with his presence, heading to The Wick in East Williamsburg for a very special show. Rick will be joined by a great lineup of special guests, including #$, Mess Kid, STL GLD, and DJ/producer Hot Sugar, whose tunes have been featured on Broad City. Tickets are just $20 and can be purchased here; doors open at 8:30pm. –N.R. 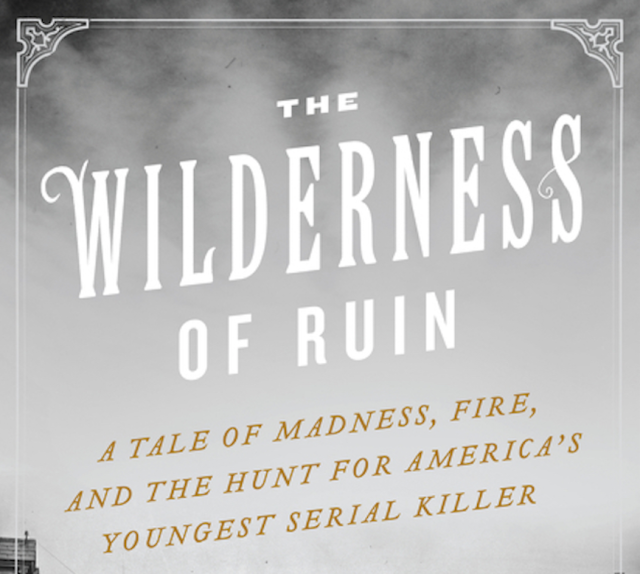 Author Roseanne Montillo will be lecturing about the subject of her new book, who happens to be a very creepy child murderer from the 1800s, at Morbid Anatomy Museum on Friday. Photo: Harper Collins

Given the limitless popularity of shows like The Jinx, Hannibal, Luther, True Detective, The Fall, Sherlock, Broadchurch, etc., I feel confident that I’m not alone in being disturbingly fascinated with stories about murderers. [Sidenote: I’m alarmed by my realization, as I typed that list, that I’ve watched ALL of those shows. What is wrong with me?] This Friday night, Morbid Anatomy Museum has an event that might be of interest to you fellow sickos: an illustrated lecture on the new book entitled, The Wilderness of Ruins: A Tale of Madness, Fire, and the Hunt for America’s Youngest Serial Killer. Apparently, Boston residents in the 1870s were terrorized by Jesse Pomeroythe, a 14-year-old homicidal maniac who was dubbed “The Inhuman Scamp” or “The Boy Fiend” by the newspapers of the day. Distinguished Bostonians Oliver Wendell Holmes and Herman Melville took a special interest in the case, and were determined to try to understand the psychology of the young serial killer, so at least we’re in good company. Expert and author Roseanne Montillo will present a detailed account of the case against Pomeroythe, as well as its lasting impact on the judicial system and studies of the criminal mind. Admission is just $5 and the discussion starts at 8pm. –K.H. 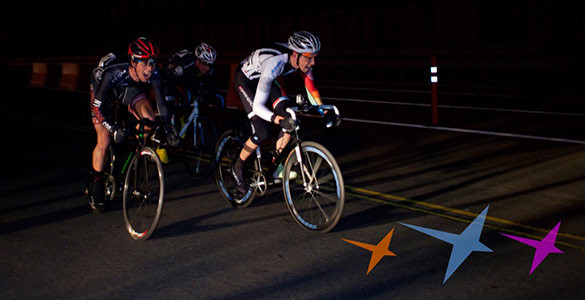 The Red Hook Crit is back in all its speed and adrenaline-charged glory on Saturday, and this year it features an interactive light installation. Rendering via Excite Bikes.

Believe it or not, it’s time again for The Red Hook Crit, one of our favorite annual events in Brooklyn. The nighttime, no brakes fixed-gear bike race on a track in Red Hook perennially draws top professional road racers, bike messengers, and urban cyclists from all over the world to compete in a hair-raising, really fun to watch spectacle. As always, there will be food trucks on site and a raging after party (this year, it’s at Hometown BBQ). New additions to the program for 2015 include Sixpoint beer for sale at the races, and an interactive light installation by Eric Corriel called Excite Bikes (here’s a teaser). The Women’s Crit starts at 8pm, and is followed by the Men’s race and the awards ceremony. Tickets to the after party, which are $10 apiece, are available here. –K.H. 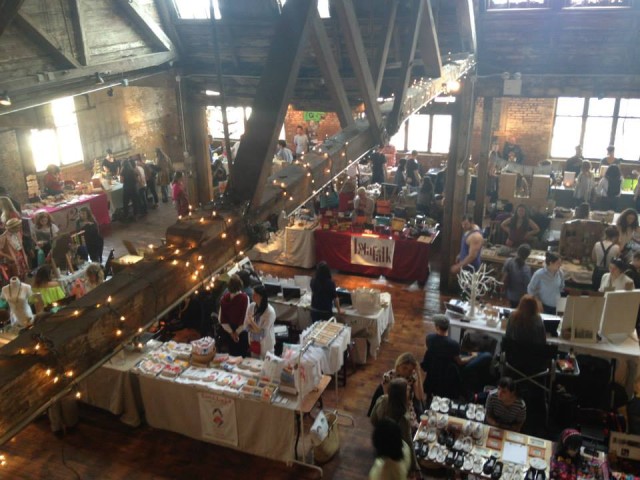 It’s officially spring, which means it’s time for another awesome Greenpointers market. This one has strawberry gin! Photo: Greenpointers

Like clockwork, every seasonal change comes with a great party from one of our favorite fellow Brooklyn blogs, Greenpointers. This Sunday from 1-7pm, head to the Greenpoint Loft for the Spring Market, which promises free activities—nail art, a photo booth, massages, and music—and one-of-a-kind goods from over 60 vendors like SunPark NYC, Proud Dog Paper, and Haskieville Apparel. And don’t worry about shopping ’til you drop, either: There will be plenty of bites, beers, cocktails and coffee to keep you going as well as complimentary chips from Kettle Brand. Check out the full lineup of vendors for this free event here.–N.R. 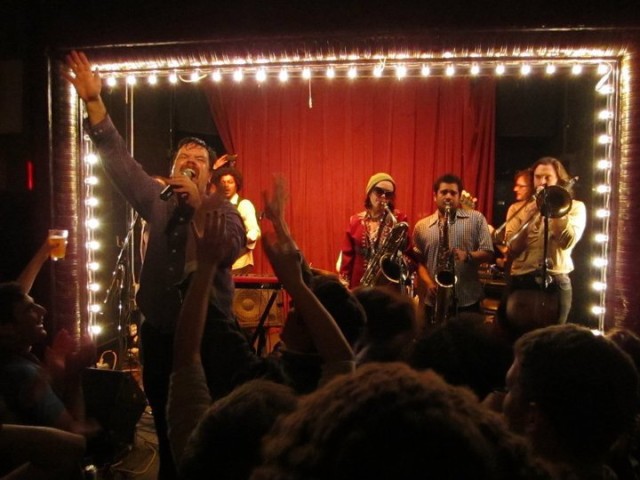 Ever since I wrote about St. Lydia’s, an open-minded dinner church and co-working space in Gowanus, this past winter, I’ve been really interested in local religious groups that are experimenting with new ways to spread their message to a young, urban, socially liberal audience. One enduring example is the Reverend Vince Anderson, a theological school dropout and musician who, along with his Love Choir, has been preaching to packed audiences in Williamsburg for almost 20 years through his unique brand of “dirty gospel.” He’s at Union Pool this Monday night, and every Monday night, where he does two free sets at 10:30 and midnight–singing along and dancing vigorously encouraged! –K.H. 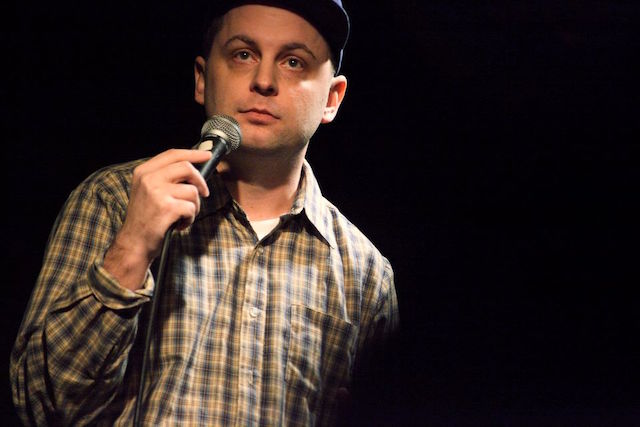 Whether you’re looking to bust a gut by laughing or by drinking too much beer, drop by Brooklyn Brewery this Tuesday, April 28, for a night of both. To close out the month, the Brewery will host a spring edition of the Brooklyn Brew Ha Ha! show, hosted by Broken Comedy’s Mike Denny and featuring funny people like Chris DiStefano (MTV’s Guy Code), Deborah Brooks (Him & Her Comedy), and comedy circuit regular Monroe Martin. Beer tokens can be purchased for $5 each or $5 for 20 and the first 40 guests to arrive will be receive free nachos—yes, free nachos—courtesy of Nacho Ordinary Girls. Tickets are $15 and can be purchased online or at the door.–N.R. 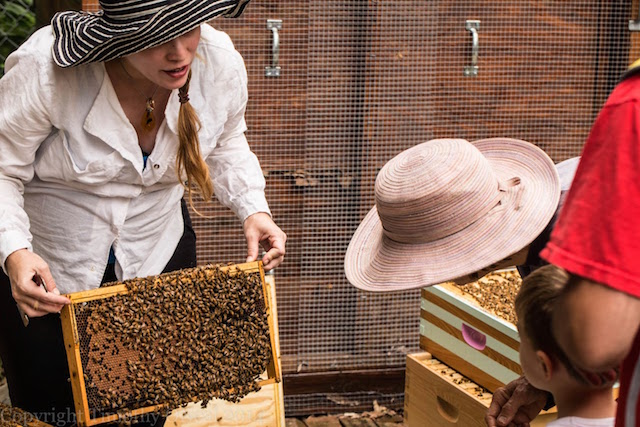 Learn all about urban beekeeping at a talk and tasting at The Brooklyn Historical Society on Wednesday night. Photo: boroughbees.com

You’ve probably read about the relatively new phenomenon called colony collapse disorder and its devastating effect on honeybee populations, but did you know that bees are also facing a host of other new threats to their survival? Although encounters with bees can be painful and even life-threatening, they are fascinating creatures whose existence is absolutely critical to our agriculture and food production. One response to the looming bee crisis has been an increase in the popularity of cultivating home hives, and Brooklyn-based Borough Bees is one of the local outfits leading the charge. On Wednesday, they are presenting a talk at the Brooklyn Historical Society about the history of urban beekeeping and the role it plays in maintaining our access to healthy, fresh food. The talk will be followed by a tasting of varietal and local raw honeys. Tickets are $10 each and should be purchased in advance, and the event runs from 7-9pm.–K.H.

Tips this week by Kate Hooker and Nikita Richardson.