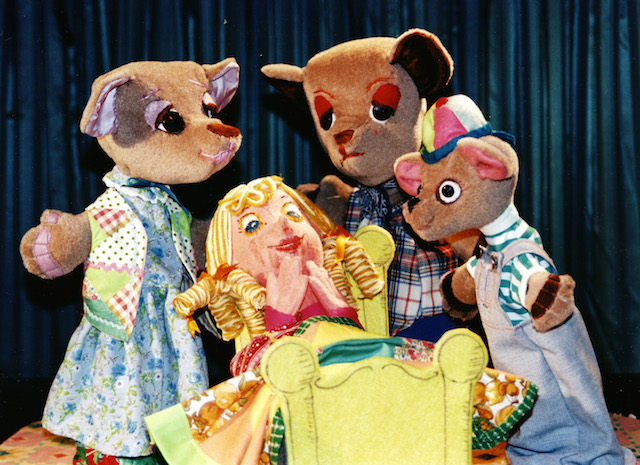 My 5-year-old-son has set up an area of his room (the windowsill and the curtain) which he calls his “play theater,” where he spends hours acting out fairy tales and stories with his stuffed animals. There is a lot of research out there on the benefits of dramatic play for kids, and puppets can add a layer of magic to that. (The longstanding success of Sesame Street,PeeWee’s Playhouse, and the Muppets is pure proof of its hold on children.) Although puppet shows at home and on the big screen are great, nothing builds excitement for young kids like a live show. Usually, these shows are short, economical and geared towards young viewers, so they are great entrées into the world of theater, without the commitment or price tag of Broadway. So during spring break, in between acting out 100 puppet shows at home, we decided to hit up two professional puppets shows in the area. 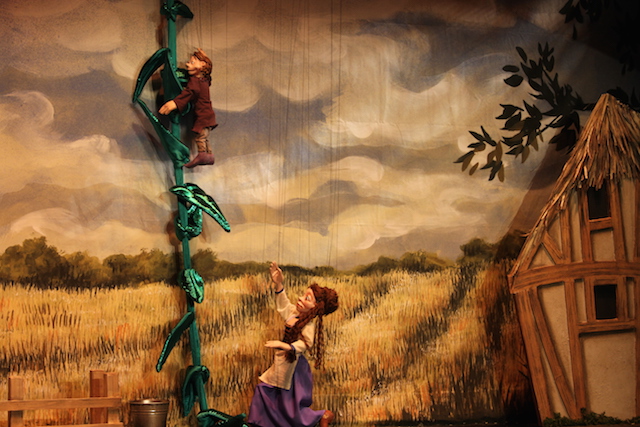 This adorable little fairytale cottage in the middle of Central Park has been performing marionette puppet shows for New Yorkers for decades. Often sold out, and always crowded, this show is worth the inconveniences of attending. Finding the cottage is part of the fun, but allow yourself time to get lost on the curvy paths of the park, and look for a little gingerbread house. The current show, Jack and the Beanstalk, stays true to the original story and wowed us with magical musical numbers, including one that shut off all the lights and lit up stars all over the room. The puppets are joined by a live giant named Milford (played by an actor), who ends up not being scary at all but just in need of friends. Geared to kids between the ages of 3-9, this 45-minute show kept the attention of its audience, with only a few scared toddlers needing to leave when the lights went down. My son’s short review: My favorite part was the mother, because she was so mad.

These simple sock puppets knew how to work the crowd and had their audiences in hysterics. Photo: Puppetworks

Although this theater has been here since 1980, this was the first time I had noticed this magical corner in Park Slope. Known for their engaging marionette performances, which are artfully hung around the ceiling of the theater, we actually saw a sock puppet performance of Goldilocks and the Three Bears. A mischievous and hilarious Goldilocks wanders off from her parents during a camping trip, and wreaks havoc on the poor little bears’ house. All the kids sit criss-cross applesauce on the floor, up close and personal to the puppets, and are encouraged to laugh and applaud energetically throughout. Unfortunately, the Three Bears show has already closed, and Jack and the Beanstalk is taking its place (see above). But this neighborhood gem is the kind of place that we’ll find ourselves going again and again. My son’s short review: I liked when baby bear, who was so funny, planted a seed, and also the dancing panda [a vignette at the end of the show].

Additional places to check out puppetry in May: