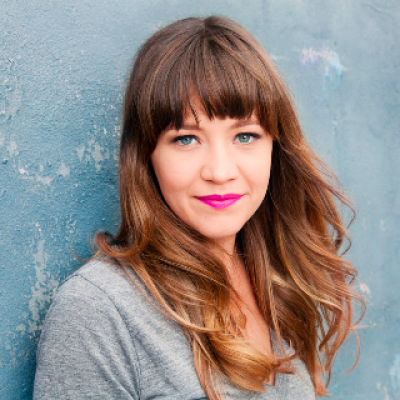 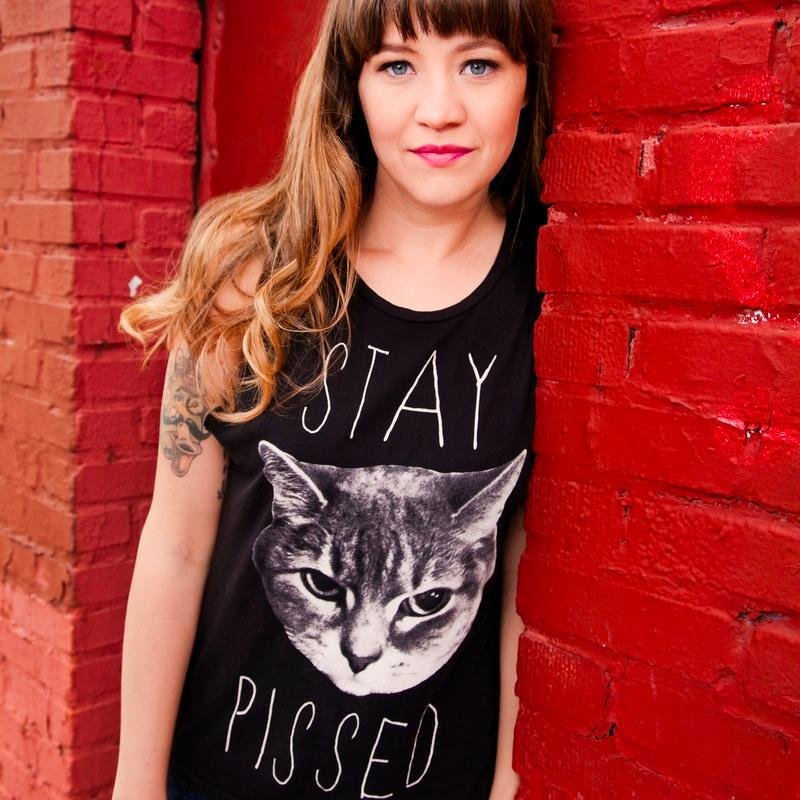 It’s hard to admit, but I first discovered Sue Smith via a listicle. Go to Smith’s Twitter page and it reads: “One of the 10 Funniest Women in New York, according to Time Out New York. My mom disagrees.” While listicles often say little and mean less (sorry, Buzzfeed, I respectfully disagree with your “Cat Vacuuming” rankings), I was glad it pointed me her way. Smith’s debut EP, Slutty Pretzel, which is out today, (sample here) is a reflective and hilarious take on some of the most pressing political issues of our time: eating at 7-Eleven, watching House Hunters, “handsome washing machines.”

It’s her Brooklyn-based material that made my Australian grandma laugh in the car (my grandma has excellent taste, so be cool, reader). And while some of Smith’s content centers around commonly disparaged “women’s issues” (you may have seen her running around McCarren park with a diva cup), she’s refreshingly unapologetic about it. Listening to the album, and watching her perform, you get the sense that she actually cares about the material she writes. It’s rarer than you think. Not too long ago, I went to a comedy show where some guy presented a 10-minute set called ‘The Encyclopedia of My Farts” (Surprise! It was not good).

You can catch Smith every Tuesday night at Amazingtown,  every month heckling House Hunters, or hosting her podcast “Tits and Giggles,” featuring exclusively female comedians. You can also order her E.P. right here, and then on Thursday, May 7, join her and fellow comedians Sara Benincasa, Eliot Glazer, and others to celebrate its release at Over the Eight at 8pm.

I recently spoke with the performer and comedian about the world of HGTV.

How did you select the material for the EP? Was there any material you felt was safer for live audiences?

It’s all stuff that I’ve been working with, it’s all really punchy, and it’s stuff that I’m proud of. But there’s also some stuff I cut out. I did one thing about my mom, and one thing about my dad. When I listened to it, I was like, this is just for the live audience.  This is not for a whole faceless universe of people. I always think of my mom’s face listening to the album. I don’t need her stuff out there like that. I’m trying to lay boundaries with the kind of material I perform, too.

How do you set those boundaries?

Sometimes, when I do a longer set, and it’s all personal stuff, I get off stage, and I feel like I’m gonna cry. It’s super vulnerable and I feel like I’ve exposed everything. And that’s not a healthy feeling for me to feel. I’ve learned how to give in a different way.

Like with your House Hecklers show. (Smith is part of a monthly show that heckles House Hunters, television’s best/most unbearable show about real estate). That’s a fantastic concept. That’s giving.

The way I get material is, if something is in my mind for a week, and I keep thinking about that thing, I know I need to write a joke about it. Over Christmas, I was watching a lot of House Hunters. I think I had two weeks off and I was watching it obsessively. And, I was having so many feelings about it. Like, RAGE. It felt like so many people had different lives than me. I was like, “I definitely need to write about this.”

It’s kind of the show that makes you endlessly angry, especially if you live in New York. You want to be like–wait, you’re like THIS and you own THAT? Do you own a house in Brooklyn?

Are you out of your mind?

No, my boyfriend and I live together. We both work a million jobs. I teach improv at New York Film Academy, do copywriting, lots of things.

You have to. Brooklyn’s the most expensive place to live in the country. But do you think it’s a good place for comedians?

Sometimes I take the alternative comedy scene for granted. That’s not happening everywhere. In, Brooklyn it’s alive and well and great and a vessel for honing your voice in whatever crazy creative way you want to do it.

What does that look to you?

People doing characters on stage. Jo Firestone hosting tons of different kinds of shows, which is amazing. Everyone cultivating a different style that’s just not set-up, punchline. Audiences being receptive to that, cool with it, and laughing at it.

So for you, it’s a really friendly scene.

It is. People are pretty nice to me, but when I first started it was difficult. There’s a hard time breaking in and transitioning to stand-up. It takes a long time for people to look at you and acknowledge you and take you seriously, especially coming from improv. But now I’m in a really good place.

What about for other women comedians? Do things feel any different?

I do Tits and Giggles which showcases women in comedy because I’m a huge podcast fan. I was finding I wasn’t hearing women’s voices on podcasts as much as I’d like to–that’s why I started my own. There are so many female comedians out there, I relate to them so much more, but I’m never hearing them.

I still host open mics for female comics.. When I started going to open mics, it felt very uncomfortable to be in a room and be the only girl with a bunch of dudes making jokes that made me uncomfortable, that didn’t make me feel safe. It wasn’t even an accurate gauge of my sense of humor. From there [the open mics], I built a community.

Have things gotten any better for female comics in general?

It depends on where you go. I think if you are in the alternative comedy scene in Brooklyn, yeah it’s great. In the mainstream community, not so great. Everything depends on your cultural location.

Sounds like comedy has gotten a little more enlightened (maybe). Do you see comics changing their material to be more sensitive?

I think it depends on where someone’s performing. So yeah, I definitely see some club comics go to alt-shows and not get any laughs. Which actually feels so good – to see that their shitty racist material won’t get a response.

You’ve got to believe in your material.

Absolutely. It’s all how you sell it. It’s your perception of you. The more confident I get, the more I live in moment, the more physical I am, the more people laugh at my jokes.

I strongly feel in life that we tell people how to treat us. And it’s all made up.

Ha! I don’t know. I realized I love auditions, I love going out for things, I love writing. After pursuing this career for eight years, the only thing I have control over is my comedy and my performance and my jokes. That’s it–I just want to keep doing that. As long as I’m happy with my performance and how much I’m performing than everything else doesn’t matter. Then I’m happy.