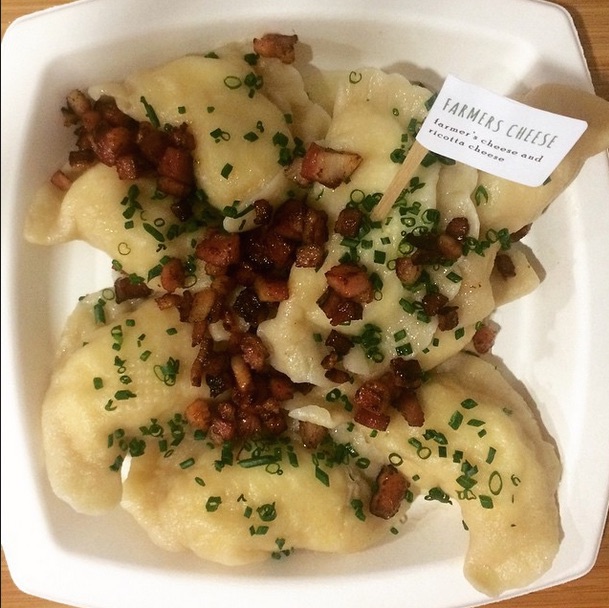 Growing up in Sunset Park, one of Helena Fabiankovic’s favorite treats was her Slovakian grandmother Julia’s rich, potato-filled pierogies. She was so fond of her “baba’s” dough-bombs that “as kids my sister and I would joke about selling them out of a cart,” says Fabiankovic. That didn’t quite happen, but this Brooklyn native has gotten ahold of her Baba’s pierogi recipe and finally found a way to bring them to the masses. Fabiankovic and her boyfriend, Robert Gardiner, also a Sunset Park native, first launched a pierogi-delivery service out of their Brooklyn home, selling the Eastern European dumplings to their local Sunset Park bar, to friends, and to colleagues at the preschool where she worked at the time. As the business took off, the couple began looking for a brick-and-mortar space, and they just opened their tiny, 10-seat Baba’s Pierogies in Gowanus two weeks ago.

Fabiankovic describes their approach as “a little bit old world, a little bit new world, because that’s what we are.” On that note, the menu features eight different varieties of pierogies, from the classic potato and cheese to more new-school options like spinach-garlic-feta and smoked bacon with cheddar and potato — and even a mac-and-cheese-filled pierogi. All of them are freshly handmade and available either boiled, then tossed in butter and chives, or fried and topped with sour cream.

“I will always love the simple potato one, boiled, because that’s what I grew up with,” says Fabiankovic, although she also cites the dessert pierogi –filled with crunchy hazelnut chocolate and topped with whipped cream–as a creative breakthrough and another fave. For the dough, they stay true to Baba’s recipe. “The thing I love about my gradma’s recipe is that it’s super simple,” says Fabiankovic. “It’s just four ingredients. When my grandma first came to this country she had two or three jobs and lots of people to feed every night, so she needed a straightforward winner.” While others like to grate potato into their dough, Baba’s version remains light and is rolled out thinner than usual, which makes for an especially nice crispy edge on the fried version. Slightly sweet and finished in butter, I particularly liked the farmer’s cheese and ricotta version–certainly among the best pierogies I can ever remember having. They’re also a fair price, starting at $8 for a hearty serving of five; $10.50 for a very filling plate of nine. On the other end of the spectrum, I found the mac-and-cheese pierogies uninspiring–the gloopy American cheese adding little flavor to the carb-in-carb action. I’d agree with the owner and go with the classics here.

Baba’s is sticking to the opening menu for now, but plans to experiment with other varieties in the future. Beyond dumplings, there are classic Slovakian carrot, beet and cucumber slaw salads, plus a few other old-world-new-world mashups. The sloppy kielbasa sandwich takes sauteed Slavic sausage and serves it with Sloppy Joe’s seasoning on a brioche bun, while the schnitzel bites are ground pork and chicken, soaked in spices and cream, then deep-fried. The hamwich is built with flavors Fabiankovic recalls from a classic Slovakian “little sandwich”–butter, mustard, ham, sliced egg, sweet pickle, and red pepper relish. In Slovakia, it would traditionally be served open-faced, “but I never understood that,” says Fabiankovic. “I always wanted to just put all of that in a big hero, so that’s what I’m doing.” 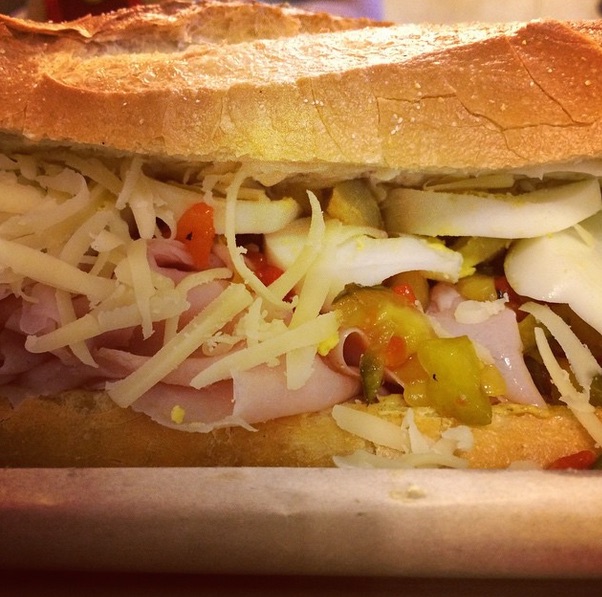 Baba’s delivers within the Gowanus area and parts of nearby Park Slope; plans are in the works to add beer/wine service soon.